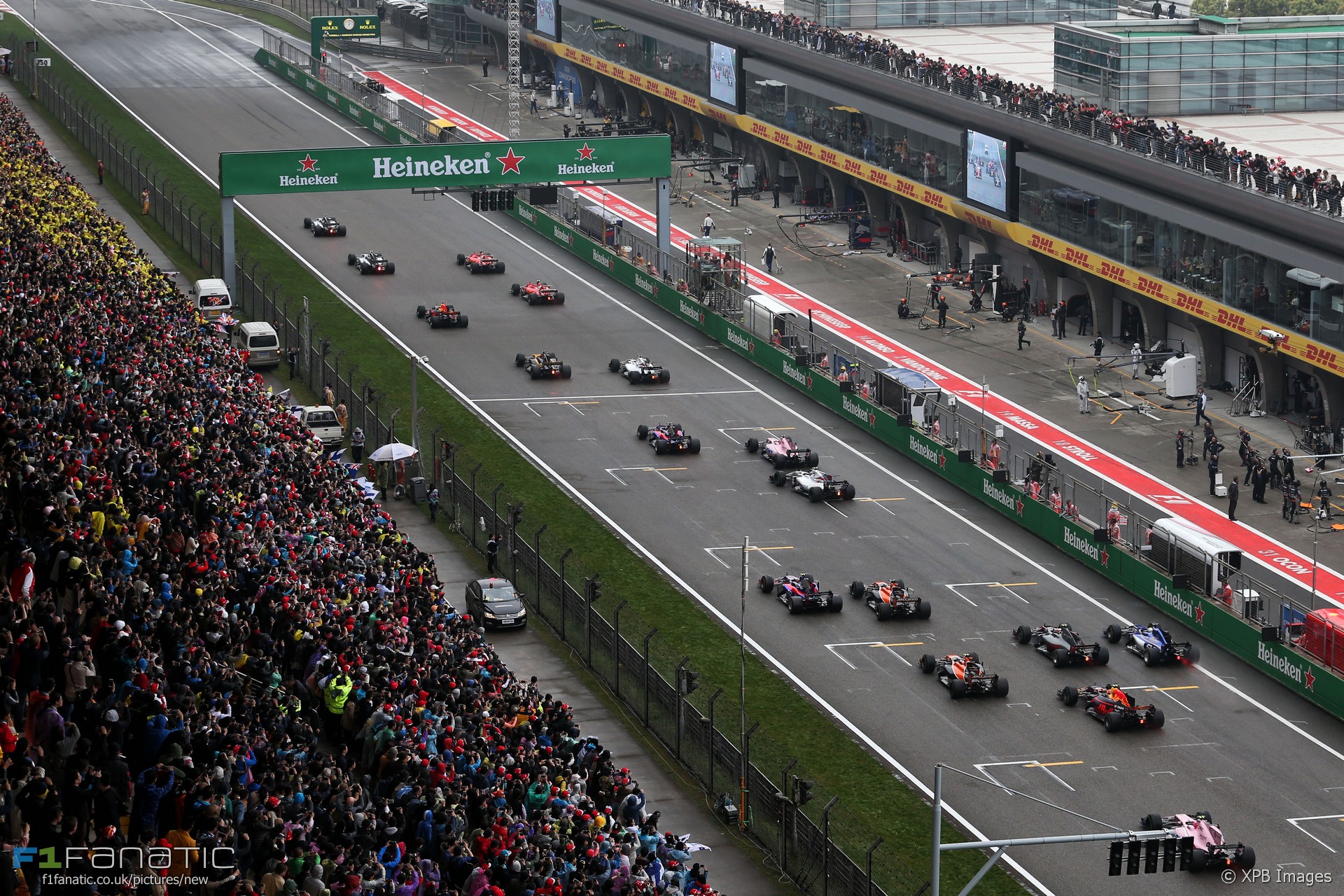 Carlos Sainz Jnr admitted he doubted he had made the right decision by gambling to start the Chinese Grand Prix on slick tyres.

The Toro Rosso driver was the only person in the 20-car field not to leave the grid on intermediate tyres.

“You must’ve seen the faces of my engineers when I told them I was going on super-softs,” he said after the race “They looked at me like I was a bit crazy.”

“It’s a funny moment now but when I saw everyone on the inters I couldn’t believe it. I thought I was maybe too risky for sure.”

However despite a slow initial getaway Sainz was able to stay in touch with the pack which paid off when the rest pitted for slicks.

“I knew everyone was going to pass me in the first four corners but suddenly in turn six the track was fully dry and I could catch the pack back and everyone pitted,” he said. “And I said ‘now I’m the lever one and the risk has paid off’.”

Sainz said his tyre gamble wasn’t the only reason he eventually finished seventh. “I don’t think we only won our race there,” he said. “Also the pace on the super-softs, catching the Ferraris, the Red Bulls that yesterday were one or two seconds quicker on a damp track was also a great achievement I think.”

He also made an error early in the race which dropped him temporarily behind Fernando Alonso’s McLaren.

“I shouldn’t have passed him because I did this little spin under the Safety Car,” said Sainz, “but from then onwards I had a lot more pace and managed to get through.”