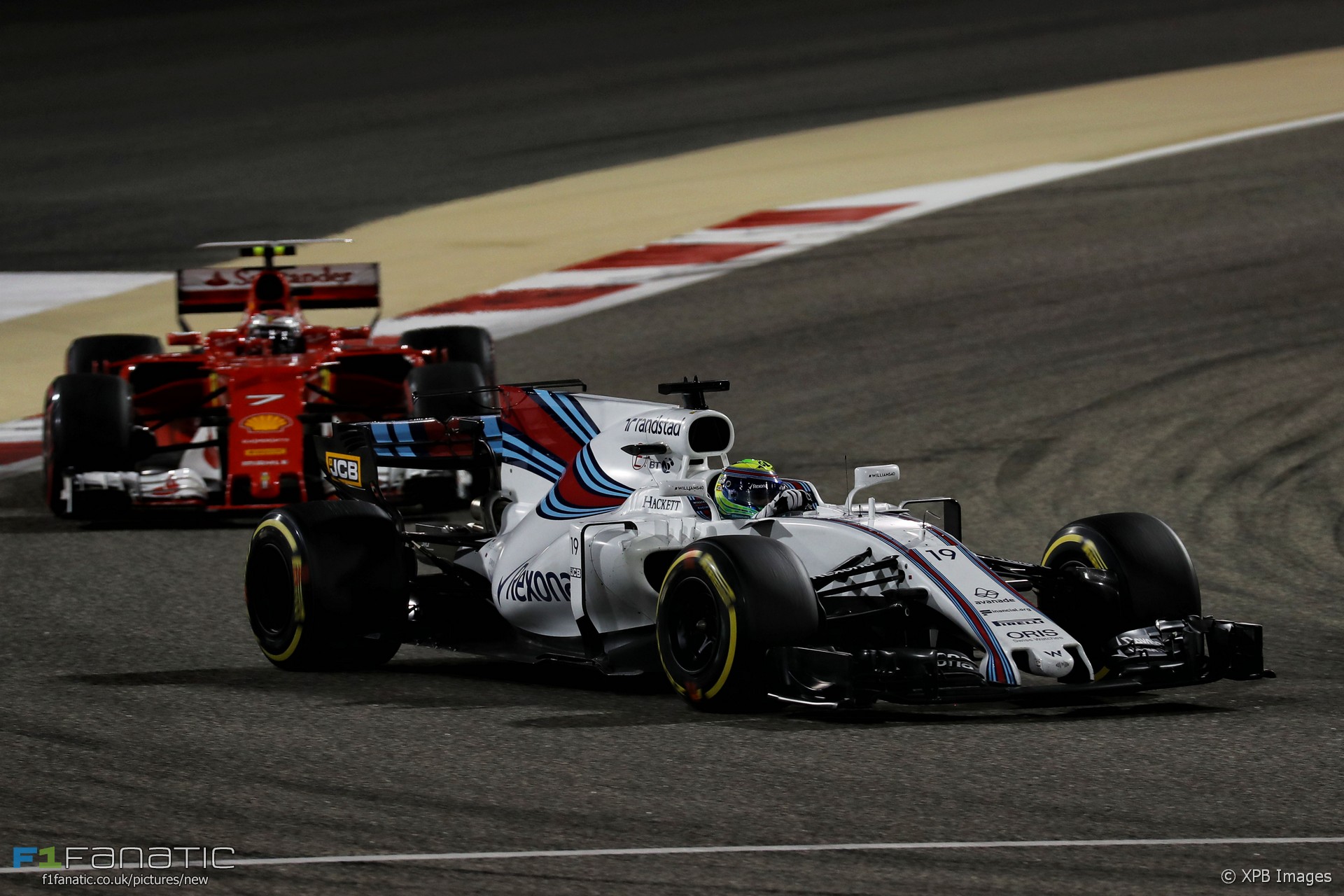 An early Safety Car period prompted most drivers to use two-stop strategies in the Bahrain Grand Prix. Pascal Wehrlein was the only exception.

On the opening laps of the race Bottas was off the pace on his over-pressured super-soft tyres. He held up a queue including Sebastian Vettel, Lewis Hamilton and the Red Bulls.

Once Vettel pitted he was immediately over two seconds per lap faster on another set of super-soft tyres. Red Bull, however, found they lacked pace after putting the softs on. Daniel Ricciardo switched back to the super-softs for his final stint but was too late to stop Kimi Raikkonen from beating him to fourth.

Hamilton also made a late pit stop but didn’t take the super-soft tyres despite having a fresh set available. Mercedes seemingly couldn’t make them last long enough at a sufficiently quick pace to make them a worthwhile choice. Hamilton’s pace began to drop off just four laps into his soft tyre stint.