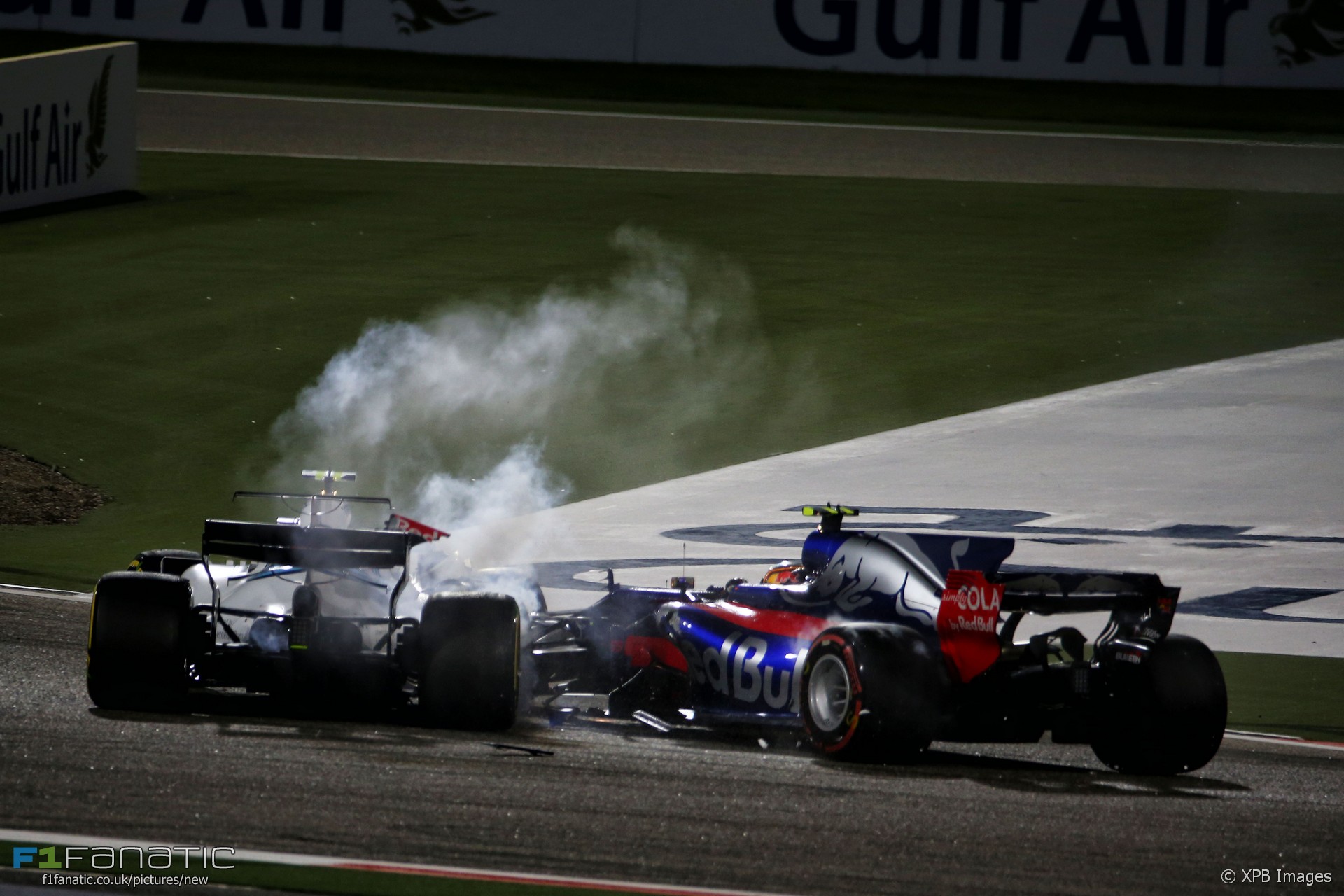 Carlos Sainz Jnr has been penalised three places on the grid for the next race for his collision with Lance Stroll.

The Toro Rosso driver was held responsible for the crash which put both drivers out of the race.

According to the stewards, video evidence “showed that car 18 was on the normal racing line, car 55 left the pit lane and made a very optimistic attempt to pass car 18 into the corner. The Stewards decided that the driver of car 55 was predominately to blame for causing the collision in violation of Article 27.4 of the FIA Formula One Sporting Regulations.”

Sainz has also been given two penalty points on his licence, meaning he now has a total of seven. Any driver who collects twelve points within a 12-month period earns a one-race ban. His team mate Daniil Kvyat is the only other driver to have reached a total of seven.

“I saw Sainz coming out of the pit lane, I was 50 or 60 metres in front of him in the braking zone, and was already turning in and he drove into my side. There is not much else to say, as I have just seen the video and it was ridiculous.”

“I think the race wasn’t going badly. I had a bad start and lost a couple of positions, but boxed early and had a really good beginning to the stint on the soft tyres. I am just disappointed and hope my luck turns round sometime soon.”

73 comments on “Sainz given grid drop for Stroll crash”