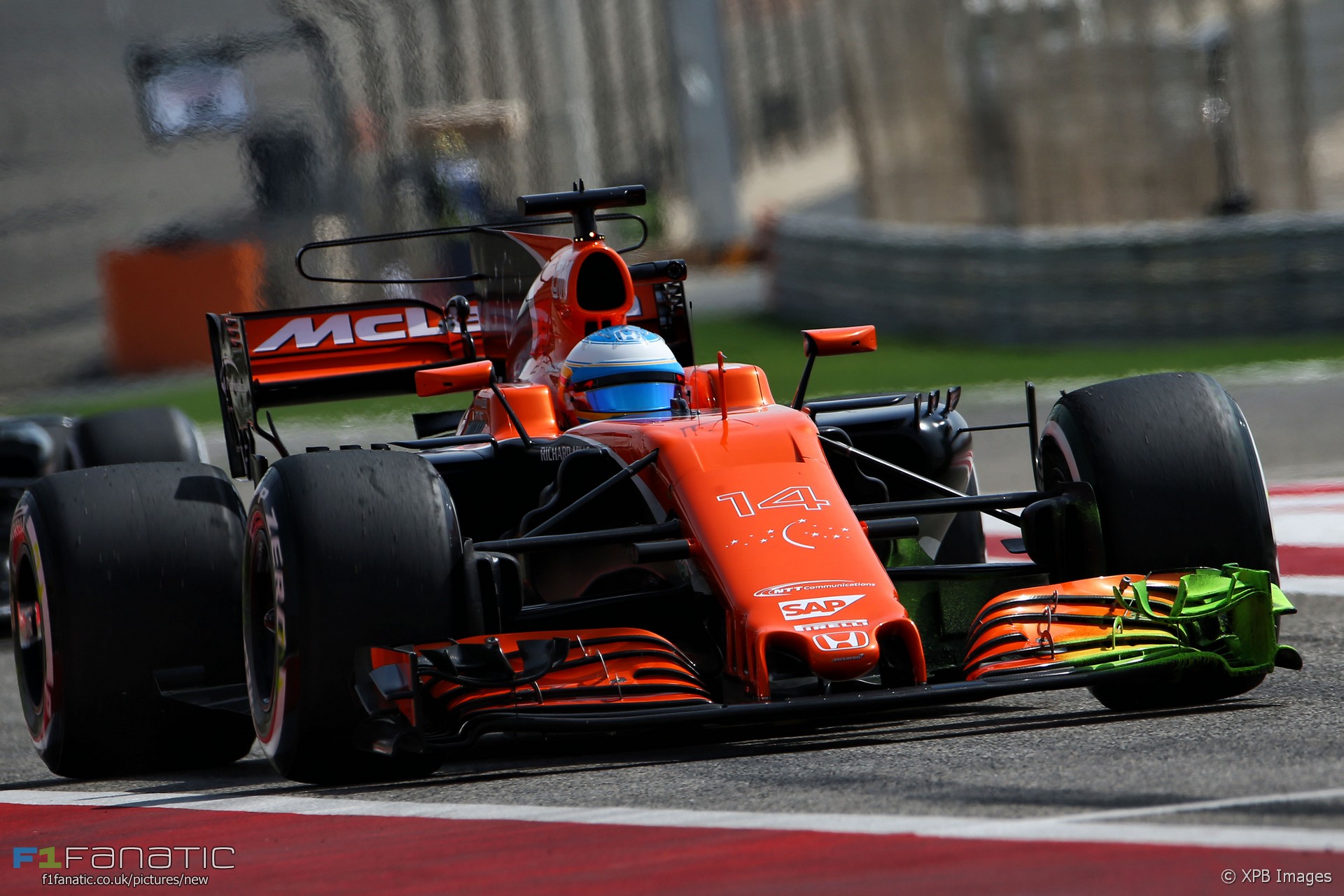 In the round-up: Fernando Alonso says he is amazed by how little power the Honda engine has.

"It was a frustrating race. The deficit in power and performance we had on the straights today was amazing."

"They are strong in race trim and we particularly struggle with the rear end. It's difficult to explain."

"I had a s**t start and awful first corners."

"We have always had the approach we want to give both drivers a go in the drivers' championship and we respect that side."

@Charles_Leclerc 's performance is another reminder why Stroll skipped the F2/GP3orGP2 path.. Fantastic performance by the Frenchman

Going for a run, you guys up to anything this Sunday? pic.twitter.com/AUEsFuJgNF

After a great start we had the right strategy and pace. Too bad a brake issue prevented me from finishing, but that’s racing. #BahrainGP pic.twitter.com/TDEs1Qn7nD

I feel this pose would look better on a lady. Anyways it got me a 5th place today. First part of race was looking more promising then it settled down unfortunately. A lot learned from the weekend so taking some positives away fo show 👌🏼

Carlos Sainz Jnr was held responsible for the crash that put him and Lance Stroll out of the race, but was the track design a mitigating factor?

I think this highlights the issue with where the pit exit is. Instead of coming out at the corner, perhaps the exit should be after turn two or even after turn three and lead out onto the the short straight prior to four.

That said, Sainz is fully at fault here. No sense in sticking his nose there. His tyres weren’t ready for an attack, the car was in a bad position, not to mention it was fully Stroll’s corner.
Justin (@Boombazookajd)

Happy birthday to Romain Grosjean who is 31 today.