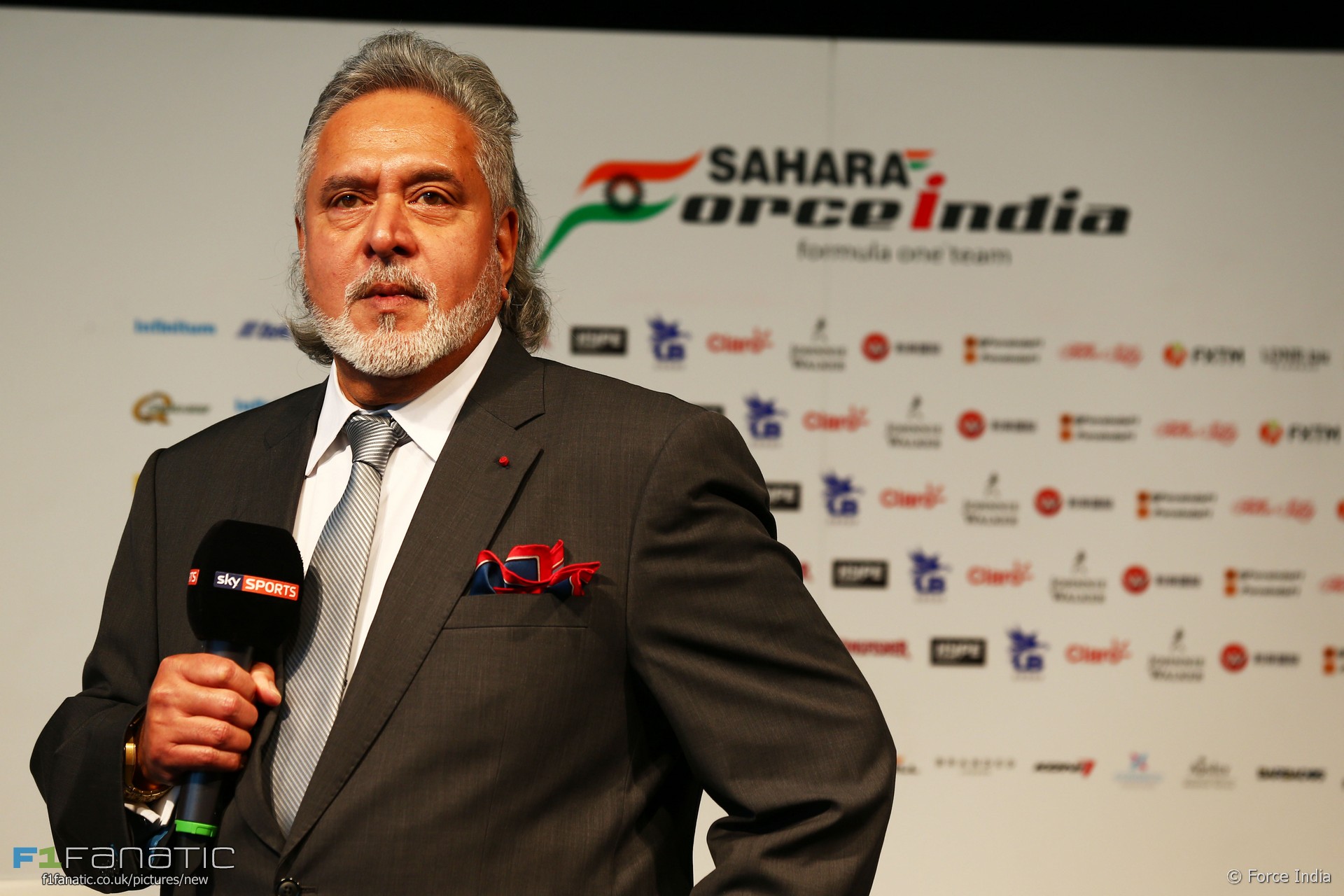 Force India team principal Vijay Mallya has been arrested in London, the Metropolitan police have confirmed.

“Officers from the Metropolitan Police’s Extradition Unit have this morning, Tuesday 18 April arrested a man on an extraction warrant,” they confirmed in a statement.

“He was arrested after attending a central London police station, and will appear at Westminster Magistrates’ Court later today, 18 April.”

The Indian government is pursuing Mallya over alleged non-payment of fines relating to his Kingfisher Airline which collapsed in 2012. Mallya is claimed to owe more than £700 million to Indian banks.

India has sought Mallya’s extradition from Britain, where he has resided since early last year. The British Grand Prix was the only round of the world championship Mallya attended last season. He was also present at the launch of the team’s VJM10 at Silverstone earlier this year.

Mallya responded to his arrest on social media, describing it as “usual Indian media hype.”

“Extradition hearing in court started today as expected,” he added.

Mallya has claimed he is the victim of a witch-hunt by the Indian government and media. In a social media post last month he said “the allegations against me by the Attorney General before the Honourable Supreme Court only prove the attitude of the Government against me.”

“I have humbly obeyed every single Court Order without exception. Seems as if Government is bent upon holding me guilty without fair trial.”

Mallya’s Force India team has raced in F1 since 2008, when he took over the former Spyker outfit. They achieved a best of fourth place in last year’s world championship.