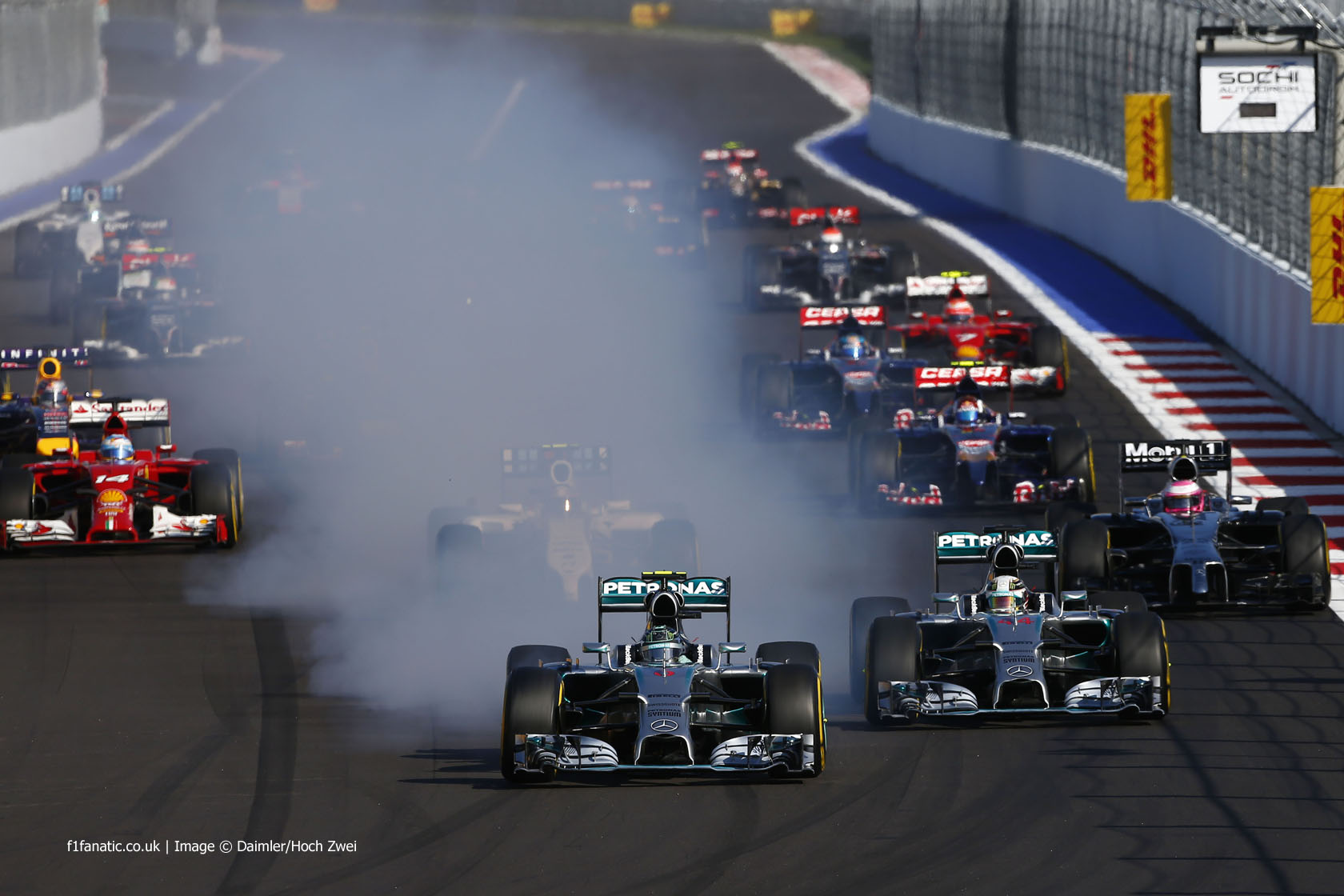 Could 2017 be the year a team other than Mercedes leads a lap of the Russian Grand Prix?

The silver cars have dominated the event since it first appeared on the calendar three years ago, leading all 159 laps of the Sochi Autodrom so far. Here a look ahead to this weekend’s race in statistics.

Mercedes’ dominance in the Russian Grand Prix has included a trio of wins and pole positions. They would surely have made it three front rows and one-twos as well but for Lewis Hamilton’s technical problems in qualifying last year and Nico Rosberg’s during the 2015 race.

The team has gone almost a full year without being beaten to pole position thanks to the efforts of Hamilton, Rosberg and Valtteri Bottas, who took his first pole position in Bahrain. Hamilton will need to watch for his team mate again as Bottas has good form at this circuit in qualifying.

In his Williams says Bottas started every Russian Grand Prix with only Mercedes in front of him. He qualified second last year (thanks partly to a penalty for Sebastian Vettel) and third the two years before. Mercedes’ new driver has raced well here too: he reached the podium in 2014, would have done in 2015 had Kimi Raikkonen not taken him out, and was fourth last year.

Daniil Kvyat surpassed Vitaly Petrov as Russia’s most experienced F1 driver earlier this year. But he will have mixed feelings about returning to his home track as this race triggered his demotion from Red Bull to Toro Rosso 12 months ago. Two clashes with Vettel within the opening seconds of the race paved the way for Max Verstappen to take Kvyat’s place.

Sochi hasn’t been kind to Nico Hulkenberg either. He crashed out on lap one in his last two visits. He is one of four drivers who have beaten their team mate in every qualifying session so far this year, along with Vettel, Felipe Massa and Fernando Alonso.

However the latter is yet to finish a race this year. He was at least classified in Bahrian having completed more than 90% of the race distance. The same cannot be said for Lance Stroll, who is still looking for his first official result.

Since F1 first came to Sochi Autodrom the cars have already taking nearly three seconds less to get around the circuit. That should fall further this year.