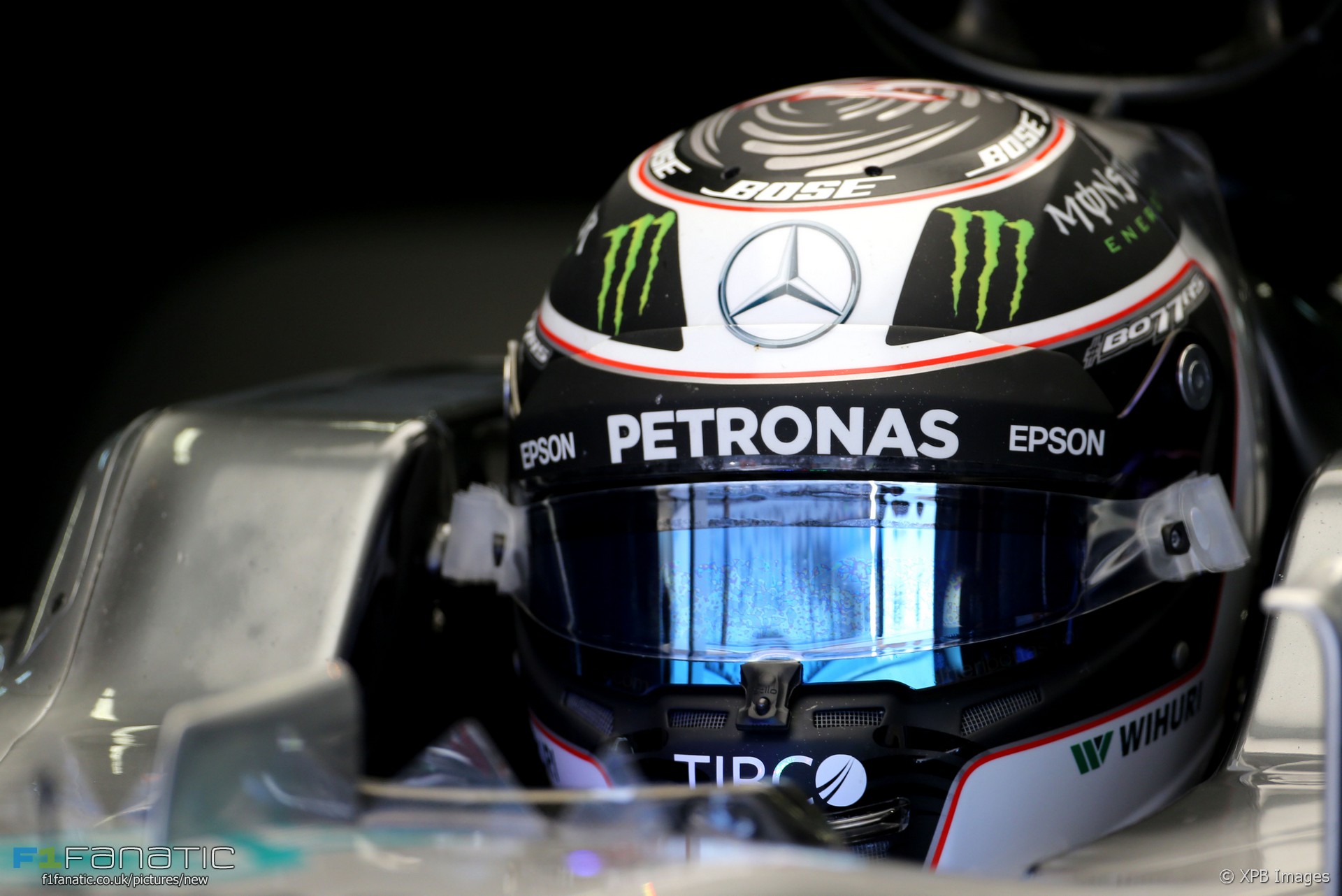 That’s remarkable in its own right, but even more so considering the Circuit de Catalunya is not the type of circuit which you might expect would produce freak results. Indeed it’s the venue teams understand most intimately, as they do all of their official pre-season testing at the Spanish track.

Nonetheless we could get our eleventh consecutive different winner on Sunday. One of the ways this might happen is if Valtteri Bottas repeats the victory he scored last time out in Russia.

If he can do that, he would also become only the ninth driver in Formula One history to score his first two wins back-to-back. Among the small number of drivers to have achieved this feat is his team mate Lewis Hamilton.

As noted in the Russian Grand Prix stats preview, Bottas looked like a strong candidate for a good result at Sochi because his prior form there was so strong. His record at the Circuit de Catalunya is good too: He’s never been out-qualified by a team mate at this track in Formula One, and he only finished behind his team mate at his first race here in 2013, after struggling with high tyre degradation.

But the biggest statistical talking point this weekend is going to be lap times. The speed of F1’s new generation of cars will be put to the test as this is the circuit where the target was set for them to be five seconds quicker than their 2015 pole position time.

Providing it stays dry, Saturday’s qualifying session should provide the most significant indication whether F1 has hit that target. The reference lap time is Nico Rosberg’s 1’24.681 pole position lap for Mercedes. The team has already warned F1 might not hit the 1’19.681 goal this weekend.

Mercedes has dominated qualifying on its last four visits to the circuit, taking the first two positions on the grid every time. However last weekend’s race was the first in 30 races neither of their cars appeared on the front row.

Red Bull has not been able to contend with the top two teams over the three races so far. Big things are expected from its chassis upgrade this weekend. This is reminiscent of their situation 12 months ago when a power unit upgrade in Spain brought them into contention.

Having lagged 1.5% off the pace over the first four races last year, Red Bull trimmed that deficit to 0.83% in Spain and averaged 0.7% off the pace from that race until the end of the year. That proved quicker enough for them to win two races.

Can they find that big a gain – or more – this time? Red Bull averaged 1.44% off the pace over the first four races this year, almost as far away as they were at this point 12 months ago.

Two drivers will be racing in front of their home crowd this weekend. Fernando Alonso has won this race twice already but, barring a shock result, this weekend is likely to go down as the fourth anniversary of his last victory at any circuit.

Partly because of that, Alonso will skip the next race to do the Indianapolis 500. It will therefore be the third year in a row he hasn’t completed a full season of F1, having missed races in Bahrain last year and Australia the year before due to injury.

It’s also partly the reason why Carlos Sainz Jnr has been Spain’s most successful driver since he came into F1 at the beginning of 2015. He’s out-scored Alonso by 75 points to 65 over his 44-race career to date.

In order for F1 to beat the ‘five seconds’ target, Rubens Barrichello’s 2009 track record will have to fall.

We should get a good indication whether this is likely to happen from the first practice session. This is a well-used track and the surface tends to remain consistent throughout the weekend, unlike little-used venues like Sochi where track ‘evolution’ is high.

For instance in the last two years the quickest times in first and second practice have been the same to within a tenth of a second. By Q3 lap times have improved in the order of 1.8 to 1.9 seconds. So if someone laps around 1’21.5 on Friday morning, we could see that target lap time achieved.

The Circuit de Catalunya has never been a terrific venue for overtaking but last year’s race was more lively than most.