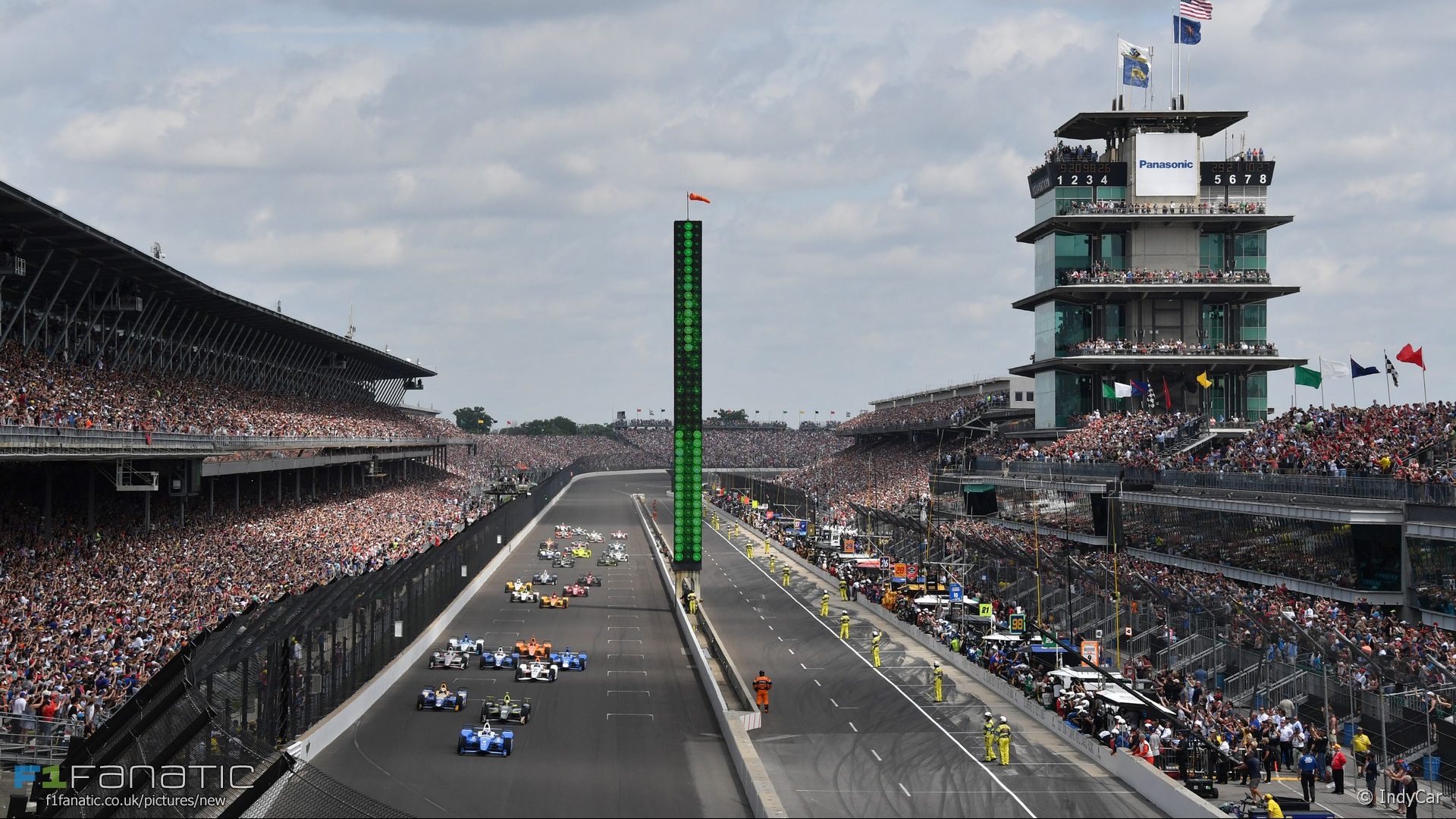 The FIA has begun efforts to prevent Formula One races from clashing with other motor sport events. But one championship was conspicuously absent from a meeting held on the matter last week.

The discussions were held on the same weekend Fernando Alonso had chosen to skip the Monaco Grand Prix to race in the Indianapolis 500. However the meeting held by FIA present Jean Todt only featured representatives from FIA championships: Ross Brawn (Formula One), Gerard Neveu (World Endurance Championship) and Alejandro Agag (Formula E).

Alonso’s widely-praised participation in the Indianapolis 500 led many to call for the schedule clash between it and the Monaco Grand Prix to be resolved so more F1 drivers could do the same in future. Yet there appears to be no appetite for this at the FIA’s end.

It’s not difficult to imagine why the FIA wouldn’t want to make accommodations with a championship it doesn’t organise. But the practical obstacles to preventing a clash between the two weekends are more complicated than they might seem at first glance. Especially if the goal of removing the clash is to allow more F1 drivers to race at Indianapolis.

The Indy 500 has always been closely tied to America’s Memorial Day commemorations. The Monaco Grand Prix’s position on the F1 calendar is not as fixed. As recently in 2010 it was held two weeks before the Indianapolis 500, but on that occasion the Turkish Grand Prix coincided with IndyCar’s blue riband event.

With Liberty Media already talking about the 2018 F1 calendar having as many as 21 races. With more likely to be added in future, it’s clearly going to get more difficult to avoid any clashes. And in the case of Indianapolis it would involving freeing up not just one weekend, but two in a row.

Qualifying for the Indianapolis 500 is held one week before the race. Any F1 driver looking to compete in the race would therefore need two consecutive race-free weekends at the end of May. The growing pressure on the F1 calendar already makes that unrealistic and it is only going to get worse in future.

It would require compromises on both sides to reach a situation where F1 drivers could compete at Indianapolis without compromising their F1 commitments.

For instance, IndyCar could move qualifying so it is not held on a weekend. But that would mean sacrificing television exposure which the championship badly needs. Another solution could be to allow guest drivers in the Indy 500 to race a car qualified by another driver, a practice which already takes place in other series.

For IndyCar the incentive to avoiding a clash is that they might be able to draw more big-name drivers to their race in the future. That may include a repeat visit from Alonso, who still needs to add the race to his ‘tripe crown’ collection.

As Chase Carey pointed out, F1 would certainly prefer not to have its top drivers skipping races to compete elsewhere. It should also ask itself whether the sport is well-served by having the slow, processional Monaco Grand Prix on the same day as the Indianapolis 500, where the racing is usually better.

Alonso’s participation in the race was a great news story for both championships. It allowed motor sport fans to see a top driver, who for too long has been lumbered with un-competitive machinery, competing at the front of a race again.

Both series could benefit from resolving the clash between the races. But the obstacles may be too tricky to overcome.