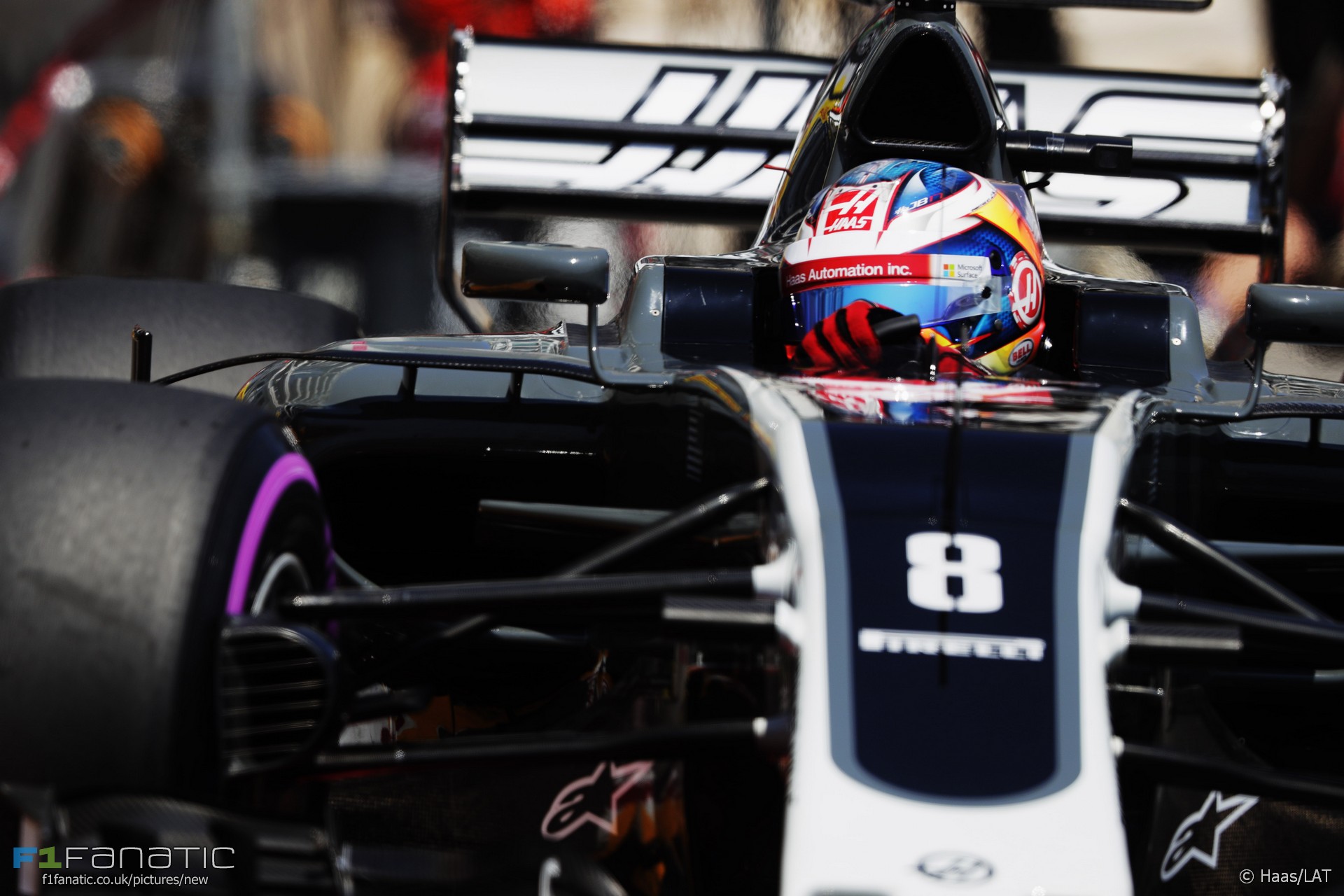 The high durability of F1 tyres are preventing the new generation of designs from reaching their full potential, Romain Grosjean believes.

The Haas driver wants “more grip” from Pirelli’s 2017 compounds and says even the softest tyres available this year are too durable.

“During the last race I did 40 laps on the ultra-soft, which is really more of a qualifying tyre,” he said. “It should be able to do some amount of laps, but not as much as that.”

Grosjean, who is the president of the Grand Prix Drivers’ association, says softer compounds are also needed so drivers can generate heat in them more quickly.

“We’re asking to get tyres with a better warm-up, be better after the Safety Car and to go faster. We believe that the cars are able to go faster.”

He said the difficulty of getting tyres into the optimum window of operating temperature is making it harder for teams to conduct car set-up and development work.

“I do believe that not a lot of people are 100 percent sure how to get there,” said Grosjean. “It’s very tricky.”

“It’s something we need to work on with Pirelli. We need to make it easier, as we’re spending so much time getting the tyres to work.”

“It’s a bit frustrating not being able to work on car balance. Ideally, we’d like a wider window, and pretty much more in common between the compounds, so when you change compounds it doesn’t just fall off in the performance.”

9 comments on “Tyres are still holding us back – Grosjean”