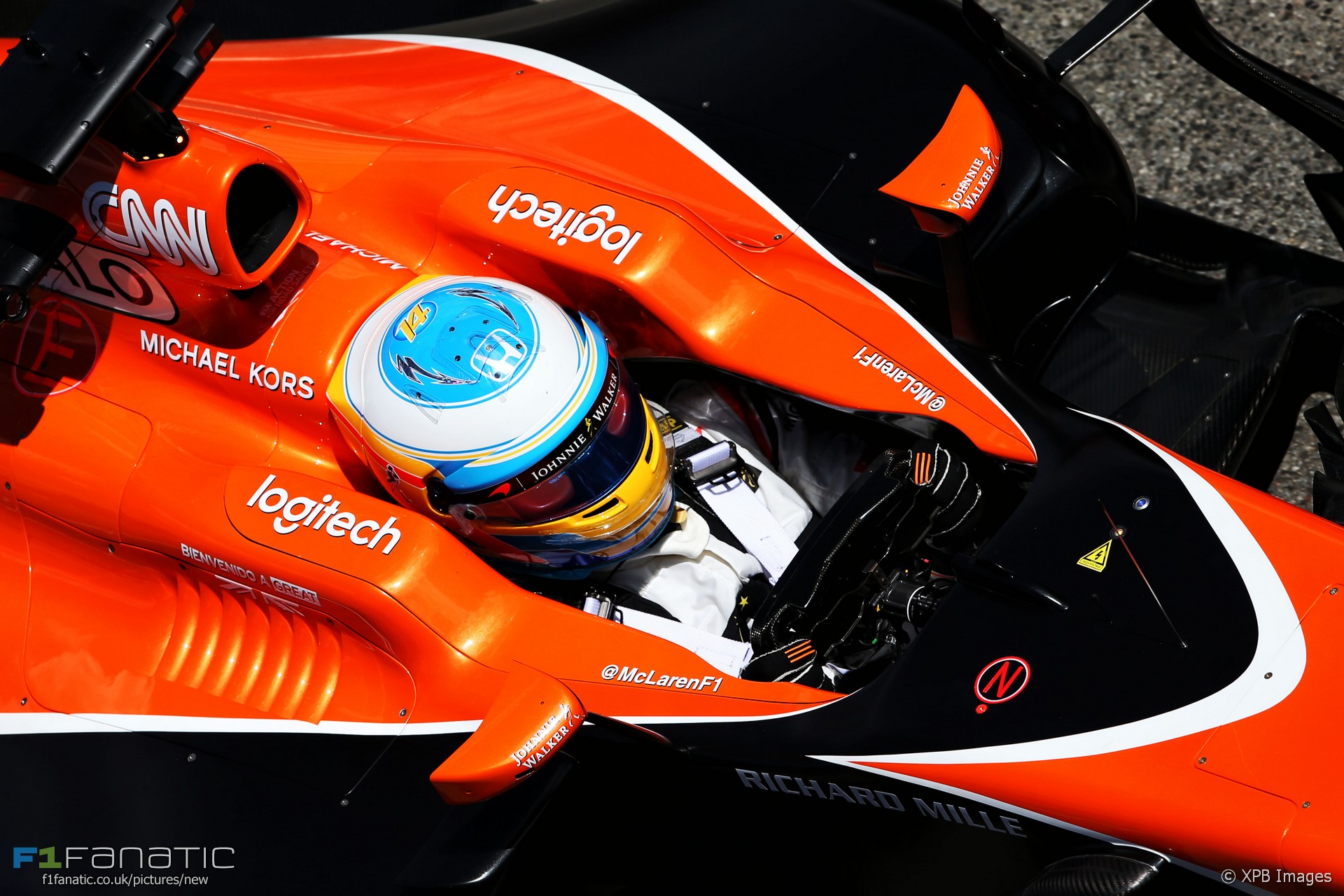 Fernando Alonso doesn’t expect the Circuit Gilles Villeneuve in Montreal to suit his McLaren as he returns to Formula One following his Indianapolis 500 bid.

“It feels like I’ve spent a lot of time in North America recently,” said Alonso, who missed the Monaco Grand Prix to compete in IndyCar’s blue riband event.

“The Indy 500 was an incredible experience and it’s been amazing to learn a completely different style of driving, on a different circuit layout and with a very different car, but I’m ready to get back to my ‘day job’ and go racing in F1 again.”

“While I was in Indy I was still keeping up-to-date with the news from Monaco, and Stoffel [Vandoorne] and Jenson [Button] both reported positively on the new upgrades and reliability, so I hope we can continue to see a step forward in Canada.”

Alonso said the Montreal circuit is a “real racer’s track” but admitted its long straights are likely to put his McLaren-Honda at a disadvantage.

“The layout of the Circuit Gilles Villeneuve means it’s very power-limited and therefore dependent on straight-line speed and power.”

“It’s not going to suit our car as much as the twisty, slower corners of Monaco, but I’m excited to get back in the MCL32, catch up with the guys and girls in the team and get back out on track – not only turning left this time.”

Honda F1 project chief Yusuke Hasegawa said the “power-hungry, demanding track will not play to our strengths” and agreed it “will no doubt be another challenging race weekend for us”.