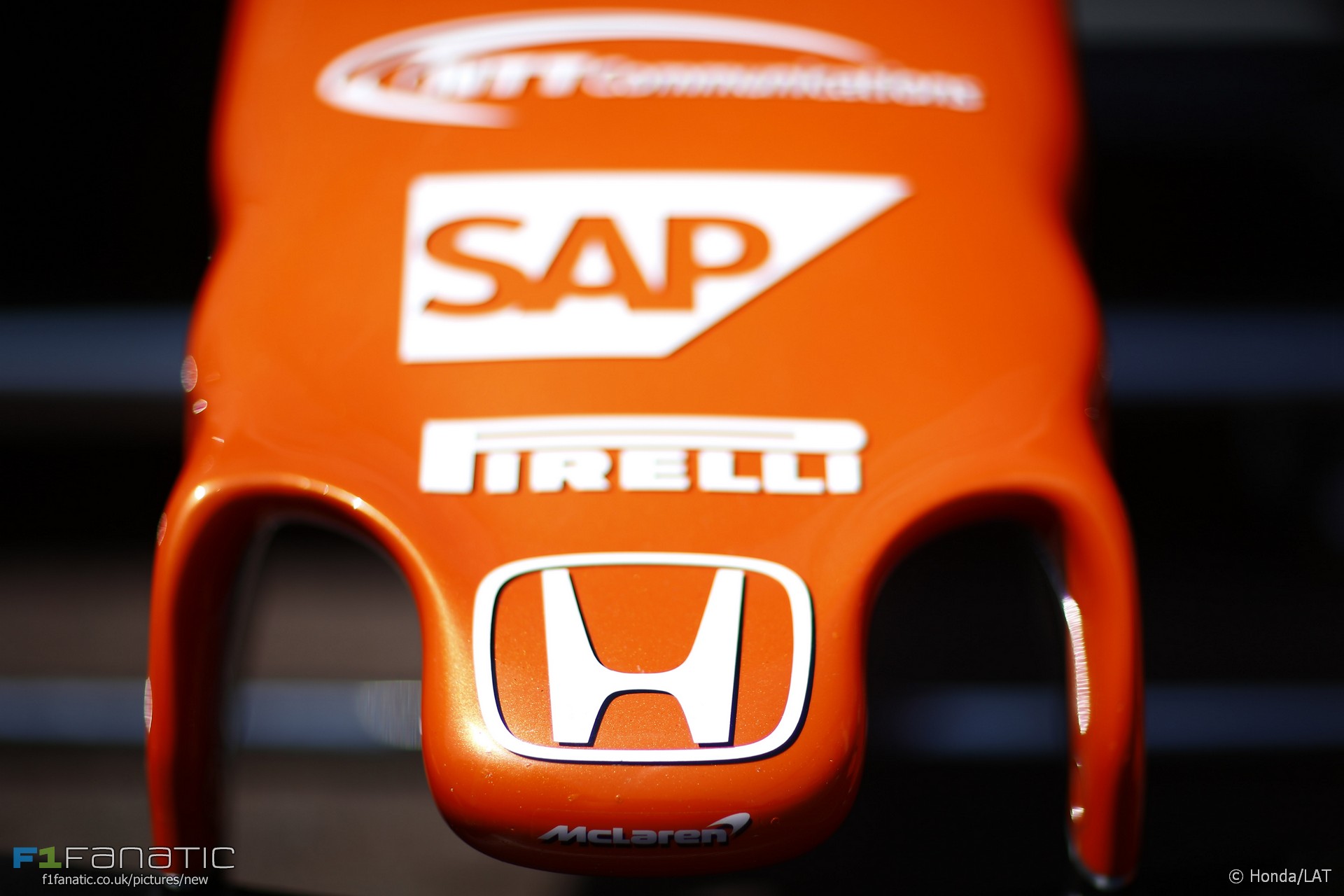 In the round-up: Honda may introduce an engine upgrade at this weekend’s race if they believe the gain will be worthwhile.

"Until Thursday (before Canada) I can't decide. Already, we have had some performance factor, but if it is very small, it's not worth changing engine for the next one."

"On Tuesday, he is set to join Renault F1 test driver Sergey Sirotkin for his first seat time in a grand prix car for more than six years, driving Renault's show car, which is a Lotus E20 chassis from 2012."

Toro Rosso would be 'more than happy' to keep Sainz, Kvyat (Motorsport)

"We will see what Red Bull decides, but if they will stay with us I think the complete team would be more than happy."

"I don't look at Canada and say I need to finish in the points because that would be the wrong approach."

Pirelli would not fear a rival tyre supplier in F1 (F1i)

"Provera insisted however that the teams' current preference was for F1 to have just a single tyre supplier."

Understanding the Mercedes diva: Can this W08 really win an F1 title? (Sky)

"Next we go to Montreal which is essentially a selection of low speed, low grip corners connected by long straights. Not ideal for Mercedes on paper."

Lunch in St Tropez spiced up by Ralf Schumacher who was chilling out with friends. 20 years ago he was making friends & enemies on F1 debut.

Last weekend IndyCar used a red flag to ensure the second race in Detroit didn’t finish under caution. Was this a good move?

The red flag felt a bit unnecessary and forced, and in the end it did’t change anything.

It was nice to see the race play out without yellow flags until the end, and even then it didn’t have much effect.
Yosi (@Yoshif8tures)