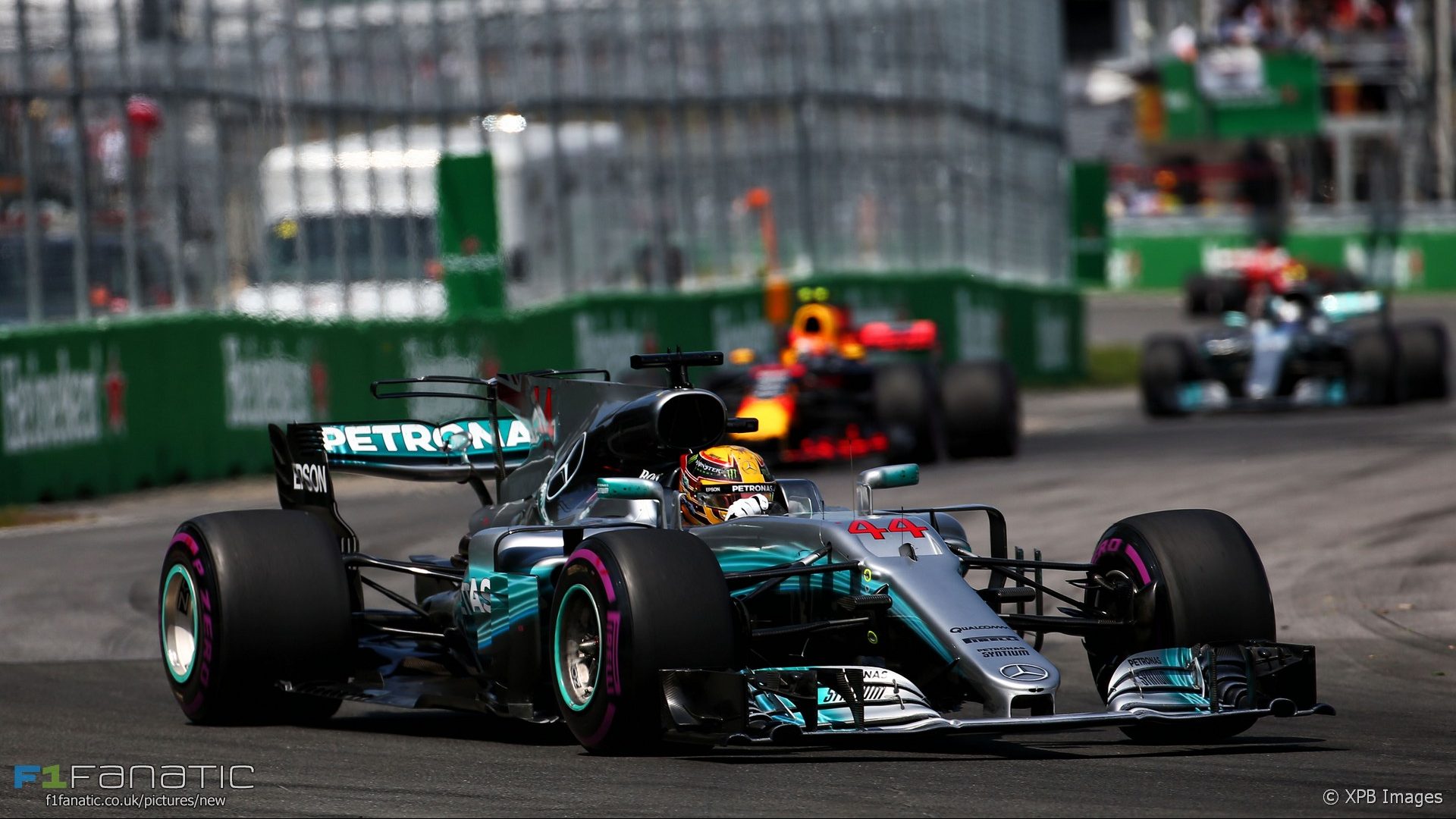 Lewis Hamilton led an emphatic one-two for Mercedes in the Canadian Grand Prix while an eventful race unfolded behind him.

The Mercedes pair were joined on the podioum by Daniel Ricciardo. The Red Bull driver’s team mate Max Verstappen held second after a great start but dropped out early on when his car lost power.

For the first time in 2017 Sebastian Vettel failed to finish on the podium. The Ferrari driver had to pit early with a damaged front wing, then overtook the two Force Indias in the final laps to secure fourth place.

The pink pair were scrapping furiously as the chequered flag came down. Sergio Perez took fifth place having resisted an order from the team to let Esteban Ocon by. Ocon had the benefit of fresher tyres and made his dissatisfaction with his team mate’s driving clear as the race ended.

Kimi Raikkonen slipped to seventh place at the end of the race after being slowed by a power unit problem late in the race. Nico Hulkenberg was the only other driver on the lead lap.