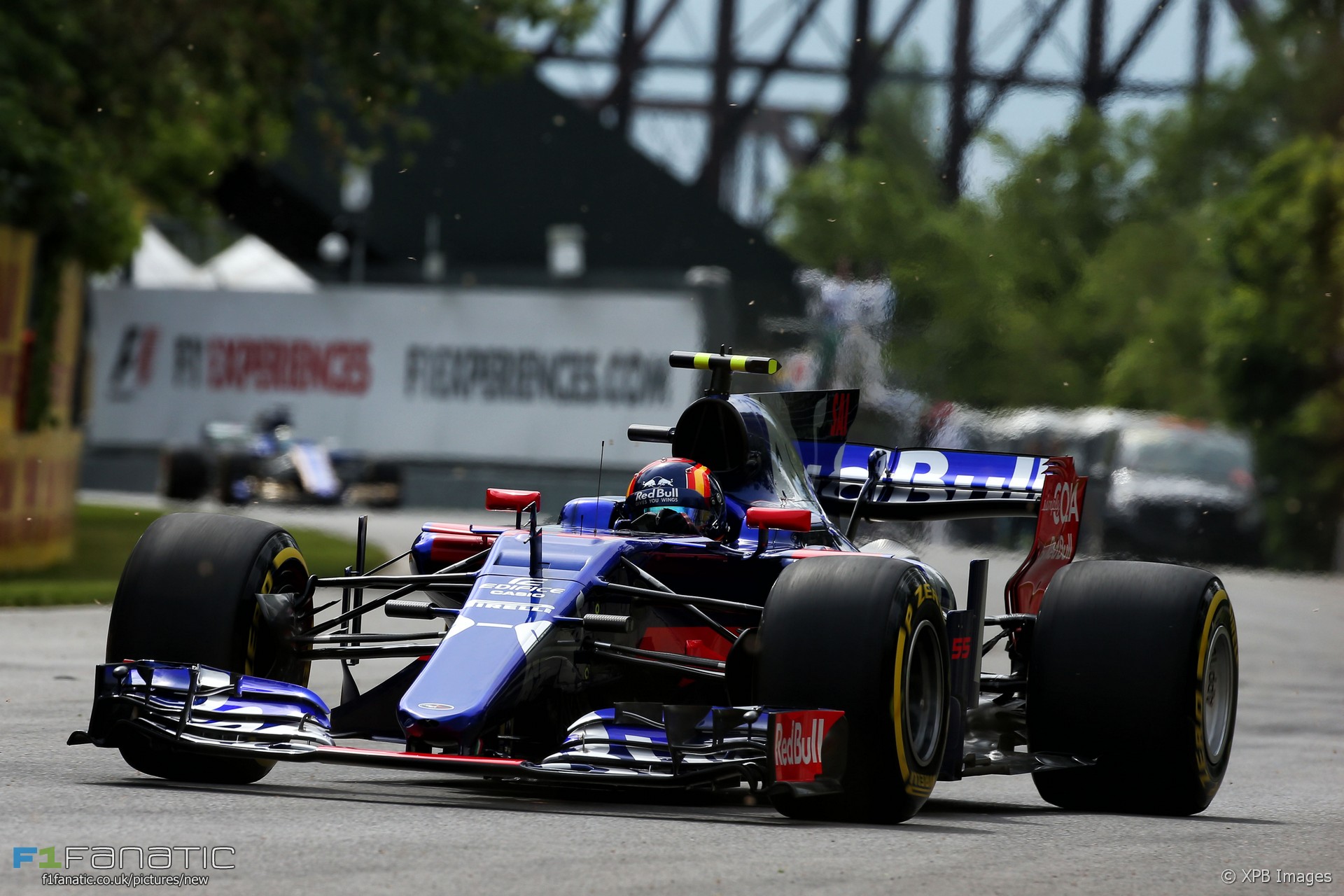 Carlos Sainz Jnr has been given a three-place grid penalty for the Azerbaijan Grand Prix for his first-lap collision in Canada.

The Toro Rosso driver retired from the race after tangling with Romain Grosjean at the start. His Toro Rosso collided with Felipe Massa’s Williams, putting both out.

The stewards noted: “The driver of car 55 [Sainz] claimed he checked his mirrors but that car 8 [Grosjean] was in his blind spot and therefore he did not see it.”

“Notwithstanding this, and our conclusion that the collision was not caused by a deliberate act on the part of the driver of Car 55, we find that his assumption (as he stated) that there was no car alongside him and therefore he could move to that track position, was careless and potentially dangerous.”

“This was evidenced by the further collision of car 8 with car 19, a direct result of this incident, which caused the retirement of car 19 [Massa].”

Sainz accepted responsibility for his role in the accident in a social media post. “Apologies to Romain Grosjean and as a consecuence [sic] Felipe Massa. Romain was simply on my blind spot and never got to see him. Glad we are all OK.”

The stewards also gave Sainz two penalty points on his licence, moving him onto a total of seven.

Massa said he was “a complete passenger in the collision.”

“I think Carlos was hit by somebody, but I was the only car that he hit. It’s a shame to finish the race like that, especially when the car has been so competitive all weekend and we could have scored a good amount of points.”