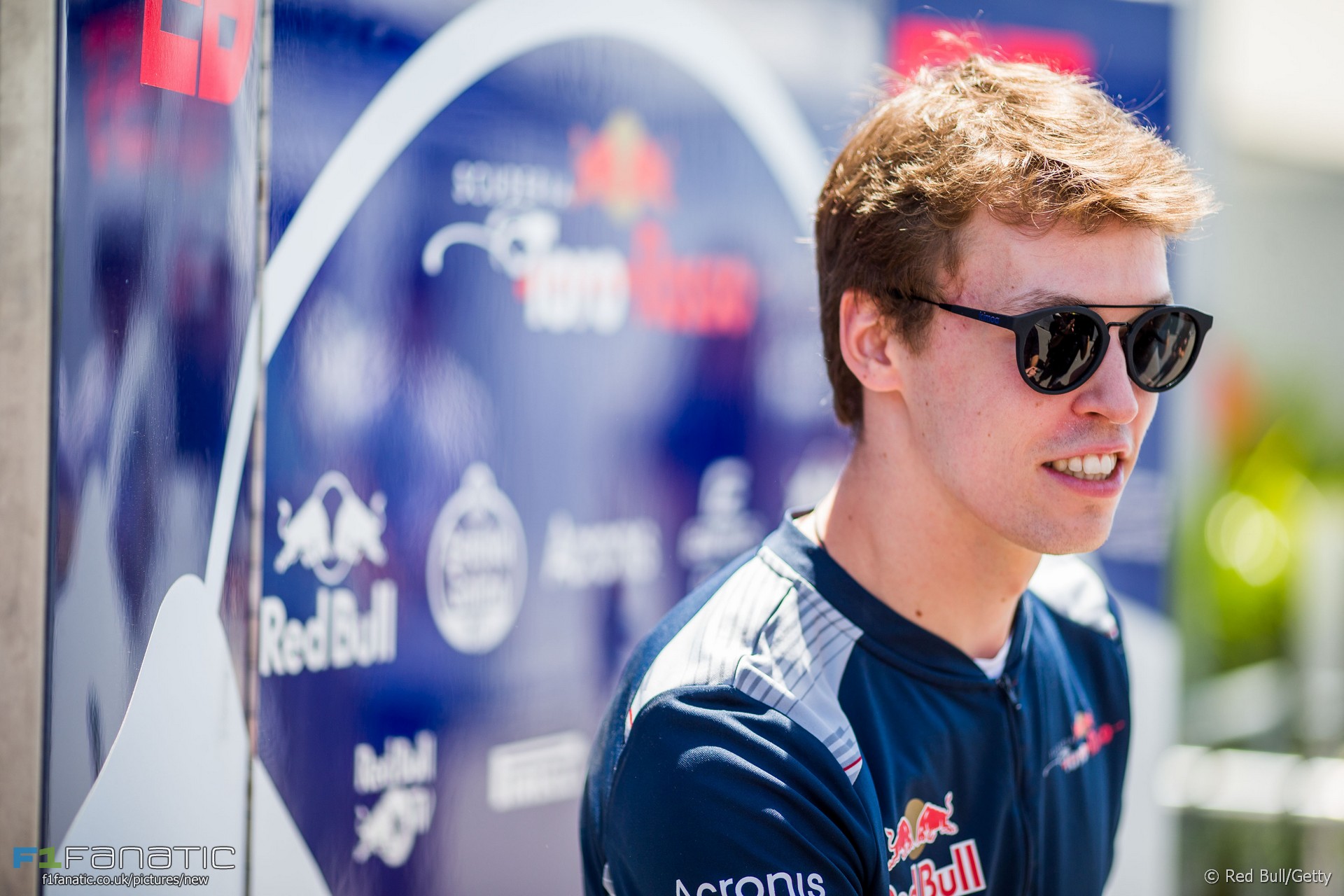 In the round-up: Daniil Kvyat rages at the standard of Formula One stewarding after an error in handing down his penalty during the Canadian Grand Prix.

"And I get two points on my license which again is a stupid rule. Are we taxi drivers here? Or F1 drivers? I don't understand this."

"Frankly the next big upgrade will be next year. Then we will have a completely new concept."

"One of the issues with having television cameras inside the briefing is that it could change the nature of the meeting – and make either the drivers or the FIA more reluctant to speak candidly about important safety and sporting issues because their comments would be effectively in public."

"It's pretty dangerous to me. Luckily there wasn't much more happening in turn three because it could have been pretty bad."

"This just kind of reinforces that we can't just sit around and wait for things to come good. We need to be proactive in that."

"They had a run at each other into turn 13 and 14 and I hooked up the exit, which was good, and then I committed half way down the straight and said 'I go down the inside no matter what'."

"Fugitive businessman Vijay Mallya was on Sunday heckled by cricket fans who chanted 'chor, chor' (thief, thief) as he arrived to watch the India vs South Africa Champions Trophy match at The Oval cricket ground here."

A bit gimmicky, or one for Liberty's 'to-do' list? #FE #F1 #BerlinePrix pic.twitter.com/7npLPhvXho

Well done guys @ForceIndiaF1 Proud of you. Our policy of no team orders continues but I will specify guidelines to achieve best team result

And please let's once and for all stop this speculation about the team @ForceIndiaF1 being for sale. We are focussed on performance.

Had the pleasure of presenting the Montreal F1 Grand Prix trophy to Lewis Hamilton this afternoon. And Lance Stroll finished 9th. Well done!

Was Alonso sending a message by joining in yesterday’s IndyCar coverage?

Fernando Alonso clearly keeping his options open, great PR to call in during the race, “Why not”?
@Budchekov

53 comments on “Kvyat lashes out at “stupid circus” stewarding”