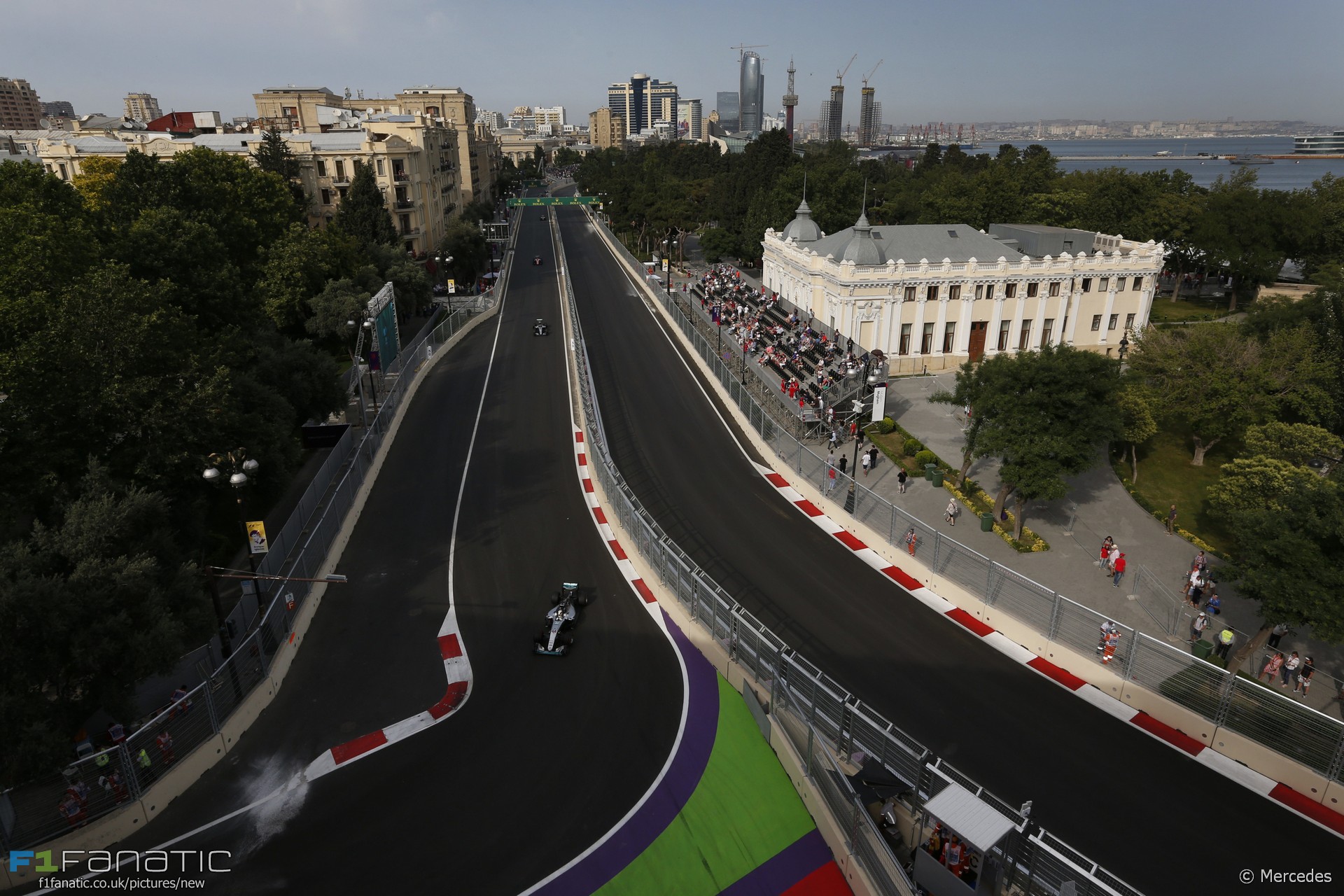 There’s been a change of name for Azerbaijan’s round of the world championship this weekend – and we’re guaranteed a first-time winner in Baku.

Last year’s race in Baku was dubbed the ‘European’ Grand Prix. It wasn’t the first race to use a name it has a debatable claim to: we’ve previously had the ‘Luxembourg Grand Prix’ in Germany, the ‘San Marino Grand Prix’ in Italy and the ‘Swiss Grand Prix’ in France (although the latter was once held at a track in Switzerland as well).

For 2017 the ‘European’ moniker has been dropped in favour of the less controversial title of ‘Azerbaijan Grand Prix’, which is being used for the first time. There are only three other grand prix titles which have been used just once: Pescara (1957), Morocco (1958) and Dallas (1984). Baku joins Donington Park as the only other track to have held a single European Grand Prix.

For the second year in a row the teams are travelling to Baku from one of the most distant rounds of the championship – Canada. The closest F1 track to Baku is Sochi in Russia. At least this time they have two weeks to make their transatlantic trip instead of one.

No driver from Azerbaijan has ever competed in a round of the world championship. The same is true of two other F1 hosts: Bahrain and Singapore. This isn’t likely to change any time soon for all three of these countries, as none of them have any drivers with any F1 superlicence points:

The Baku City Circuit was used for the first time last year. Measuring 6.003 kilometres it is the second-longest track on the current calendar, behind only Spa-Francorchamps (7.004km).

The track features one of the longest flat-out acceleration zones of the year, and consequently some of the highest top speeds. Last year Williams reported Valtteri Bottas hit a top speed of 378kph (234.9mph) during qualifying.

The official speed trap recorded a maximum of 340.8kph for Nico Hulkenberg’s Force India, which was achieved during the grand prix. Higher speeds than this were recorded at the speed trap in Mexico, where Bottas clocked 372.5kph during the race.

There’s little form to speak of as F1 has only raced here once before. However unless Nico Rosberg is planning a shock return from retirement we will see a new pole sitter and race winner this weekend.

Hamilton seemed to hit it off with this track to begin with last year, heading all three practice sessions. But a scruffy qualifying session ended with him in the barriers in Q3, he started tenth and could only reach fifth after experiencing an engine settings problem in the race.

Force India were very competitive in this race 12 months ago. Sergio Perez finished on the podium and would have started on the front row if he hadn’t picked up a penalty during practice.

Twelve months later they are enjoying one of their best ever starts to a campaign. Seven races in they are fourth in the championship on 71 points. They only bettered that after the same number of races in 2014, when they were also fourth but on 77 points. Could they have bettered that had Perez played ball when asked to let Esteban Ocon by in Canada?

Last year’s quickest last time was little more than a tenth of a second slower than the had been predicted for the new track.