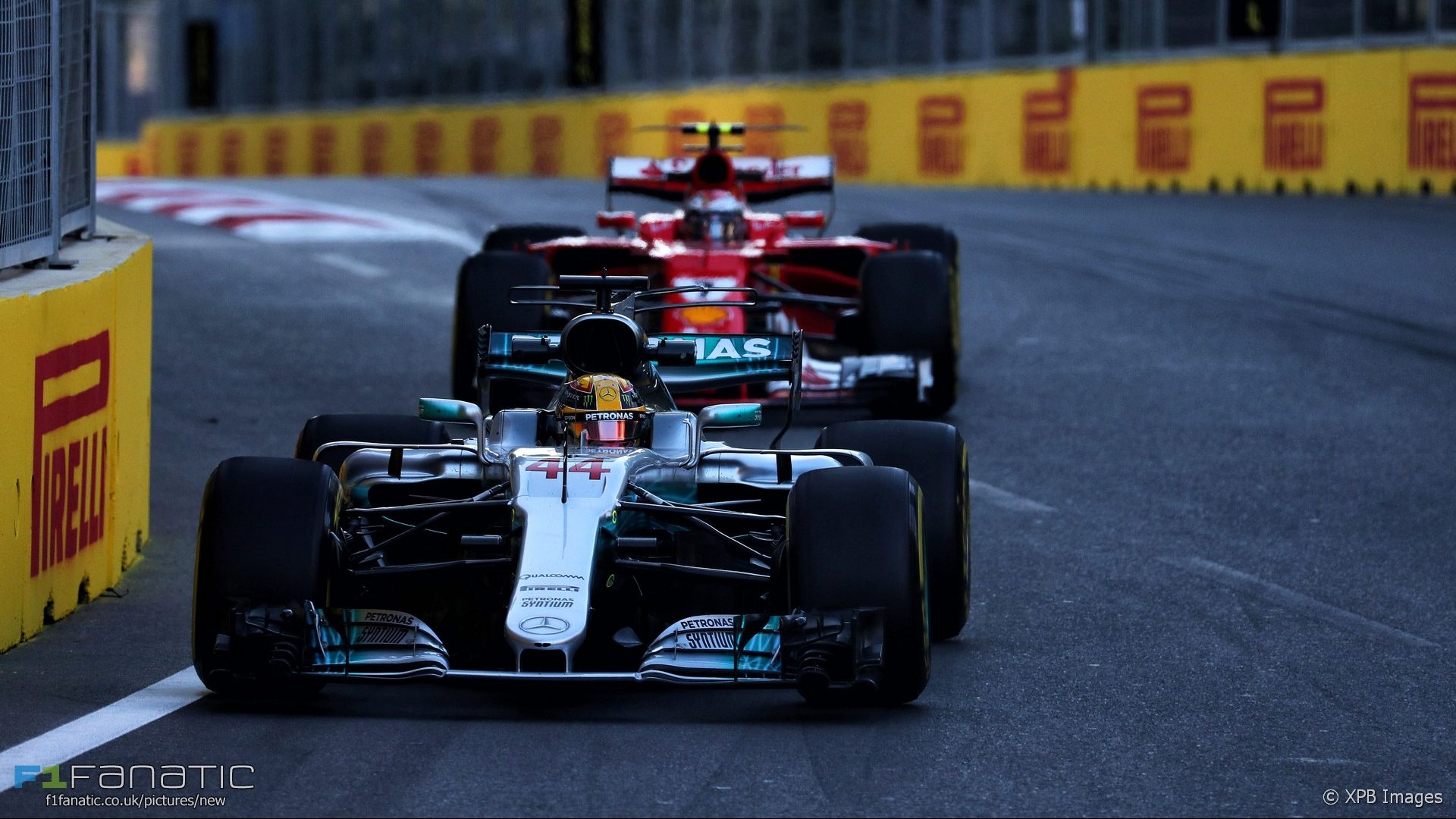 Formula One’s second visit to Baku has been much like the first so far. Mercedes have a clear pace advantage and the practice sessions have been action-packed with driver after driver heading for the escape roads.

Last year Mercedes kept their advantage in the race but the grand prix itself was, to say the least, a dreary affair. Will we get another anticlimax this time?

Valtteri Bottas, who will start alongside Lewis Hamilton on the front row of the grid, reckons F1 was “kind of lucky” to have such an uneventful race 12 months ago. “After seeing all the GP2 races, now F2, how many Safety Cars and Virtual Safety Cars they had whereas we actually had none and there was not much action.”

“I think it is a track that normally with this type of track things will happen so my guess is that we’re going to see a bit more of a mess than maybe before but who knows.”

As F1 practice and the support races have shown, any on-track problem could result in a significant disruption. It took almost ten minutes to clear the yellow flags when Jolyon Palmer’s Renault caught fire. And the F2 feature was cut short by three laps after Sean Gelael crashed and blocked the track.

In terms of the competition, the yawning gap between Mercedes and their rivals may seem like bad news on the face of it. But compared to last year, when one of the team’s cars was out on its own and the other languishing mid-pack, at least we have the possibility of a contest between the two. And, as we’ve seen already this year, Ferrari and Red Bull are likely to offer stronger competition in the race.

From a championship point of view there is also the intriguing question of whether and how Sebastian Vettel might get ahead of Kimi Raikkonen. If the top four were to finish in the same order they start, Hamilton would take the championship lead.

As Pirelli has erred on the more conservative side of the tyre options, there may be little room for manoeuvre as far as strategy goes. The medium tyre is unlikely to appear at all as the soft appears to last very well and every driver has saved one new set of them.

Practice showed that the low-grip surface and high minimum pressures makes warming the tyres difficult. In particular drivers have found it hard to get the fronts to warm up as quickly as the rears – note how violently Bottas was working his front tyres before he began his final lap in Q3.

These tyre warm-up problems are likely to discourage the half of the field which have a free choice of starting tyre from using the harder compound. The top ten will, of course, start on their Q2 tyres and as usual they all used the softest rubber available.

Are you expecting a closer race this year? Or will it be a Mercedes walkover?

Share your views on the Azerbaijan Grand Prix in the comments.