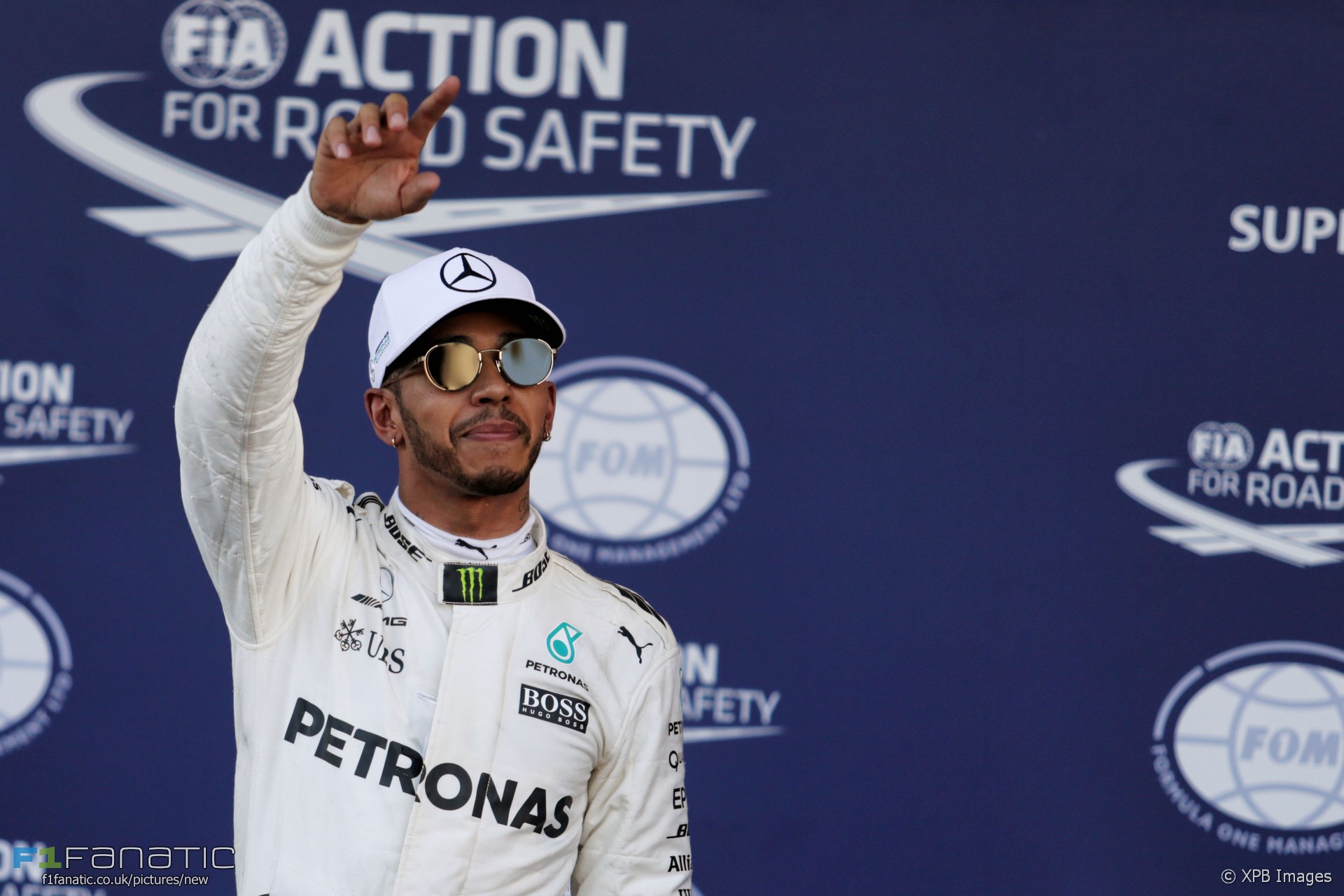 Lewis Hamilton said the lap which earned him pole position for the Azerbaijan Grand Prix was even better than his celebrated lap in Canada two weeks ago.

Hamilton equalled Ayrton Senna’s career tally of 65 pole positions in Canada and surpassed it with his 66th today.

“My pole lap in Montreal was pretty special,” said Hamilton, “but I think this one here tops that.”

Hamilton was initially slower than team mate Valtteri Bottas after their first runs in the pole position shoot-out.

“My first run in Q3 was actually really good,” he said, “but I was a bit greedy into the last corner, locked up and cost myself time.”

Hamilton was concerned about a tyre vibration following his lock-up, but a red flag meant he was able to put on a fresh set.

“After the red flag there was a lot of pressure on that final lap,” Hamilton said. “All weekend we’ve struggled to switch the car on over a single lap, but it was an all or nothing moment so I just gave it everything I had.”

“Valtteri was on a great lap as well, so when I came across the line and saw that I had pole, it was such a good feeling. Even if that time had only been enough for P2 it was a lap to be proud of.”

“We were struggling yesterday but we made a lot of changes overnight. A big thank you to the team who stayed late last night to get the car to where it is today – they did a fantastic job.”

8 comments on “Baku pole lap even better than Montreal – Hamilton”