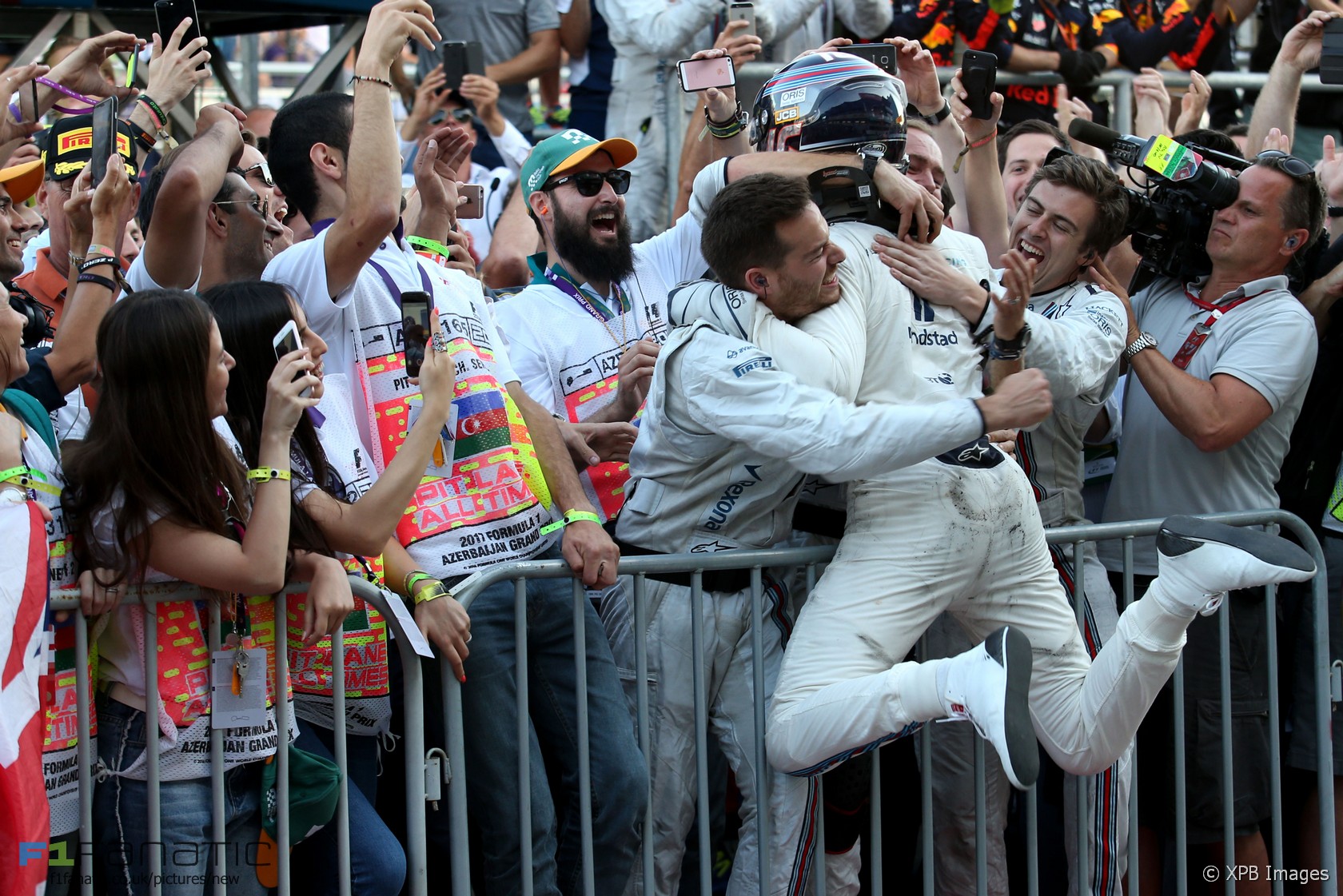 Williams rookie Lance Stroll says his first ever podium appearance has not yet truly sunk in after taking third placein the Azerbaijan Grand Prix.

In a chaotic race that saw multiple incidents and retirements, Stroll kept it clean around the tricky Baku street circuit to take his first ever podium appearance with a third place finish, having only just been beaten to second by Valtteri Bottas on the run to the finish line.

“It hasn’t sunk in yet. It’s so amazing,” says Stroll. “You dream about this moment your whole life, getting onto a podium. It all just happened so quickly.”

“The start of the race, the race was amazing – there was so much carnage. So much happening. But I just stayed cool, stayed in the moment, lap by lap. Just missed out on P2 in the end. It was such a close finish with Valtteri [Bottas], but he was just a bit too quick on that front straight with the DRS. Just missed out on P2 but, all in all, I’m happy for myself and the team. Amazing.”

Having been promoted up to second place following the drama involving Lewis Hamilton’s unscheduled pitstop and Sebastian Vettel’s penalty, Stroll was caught in the closing laps by Valtteri Bottas’s Mercedes, who ultimately passed the Williams on the run to the line with the help of DRS.

Despite the pressure, Stroll says that he was not phased in the closing stages of the race.

“There were a couple of moments where I touched the wall a little bit in Turn Three, so I was like ‘okay, keep it cool, bring it home’. But my engineer was giving me amazing communication the whole race, keeping me cool, keeping me calm, keeping me happy as well.”

The result makes the Canadian rookie the second youngest ever podium finisher in the sport’s history. After recieveing some notable criticism during the first seven races of his Formula One career, Stroll is enjoying this achievement.

“That’s why we do this, for these moments,” says Stroll. “It’s a love-hate relationship. You have hard days, good days, but these days feel so special.”