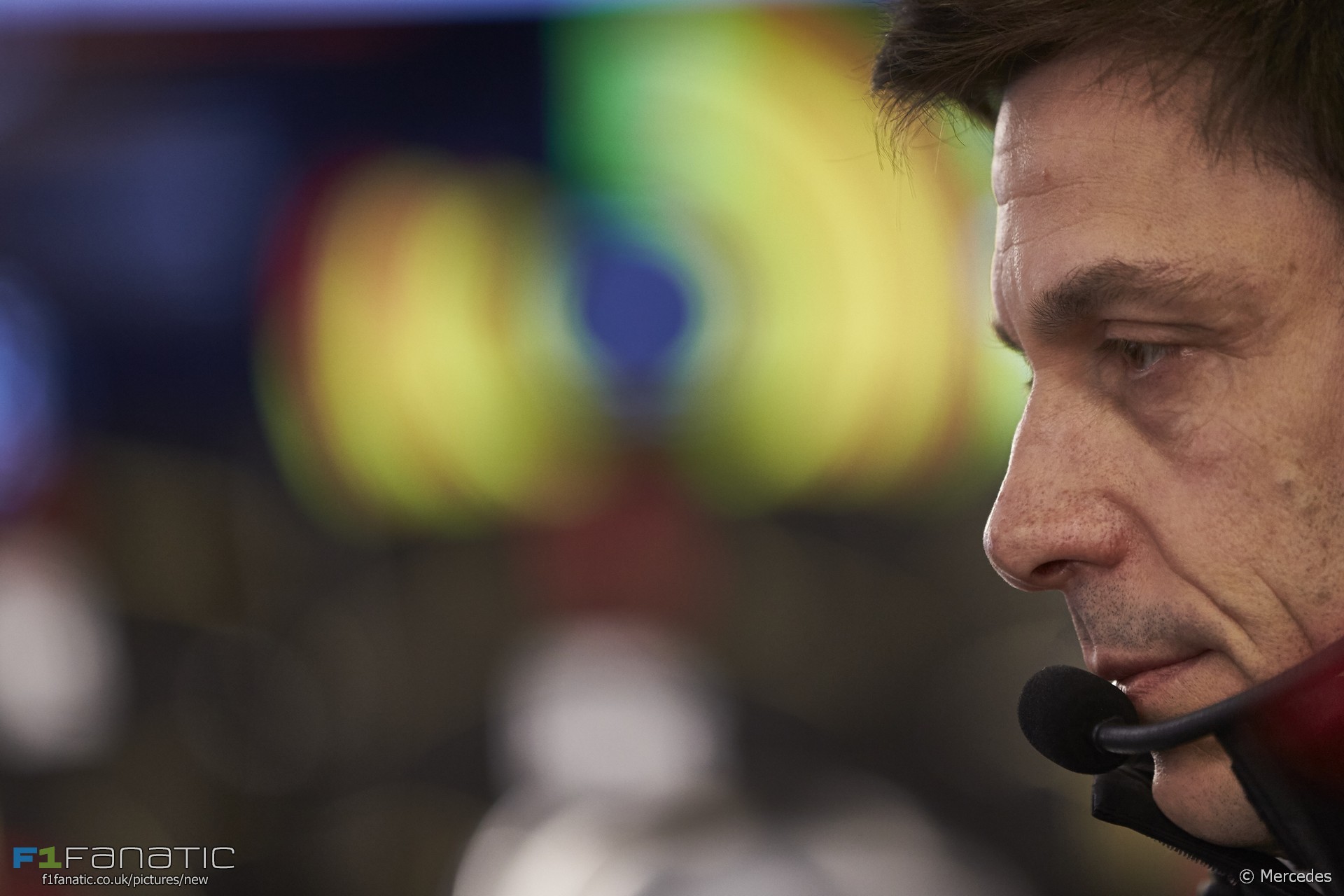 In the round-up: Mercedes executive director Toto Wolff rejects Eddie Jordan’s claims the team has agreed to supply McLaren with engines next year and that it will lose title sponsor Petronas at the end of next season.

"Whatever spin you give it there is no board decisions on supplying engines to anybody."

"Asked whether he shared Boullier's mood, Alonso, sitting alongside the Frenchman, told reporters his weekend had 'so far been quite positive'. Both of Alonso's managers have been spotted in talks with rival teams this weekend."

Verstappen: Red Bull should be ahead of Ferrari (Racer)

"We should be ahead (of Ferrari) without all things happening in qualifying so yeah it's looking a lot better, but of course when you're looking to Mercedes we know we have to improve, but we know they have this power mode which they can use twice maybe?"

"We've seen it many times, you have two categories in Formula 1 and at the moment we are in the second category."

"I was so on it - Q1, Q2, then Q3 I made that one little mistake and I was so frustrated I had made that mistake and the red flag came out when I was up again on my next lap and I was thinking 'there is no way I was going to be able to do it on the first lap'."

Grosjean 'fed up' with focus on his radio (Autosport)

"I've been broadcast much more than others and I'm pretty sure others have been swearing and not being happy sometimes."

"They did a few experiments with set-up, looking at some of the differences between his set-up and Felipe's set-up, and some of that's been brought forward here and I think it's put him in a much better place."

"They've made it very clear they looking for more entertainment to add to their grands prix."

Musings on the Grand Prix du Canada (The Toronto Star)

"The length of that contract between F1 and the city of Montreal is now officially staggering. Who or what has a contract that long? Will Formula One even exist in 2029?"

"He seems to have a healthy balance between his racing and the rest of his life and you need that light and shade."

Perspective: McLaren are 4.5kph slower than the next-slowest car.

I think we have to give big credit to Charlie for this. Amazing work👍 |Мы должны быть благодарны Чарли за эти изменения. Отличная работа pic.twitter.com/hIJngMSVkC

No surprise to see Lance Stroll driving so well today: he's finally discovered Rob Wilson and was training up at Bruntingthorpe last Monday

Sunday's a perfect day of racing:

And you thought the #MonacoGP TV director was bad.

(The driver was OK!) pic.twitter.com/47VJnLWJKO

It only took until lap two for the Safety Car to appear in the #F2 race. #AzerbaijanGP

If you thought Mercedes were dominant in qualifying yesterday, how about Penske’s performance in IndyCar. Their four cars locked out the front two rows and were 1.6 seconds faster than their closest rival. Helio Castroneves took his 50th career pole position.

We’ll be following the race at the spectacular Road America course from 5:30pm on F1 Fanatic Live. Here’s the full grid:

After a difficult start Lance Stroll seems to be turning his season around:

I’m really pleased for Stroll, to my mind that qualifying session trumps the points in Canada. I didn’t think he that level of performance in him, I’m very happy to be proven wrong.

Fair play to Williams for nurturing him through a tough period as well. Looks like they’ll reap the rewards of good man management going forward. A lesson for some of the more cutthroat teams.
Roth Man (@Rdotquestionmark)