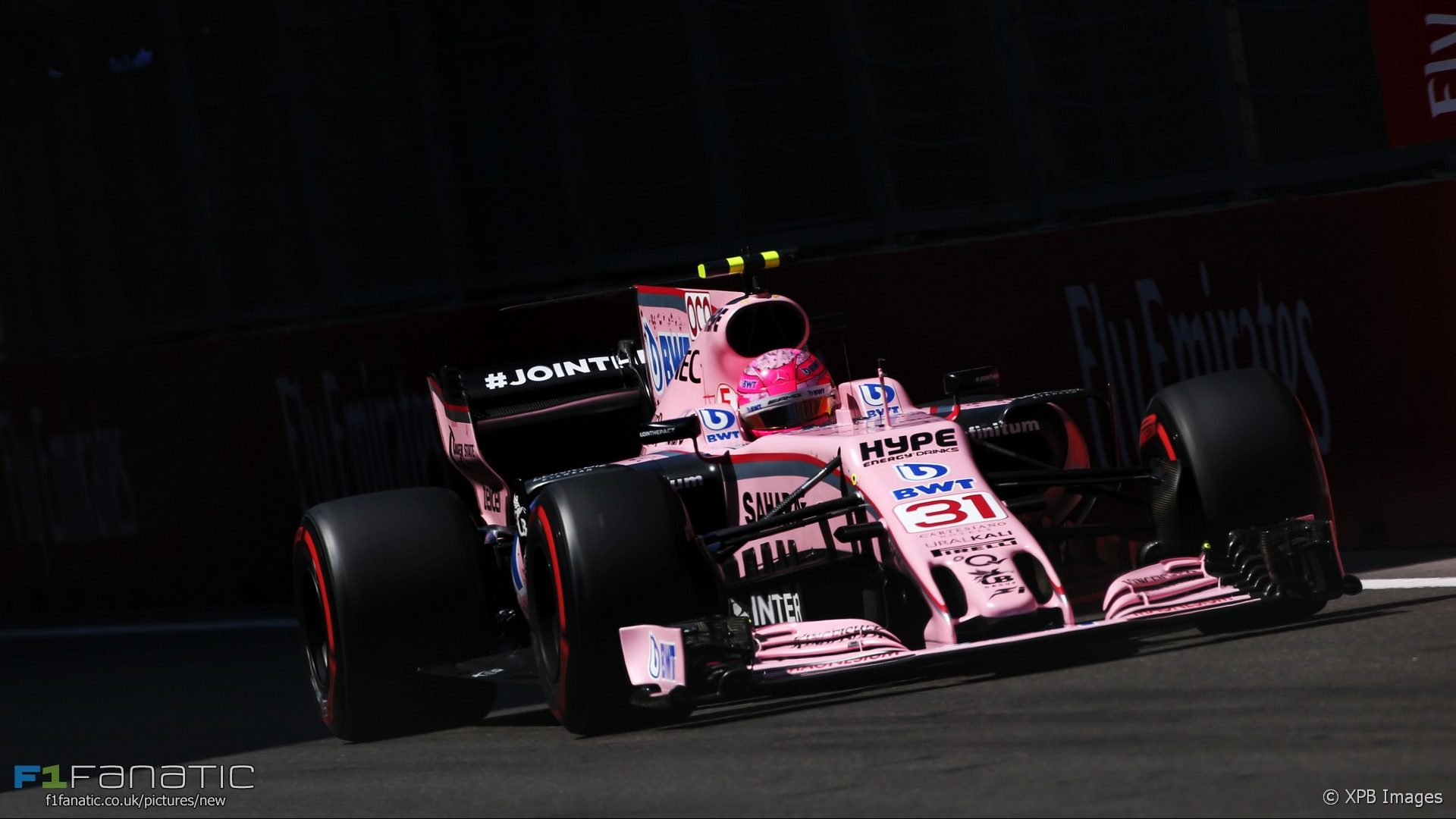 In the round-up: Documents indicate Force India could be rebranded as Force One.

"The only named official for the companies - Force One Grand Prix, Force One Racing, Force One Team, Force One Technology, Force One Hospitality and Force One Brand - was Force India director Thiruvannamalai Ventkatesan Lakshmi Kanthan."

Vettel may face further punishment over collision with Hamilton (The Guardian)

"Sebastian Vettel is being investigated by the FIA for the incident in which his car hit Lewis Hamilton in the Azerbaijan Grand Prix on Sunday."

"There was no way Seb was going to admit turning in on Lewis, whether deliberately or because he only had one hand on the wheel at the time."

"Our chassis is good, we are bringing updates, Renault is working on the engine, As I said we still think we can win races on our own during the rest of the season."

"F1 is planning a joint car launch event before the start of the 2018 season which fans will be able to attend."

Ferrari going for it in British GP (James Allen on F1)

"The high speed flowing Silverstone circuit should suit the Ferrari and to make sure that they give themselves the best chance of coming away with a British Grand Prix win, the team has decided to roll out the latest version of the 2017 engine that weekend."

"Knowing why you are quick and why you are slow, what happens weekend after weekend, makes a huge difference to your season and to your career in Formula 1. That's something I figured out what went wrong and I analysed really carefully what happened at my time with McLaren, why it went so wrong."

"The Force India Formula 1 team will use its reserve driver Alfonso Celis Jr in Friday practice for the first time this season at the Austrian and Hungarian Grands Prix."

"For Friday’s two practice sessions Mercedes experimented with an asymmetric brake set-up, running greater cooling capacity on one side of the car than the other."

"Hamilton deserves a lot of credit for what he did on the three restarts. He did something different every time, and you can’t overestimate that."

Admit it Seb, you screwed up (Racer)

"In Austria, Vettel should own up and apologize for his reaction, even if he wants to maintain Hamilton was at fault for their initial collision."

"Under team principal Maurizio Arrivabene, so frightened to upset Ferrari CEO Sergio Marchionne - the autocratic 65-year old who demands results or else - the team have operated an almost unparalleled media blackout of their personnel. Such a daft policy will inevitably bite when controversy occurs, since rivals with a grown-up attitude towards the press are far more able to control and react to the narrative."

My first time in an oval and it was great! BIG respect to oval racing drivers. pic.twitter.com/1PPcghZV5W

Didn't think we'd see a P1 by this stage a few months back.. looks good. I like it. I think @redbullracing do too. Let's get some more 🙋🏻‍♂️ pic.twitter.com/xmmE75Q8Rk

Quite a few of you felt Kevin Magnussen deserved a spot among the ‘Star Performers’:

Magnussen maximised the car in the race, and the double move on Hulkenberg and Massa was rather nice too.
Hugh (@Hugh11)