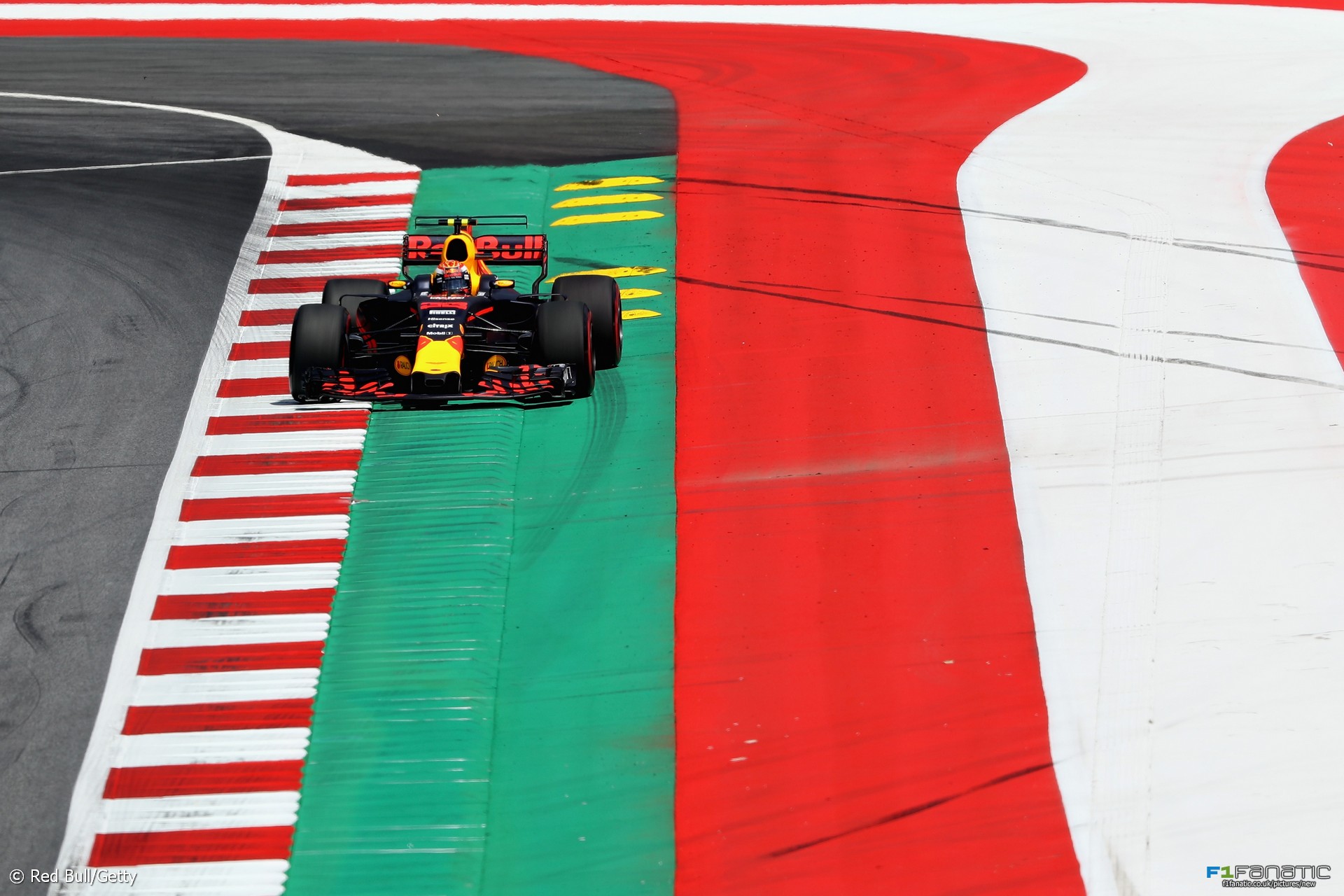 Max Verstappen said the kerbs at the Red Bull Ring aren’t right for F1 after running over them during practice.

“This is not the highest grip track,” Verstappen explained, “and with the higher speeds this year, if you have a moment, it is difficult to correct without hitting a kerb or going through the gravel which a lot of people have experienced today.”

“The yellow kerbs were definitely a challenge and I think maybe they are not the type of kerbs for Formula One, the cars just aren’t designed for it.”

Other teams also experienced problems with the run-off areas at the Red Bull Ring. Both Williams drivers incurred damage after running wide at turn nine.

The run-off areas at the Austrian circuit have been a cause for concern before. Last year Verstappen also criticised the kerbs after Friday running. During qualifying Daniil Kvyat crashed due to a suspension failure caused by hitting one of the kerbs.

Verstappen said he was pleased with his car’s performance after ending Friday within four-tenths of a second of the fastest time.

“All in all, I think it was a positive day,” he said. “We had a small issue with a brake connection at the start of FP2 meaning we had to take the floor off the car which lost us some time but we pretty much completed our programme so we can be happy with that.”

“We still have some work to do tonight as I’m not fully happy with the balance we had today but we are also not too far off. We always know that in qualifying Mercedes will turn up their engines and of course the weather here can change very quickly, so it will be interesting to see what happens tomorrow.”