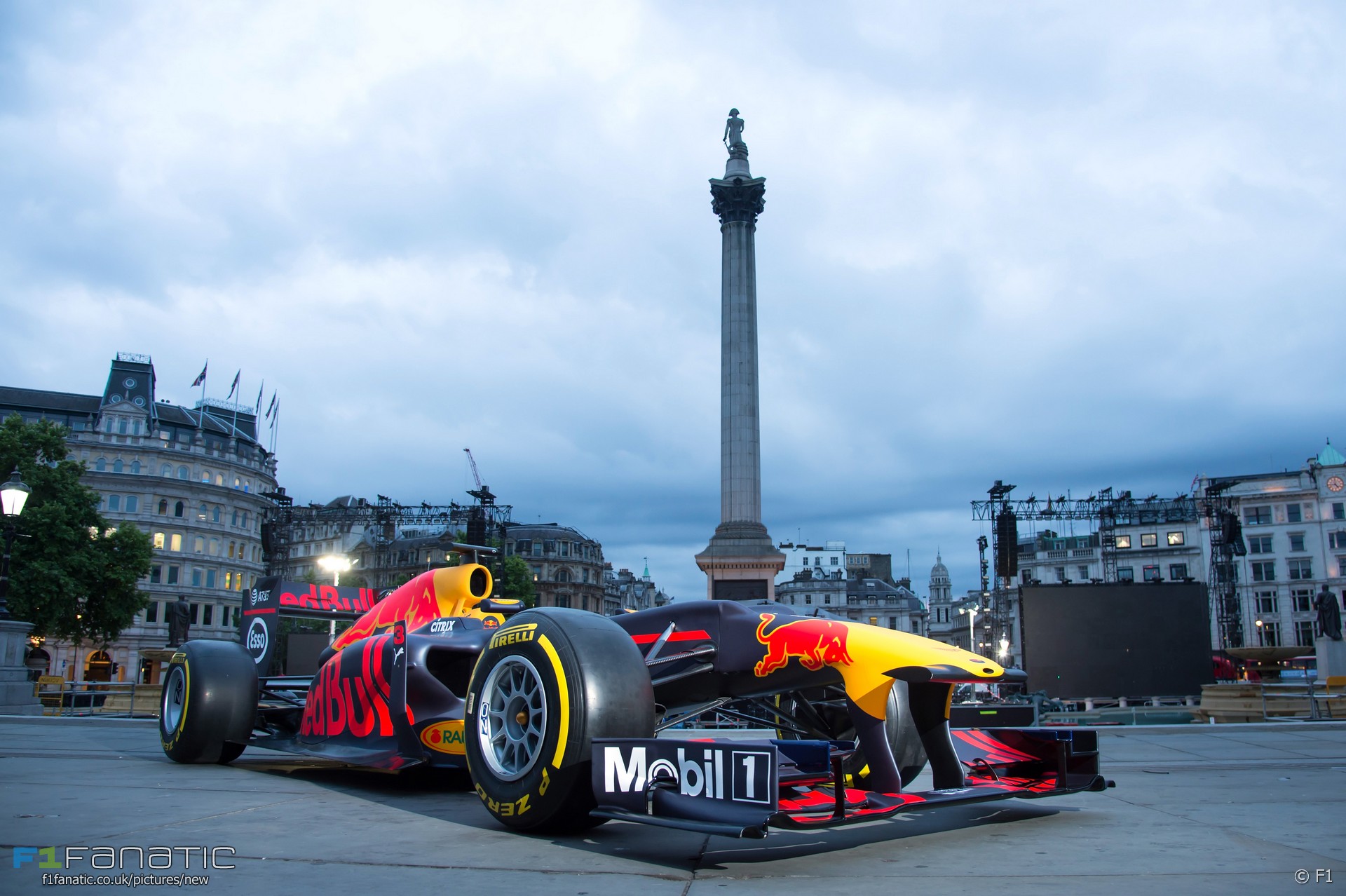 All ten Formula One teams will participate in a special ‘F1 Live London’ event tomorrow, ahead of this weekend’s British Grand Prix at Silverstone.

Trafalgar Square will play host to “the biggest live show in its history” from 5:30pm to 9pm on Wednesday featuring Formula One stars and celebrity guests.

The show will include a “moving display” of cars between Trafalgar Square and Whitehall, music and interviews with drivers and other major F1 figures.

The event will also include an F1 in Schools and Innovation Showcase between 12pp and 4pm to give information about careers in Formula One. Formula Student and the Dare to be Different campaign, which was established by former Formula One test driver Susie Wolff last year to encourage more women to participate in motor sport, will also be represented.

“We feel there is no better way to celebrate the exciting season we have had so far than to have this landmark event in London on the eve of the British Grand Prix. This is all about giving our fans the opportunity to get closer to the teams, cars and drivers they love.”

London mayor Sadiq Khan said the event “is a brilliant opportunity to show young people in our city that learning about science and engineering can provide them with fantastic careers, and can be great fun.”

Formula One previously held a show run in London in 2004.