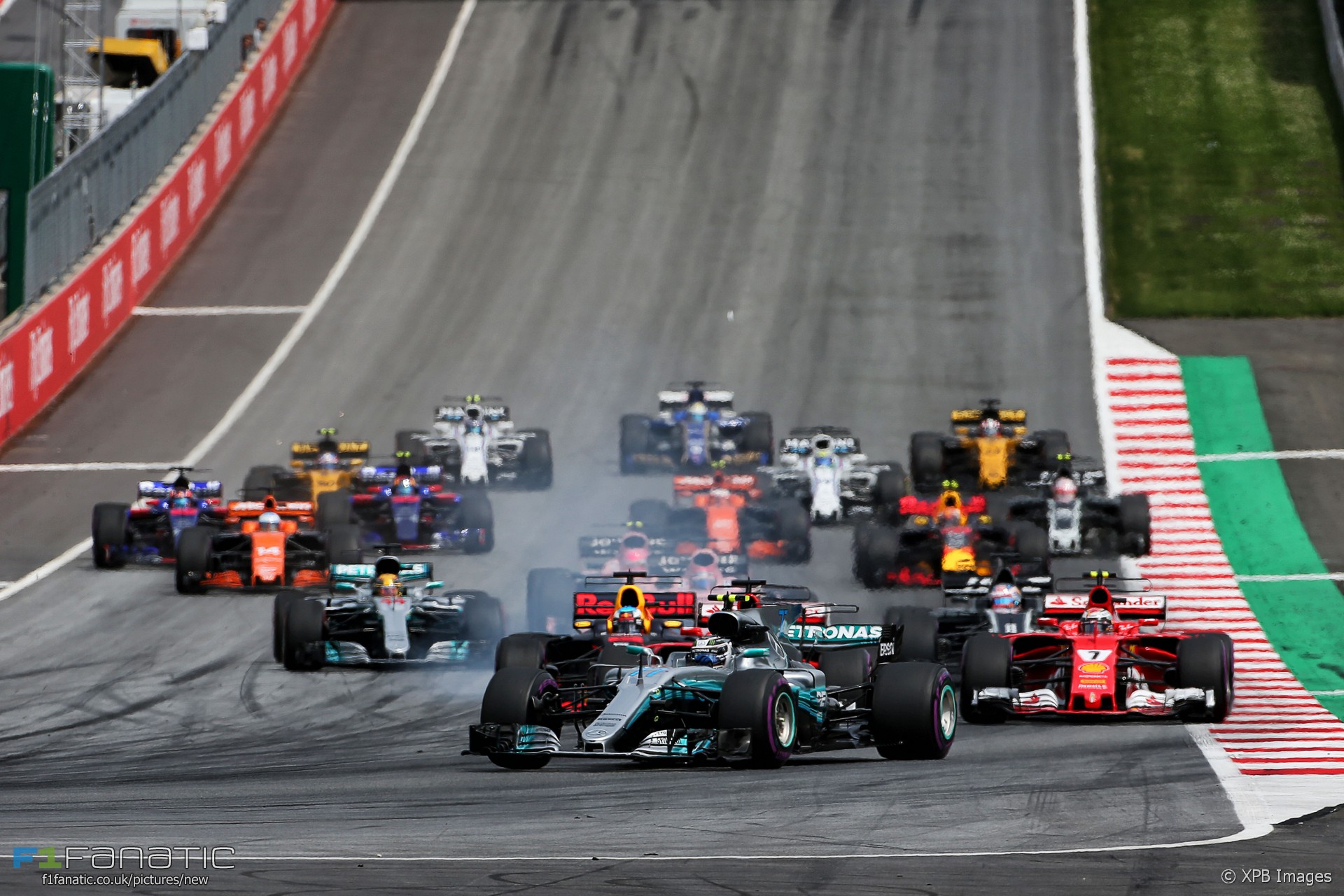 Valtteri Bottas revealed his rapid getaway at the start of the Austrian Grand Prix was achieved by anticipating when the lights would change.

Bottas was cleared of jumping the start after the FIA ruled he had taken 0.201 seconds to react to the lights changing. However Bottas admitted his start had been ‘on the risky side’.

“Having a start like that definitely you need to gamble a little bit,” said Bottas in the pre-event press conference at the British Grand Prix.

“If you’re moving exactly at the same point when the lights go off you definitely need to be a bit on the risky side rather than the safe side. Everyone is obviously free to try and have an idea, guess when the lights go.”

Sebastian Vettel and Daniel Ricciardo, who queried the legality of the Mercedes driver’s start during the race, said on Sunday they suspected Bottas had anticipated the lights changing.

“In theory it’s not a natural reaction I don’t believe, but as Valtteri said if it’s plus then he’s safe. But I don’t believe he reacted to the lights.”

Other drivers said it would be too risky to try to anticipate when the lights would change.

“I normally don’t gamble,” said Romain Grosjean. “May think about it but I just normally react to the lights.”

38 comments on “Bottas admits he “gambled” on start in Austria”