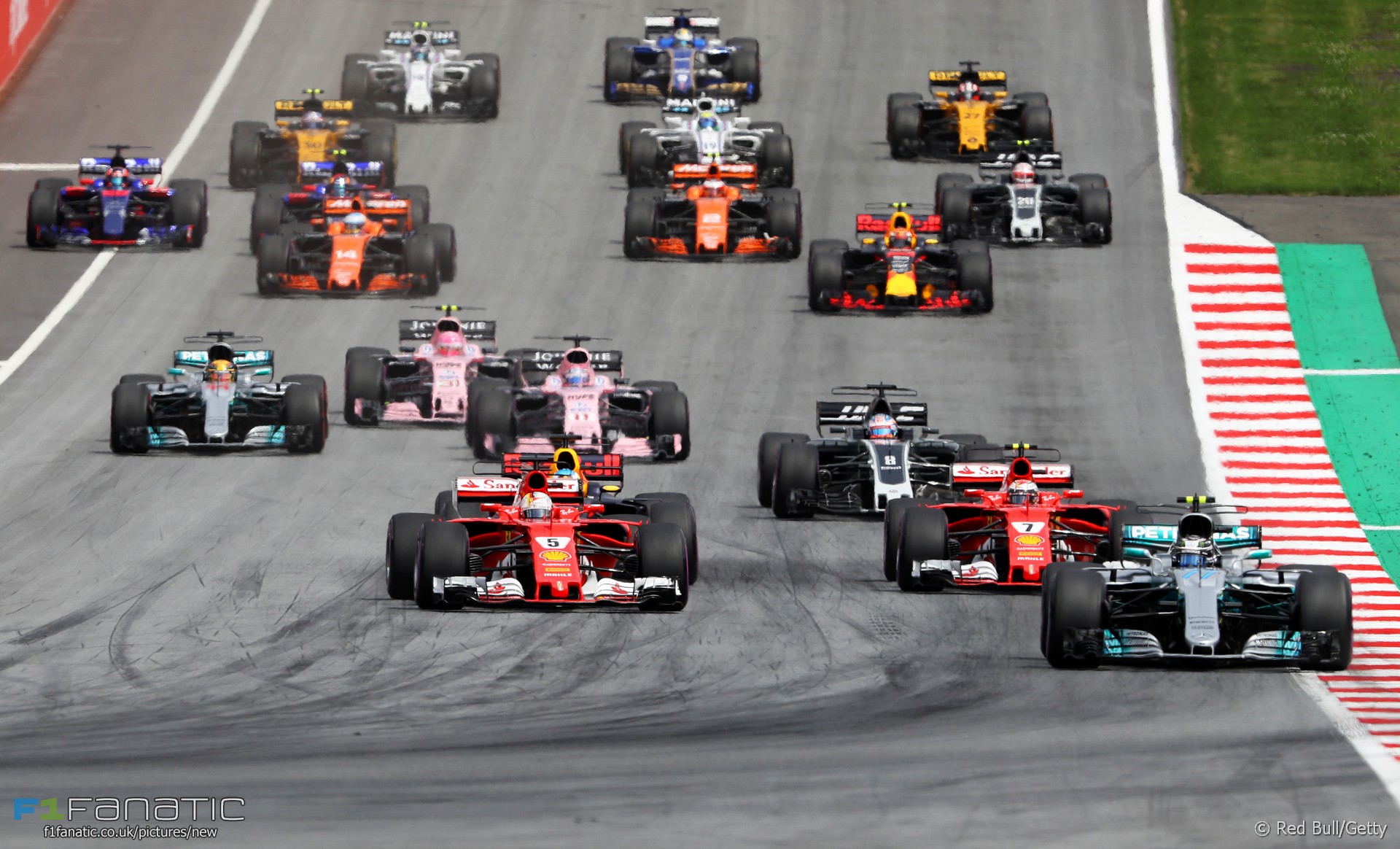 If Baku gave us a soap opera the Red Bull Ring produced a more pure race, albeit one which failed to deliver much in terms of drama.

The final laps of the race were undoubtedly tense as Sebastian Vettel hunted down Valtteri Bottas and the other Mercedes closed on the podium. But neither really ignited into a true battle.

The Austrian Grand Prix was rated 5.8 out of ten by F1 Fanatic readers. That’s not the worst score a race has had this year, but it’s a long way from the best. Here’s what you said about it:

Just a plum average race. Couple of OK overtakes, bit of interesting strategy being played out. But no one will be taking about this race a few weeks from now. It wasn’t switch it off or fall asleep poor.
Philip (@Philipgb)

This was just one of those races that could or should have been exciting. However, the weather stayed dry, there was not much room for strategic battles, there were no Safety Cars and the cars spent almost all of the race in their deserved positions so some 90% of the race was basically a procession. Still, the start was nice and the last couple of laps were really tense; there was a real battle for the top positions, which is never a given. It’s all good.
@Girts

I thought it was alright, not much battling for most of the race but the cars looked on the limit at least, and some different strategies.
@George

The intrusive trackside advertising was not popular:

Just want to mention the track advertising. I found it extremely distracting with that massive beer bottle flying across the screen. Credit to them, it was very effective advertising but extremely annoying. The position of the cameras made it look like there were beer bottles racing on track. The little action there was was easy to miss today but maybe it was just me.
@Brawngp

But some wanted to see the race go on longer:

Why does it always seem like a race should have had 3-5 more laps?

The ending built up to a thrill, but prior to that it was a bit of a bore. That said, I did enjoy a nice clean race with no Safety Car interruptions (unlike Baku, which while flashy, got a bit annoying).

Good recovery by Williams too, despite the retirements of others they also made up places on their own.
@Phylyp

I think this race was one of the better races from the last couple of years. While I agree that the first portion was not that action packed, you always had the sense that it was building towards something.

This was the first race I can remember in a long time that the director didn’t know where to focus in the final laps because there where two great battles happening.

It just goes to show that you don’t need passing to have an exciting race that keeps you on the edge of your seat.
@Macca

Well, the last two laps of the Austrian GP were great. The other 69 laps or whatever? Not so much. #F1

Formula one was so average today argh. #AustrianGP

Big #F1 fan but the @CNBC coverage is unbearable… ads are crazy. @libertyglobal US market deserves better…no timeouts in F1…

It was an absolute thrilling race #AustrianGP

Huge well done to @ValtteriBottas for winning tonight's #AustrianGP. The race was a snoozefest until the last 5 laps. That was tense! #F1

That was the #AustrianGP and my first live race. Very sad to leave this place tomorrow. Hope to come back in Belgian 2018. #AustrianGP #F1

Happy about the result but this race was anti-climactic #AustrianGP

I say it every year they go there: the track in Austria is the worst on the @F1 calendar. Just a dreadfully boring race there, as always.

What a finish in the f1….lewis just didnt have enough to get there