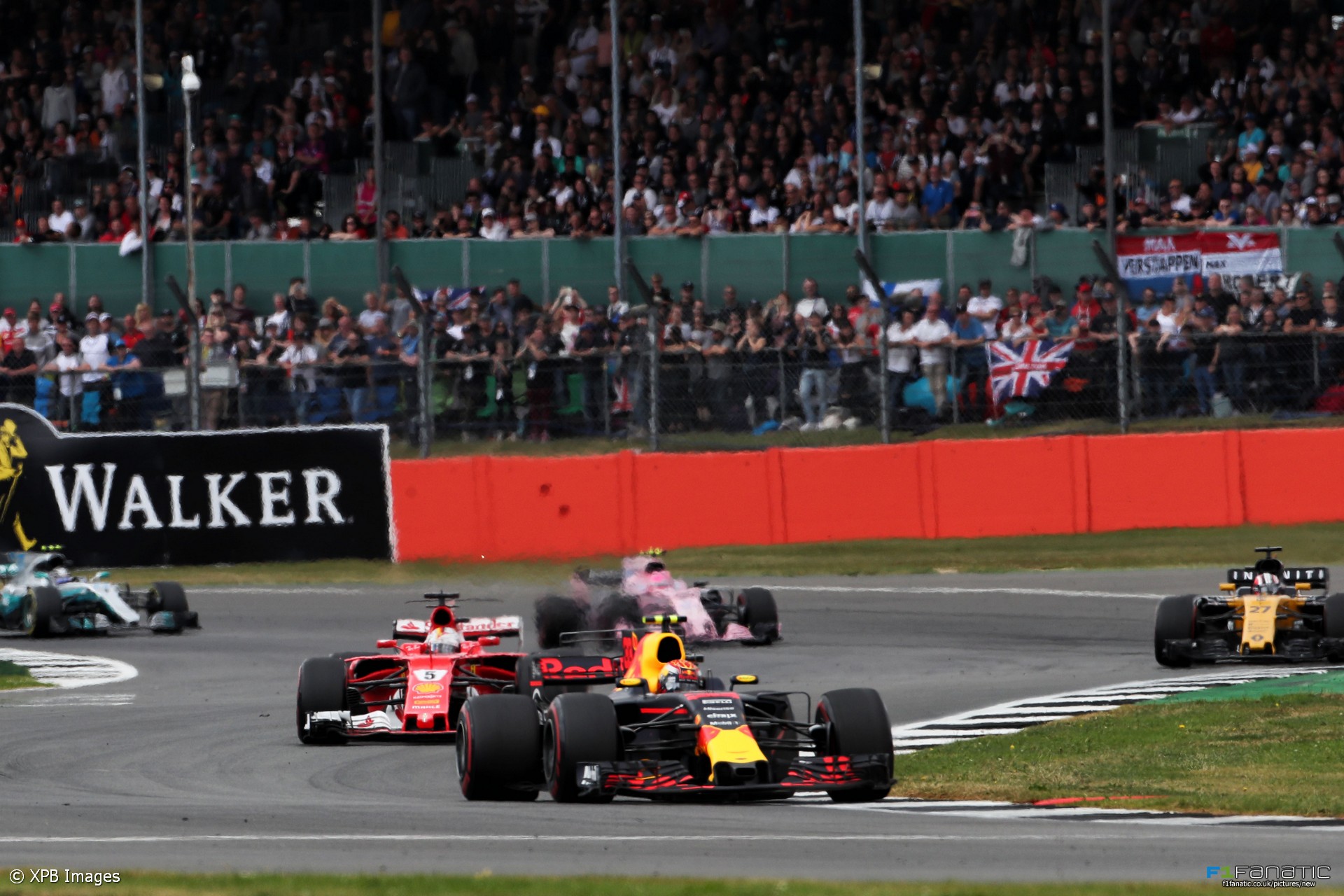 In the closing laps, Verstappen had been running fifth but Red Bull chose to bring him in for fresh tyres as a precaution immediately after Kimi Raikkonen suffered his left-front deflation.

“We decided to pit just to make sure that we wouldn’t get a puncture. But all in all I think we maximised the result,” explains Verstappen.

“As soon as I came in and saw Kimi pitting, I thought ‘we should’ve stayed out’, because then we could finish on the podium. But that’s always hindsight. At the end of the day, I understand that they want to be cautious with the tyres.”

Verstappen was involved in a hard battle with Sebastian Vettel over third place in the early phase of the race. The two made slight contact at Stowe corner and Verstappen held on to the position, ultimately losing the place in the first round of pit stops.

“We were a bit too slow, so I expected that Sebastian was coming,” says Verstappen. “We had some nice wheel-to-wheel action, absolutely.

“I kept pushing to try and keep up with them. I think some bits of the race, our pace was actually not too bad. But then I started to struggle with the left-front and I could also see the Ferraris start to struggle with that and eventually Sebastian got a puncture.”

Verstappen’s fourth place marked his first finish to a race since the Monaco Grand Prix after he retired from each of the previous three races.