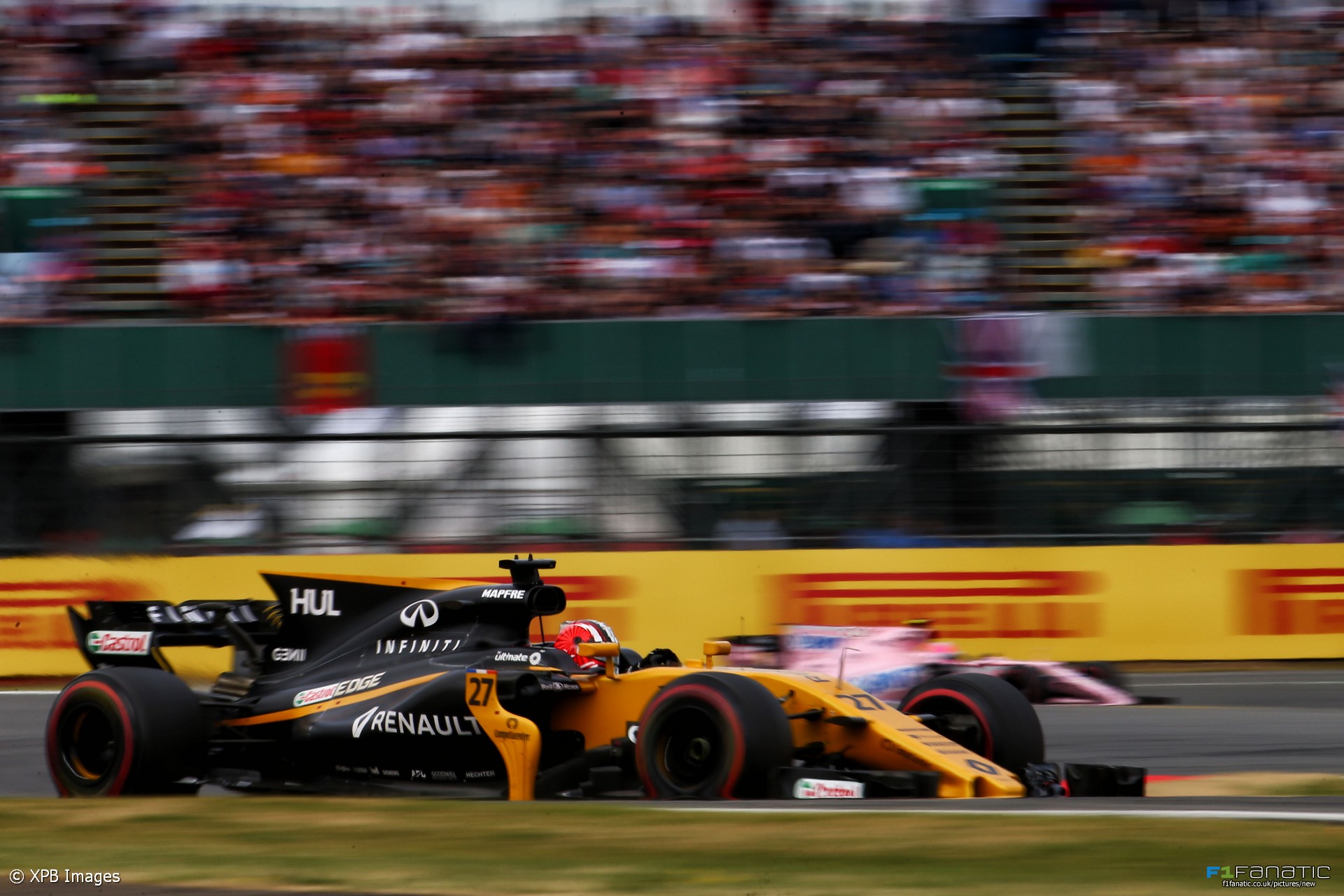 Renault’s Nico Hulkenberg says he is ‘very happy’ with the performance of his RS17 over the British Grand Prix weekend after taking a sixth place finish.

After a season-best starting position of fifth following Valtteri Bottas’s five place grid penalty, Hulkenberg converted the Renault potential into a sixth place finish to cap off the strongest weekend for the team so far this season.

Hulkenberg drove a consistent race, keeping ahead of the Force Indias of Esteban Ocon and Sergio Perez before being pressured by Daniel Ricciardo in the closing stages. There was a moment of confusion late on, when the Renault team gave Hulkenberg an incorrect lap count.

“There was a bit of a miscommunication,” Hulkenberg explains. “I was told that there was ten laps to go and then three laps later I was also told ten laps.

“I was a bit mad at them that they didn’t get their count right, because obviously I drive to the limit and manage my tyres to the end and then suddenly I had to do three laps more. I was a bit, well, surprised in that moment.”

Hulkenberg was eventually caught and passed by Ricciardo in the closing laps, after suffering a minor power deployment issue along Silverstone’s long straights.

“We lost some power and some deployment, which made made it easier for Daniel [Ricciardo] to pass me,” says Hulkenberg. I’m not sure whether or not that would’ve made the difference maybe, but we were lucky to get one position from Seb [Vettel] on the last lap.”

Following Renault’s strongest performance of the season so far, Hulkenberg says that the team can be satisfied with their showing over the British Grand Prix weekend.

“Overall, I’m just very, very pleased that the pace was good today, for once. I could really push the car and handle the Force Indias quite well, so that’s the good news of today.”