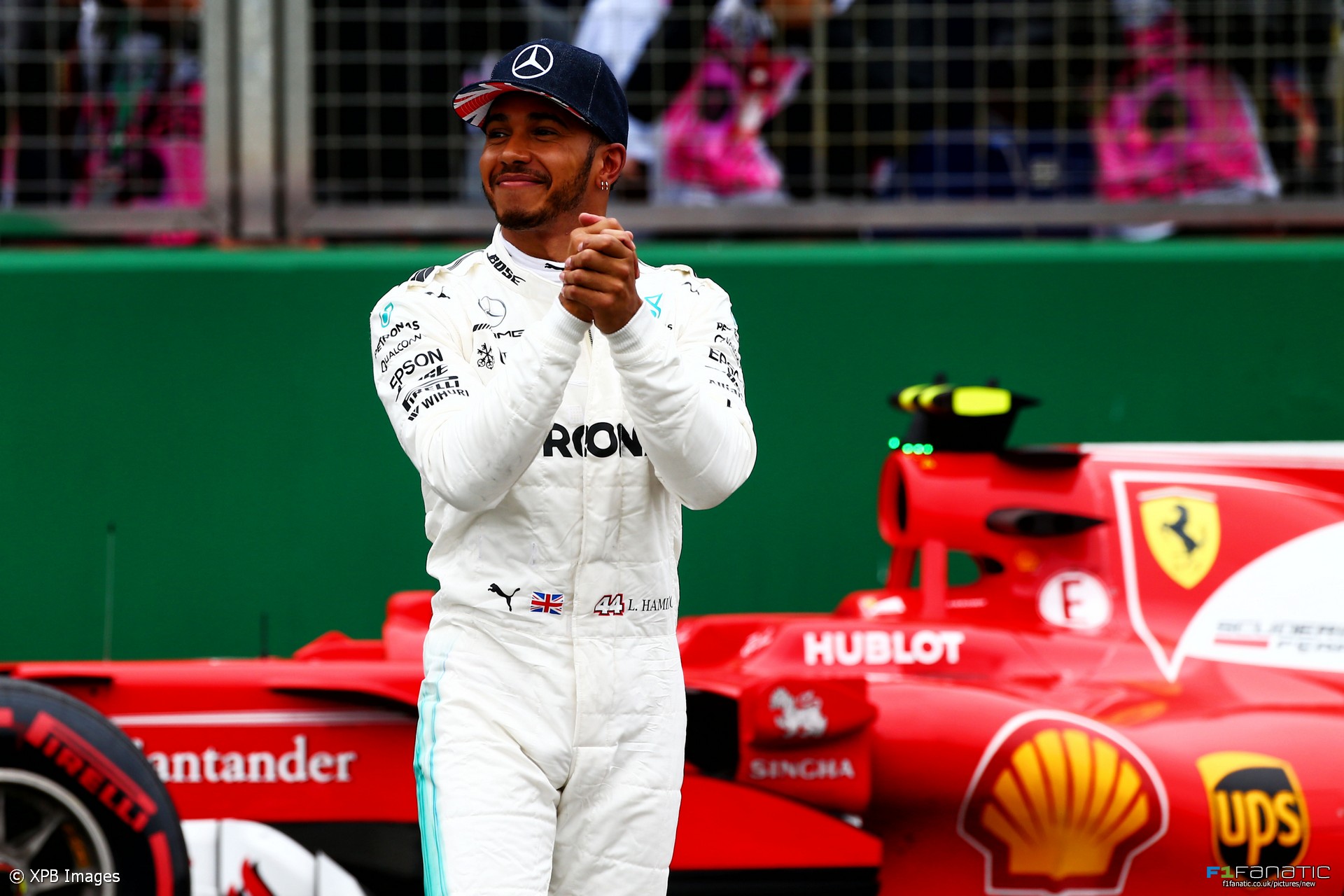 After posting his worst result of the season so far in the British Grand Prix, Sebastian Vettel sounded a warning that Mercedes have found a “game changing” advantage in qualifying over the last four races.

Mercedes have clearly been the dominant force in qualifying so far this year having taken eight out of ten pole positions. But have Ferrari run them close at times. Vettel was just five-hundredths of a second off Lewis Hamilton in Spain and four-hundredths off Valtteri Bottas in Austria.

Ferrari had their best qualifying performance of the season so far in Monaco, locking out the front row of the grid for the first time in seven years. In the four races since then, however, it’s been advantage Mercedes:

Monaco was a turning point for Mercedes. Hamilton endured a horrible weekend, failing to make the cut for Q3 as the team was stumped by its performance on the ultra-soft tyres. Since then the team’s one-lap pace compared to Ferrari has noticeably improved.

As usual there seems to be multiple factors at work. Mercedes have not just improved their car but also figured out how to set it up better. And then there’s the X-factor: Just how significant was the FIA technical directive at the Azerbaijan Grand Prix on burning oil as fuel for Ferrari?

The gains Mercedes have made over the last four races is slightly masked because car performance is very circuit-sensitive. The Red Bull Ring’s short, simple layout lessened the different in outright performance between the teams.

But Silverstone was a worry for Ferrari because they had been very close to Mercedes at Spain, a similar circuit in terms of its mix of medium-to-high speed corners. The W08’s performance advantage wasn’t confined to a particular part of the Northamptonshire track: Hamilton took at least a tenth off the Ferraris in every sector.

Last year Ferrari were 1.3% slower than Mercedes at Spain and 1.6% behind in Britain. This year having been just 0.06% off Mercedes in Spain the gap grew to 0.6% in Britain. Ferrari are clearly still performing much better than last year, but they’re not quite as serious a threat to Mercedes in qualifying as they once were.

That’s especially bad news for them ahead of the next race at the Hungaroring. More medium-speed corners await, and ordinarily this is a track where the importance of pole position is high. Last year Ferrari were closer to Mercedes in Hungary than they had been at Silverstone: 1.1% off the pace.

Ferrari’s qualifying performance at Silverstone was also flattered by a sub-par showing from Red Bull. It didn’t help matters that one RB13 failed to make it beyond Q1 due to a power unit problem. Max Verstappen’s best Q3 effort left them further off the pace than they had been anywhere this year apart from Russia. “We need to understand why we struggled,” he admitted afterwards.

There is some consolation for Ferrari in that Mercedes haven’t yet been able to consistently get both cars out-pacingthe field in qualifying. They’ve only qualified first and second before penalties were applied in two out of ten races.

As long as Vettel and Kimi Raikkonen can keep getting in between the Mercedes on the grid they have the chance to wield the SF70H’s stint pace on race day. Though at Silverstone it seems they over-played that hand and found themselves in tyre trouble as a result.

83 comments on “Analysis: Is Vettel right about Mercedes’ “game changing” advantage in qualifying?”