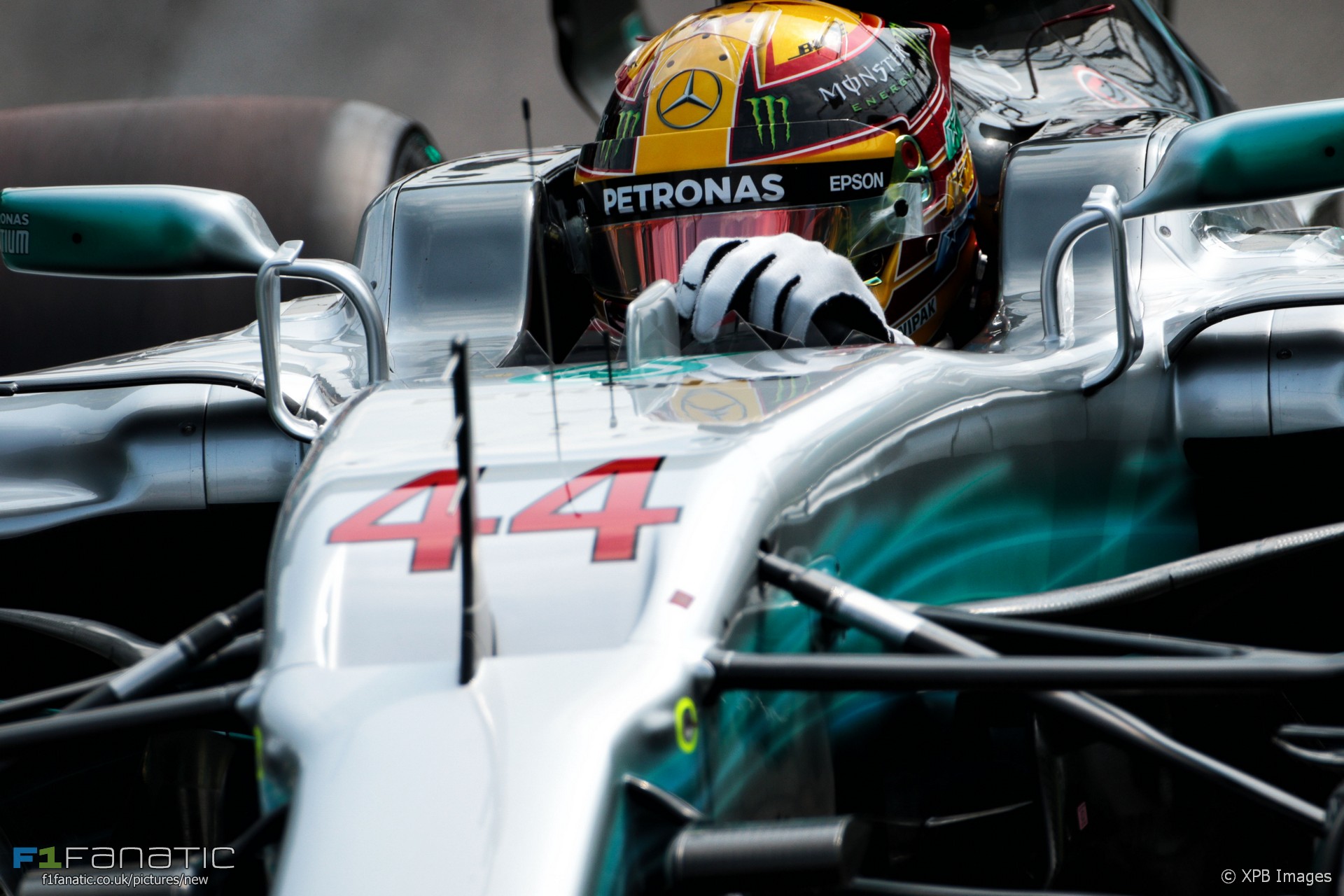 A late Safety Car restart gave Vettel an opportunity to pass the Mercedes, but Hamilton defended well enough to keep the lead.

Daniel Ricciardo took third for Red Bull ahead of Kimi Raikkonen and Valtteri Bottas in the second Mercedes.

Hamilton led away from pole, holding off Vettel, who had a half-hearted look at the Mercedes at Les Combes before settling into second.

Max Verstappen was an early retirement, losing power in his Reanult power unit at the start of lap eights and pulling off to the side of the Kemmel Straight in front of thousands of disappointed fans.

With double yellow flags along the straight, Kimi Raikkonen failed to lift off and was hit with a ten second stop-and-go penalty, taking him out of contention for the race.

Sergio Perez was given a five-second penalty for passing Romain Grosjean after running wide at Les Combes. That saw Esteban Ocon behind his team mate after the pit stops and the two team mates touched on the run to Eau Rouge, causing damage to both cars and leaving debris across the track.

The Safety Car was deployed and the front runners all dived in for fresh rubber, with Mercedes opting for Soft tyres while Ferrari fixed new Ultra Softs on both their cars.

As the race went back to green, Vettel did a good job of responding to Hamilton’s restart and kept his rival under pressure on the run up the hill. Despite the Ferrari driver’s best efforts, Hamilton was able to fend off the attack and keep the lead.

Hamilton held on for the remaining laps and took his fifth win of 2017 to move within seven points to Vettel in the drivers’ championship.

Daniel Ricciardo took advantage of the restart to take third with a great move on Kimi Raikkonen and Valtteri Bottas, who took fourth and fifth respectively.

Nico Hulkenberg finished sixth for Renault, ahead of Romain Grosjean in seventh, Felipe Massa in eighth, Esteban Ocon in ninth and Carlos Sainz rounding out the points in tenth.