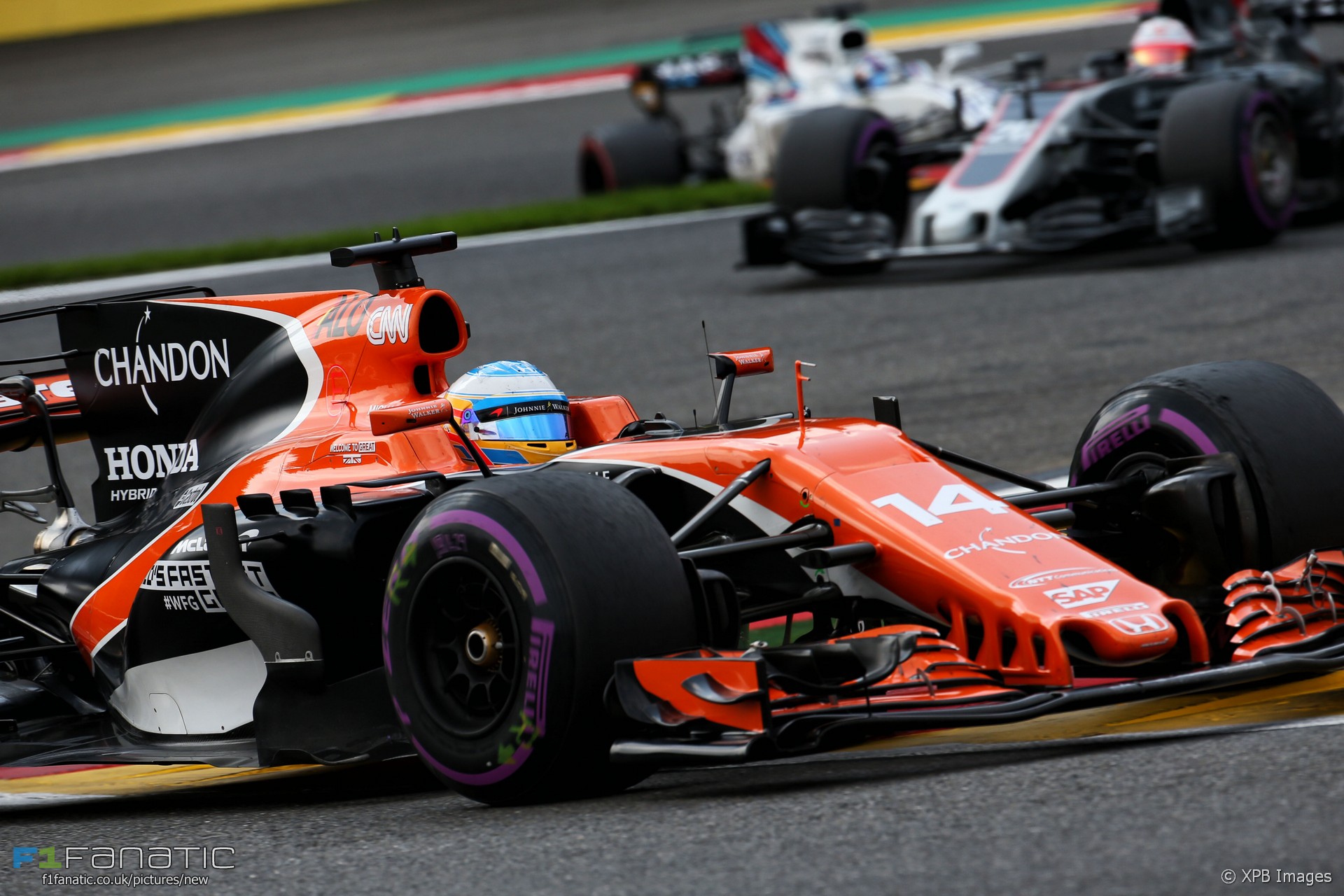 Fernando Alonso insisted he was forced out of the Belgian Grand Prix with a power unit problem.

The McLaren driver gave a series of unhappy messages on the radio during the race and also asked if there was any chance rain might fall shortly before retiring.

However speaking to journalists after the race Alonso said “it was a problem, an engine problem. We lost the power unfortunately.”

“It was a difficult race, maybe the points were impossible today, let’s see what we can do next week.”

Alonso’s future at McLaren remains in doubt beyond the end of the season but he indicated he is still open to remaining at the team.

“I think we will see what happens in the next couple of weeks,” he said. “I’m happy with the team I think we are having tough seasons so far in the last three.”

“But McLaren is one of the best teams in the world, I will be happy to keep working with them but we need to see how things will evolve in the next couple of weeks.”

Alonso made it up to seventh on the first lap of the race but was passed by Nico Hulkenberg and a series of other cars which dropped him out of the points. Here are a selection of his radio messages which were broadcast before he retired:

Alonso: “Embarrassing, really embarrassing.”
“Yep Fernando we see that. Be careful, we have two warnings for turn four.”

“Magnussen is 1.2s behind Grosjean.”
Alonso: “I really don’t care about all the gaps too much. This is just a test.”

“Fernando suggest shape four to protect the rears.”
Alonso: “No more radio for the rest of the race.”

“Fernando, Stoffel is pitting this lap.”
Alonso: “Why? The only [censored by FOM] car that I will overtake.”
“Fernando we didn’t want to be pushed back into Hulkenberg and Stroll. Sorry Palmer and Stoll.”
Alonso: “They will pass me in the next lap. I have no protection now. But anyway it doesn’t change my life.”