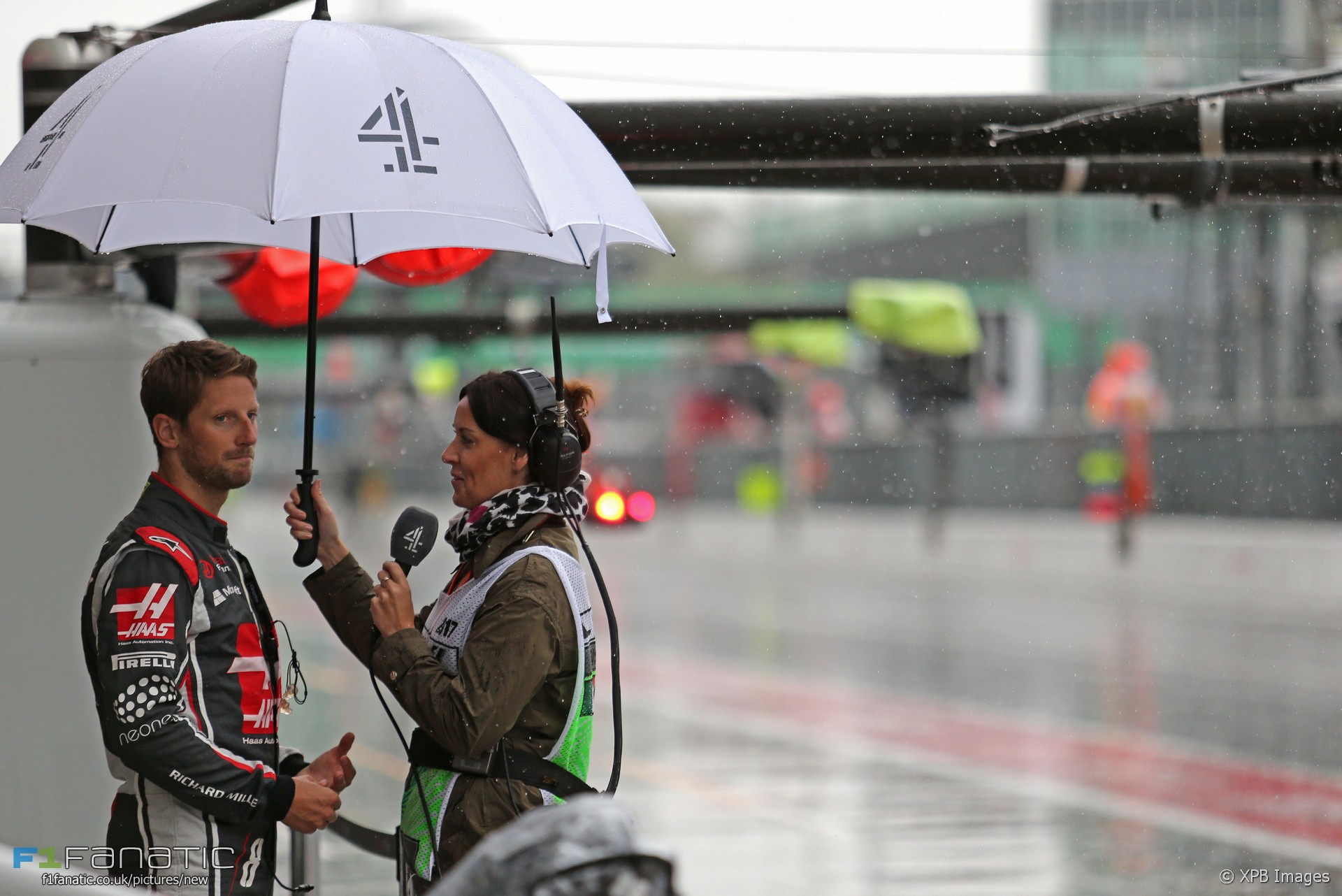 Formula One race director Chrarlie Whiting defended the decision to start qualifying on time after Romain Grosjean crashed on the pit straight at Monza.

The Haas driver crashed before the braking zone for tur none after his car aquaplaned. Afterwards Grosjean said the conditions “weren’t safe” to start the session.

“I said it straight from the beginning on the out-lap,” he said. “And obviously I’m unfortunately the example that they weren’t safe to drive. If you lose the car on the straight line it just shows that it’s too dangerous.”

However Whiting said the weather conditions deteriorated after the decision to start qualifying was taken.

“I think when we decided to go after that conditions got a bit worse,” said Whiting.

“We can look into the reasons for Grosjean crashing but unfortunately these things happen from time to time when drivers are pushing hard.”

Grosjean said race control should have listened to the feedback from himself and other drivers about the conditions after the session began.

“On the out-lap I was complaining a lot and I wasn’t the only one,” he said. “Having a quicker reaction would have avoided me to crash.”

“I’m lucky it wasn’t a bigger one: I crossed the track twice and I’m lucky no one was behind.”

Grosjean added that choosing not to run in the session or to drive at a reduced speed was not a realistic option.

“If everyone else is going what can you do?” he asked. “We’re representing a team.”

“You can choose to go very slowly but it’s maybe even more dangerous. I just think we should have postponed the beginning.”