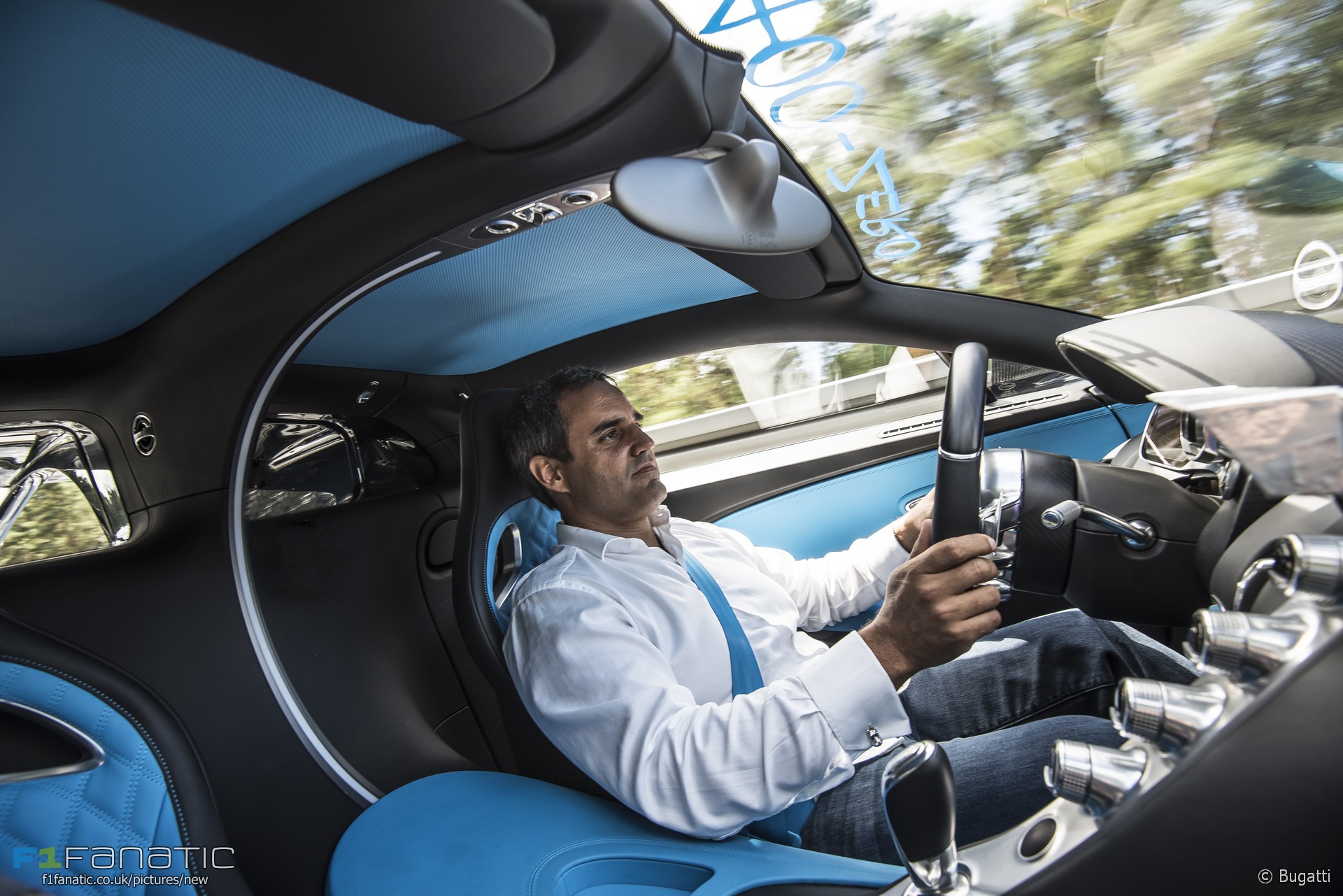 Montoya, a seven-times grand prix winner and two-times winner of the Indianapolis 500, set a new world record by accelerating from a standstill up to 400kph and back to a stop again in 41.96 seconds, covering 3.1 kilometres.

The car carried the number 42 which was the number used by Montoya during most of his time in NASCAR after leaving F1.

“It really was incredible to see that you didn’t need the complex preparations we have to make in racing for the 0-400-0 drive,” said Montoya. “With the Chiron, it was all quite easy. Just get in and drive off. Incredible.” The 41-year-old also revealed he did not use a HANS device for the record-breaking run.

Bugatti has not announced which driver will be chosen for its attempts to break the record top speed for a production vehicle which is the 431.072kph it recorded with the Veyron 16.4 Super Sport in 2010. “I’m saving the date in my calendar,” said Montoya.

The Bugatti Chiron uses an quad-turbo, eight-litre, 16-cylinder engine in a W-configuration and produces up to 1,500bhp. It took 32.6 seconds to accelerate to 400kph on Montoya’s run.

“Bugatti is the first car brand that not only calculates how fast a car can go from zero to 400 to zero on a computer, we actually drove it,” said Bugatti president Wolfgang Durheimer.

“Where others are satisfied with theory, we validate our data with real-life values. Just like we did with the Chiron.”