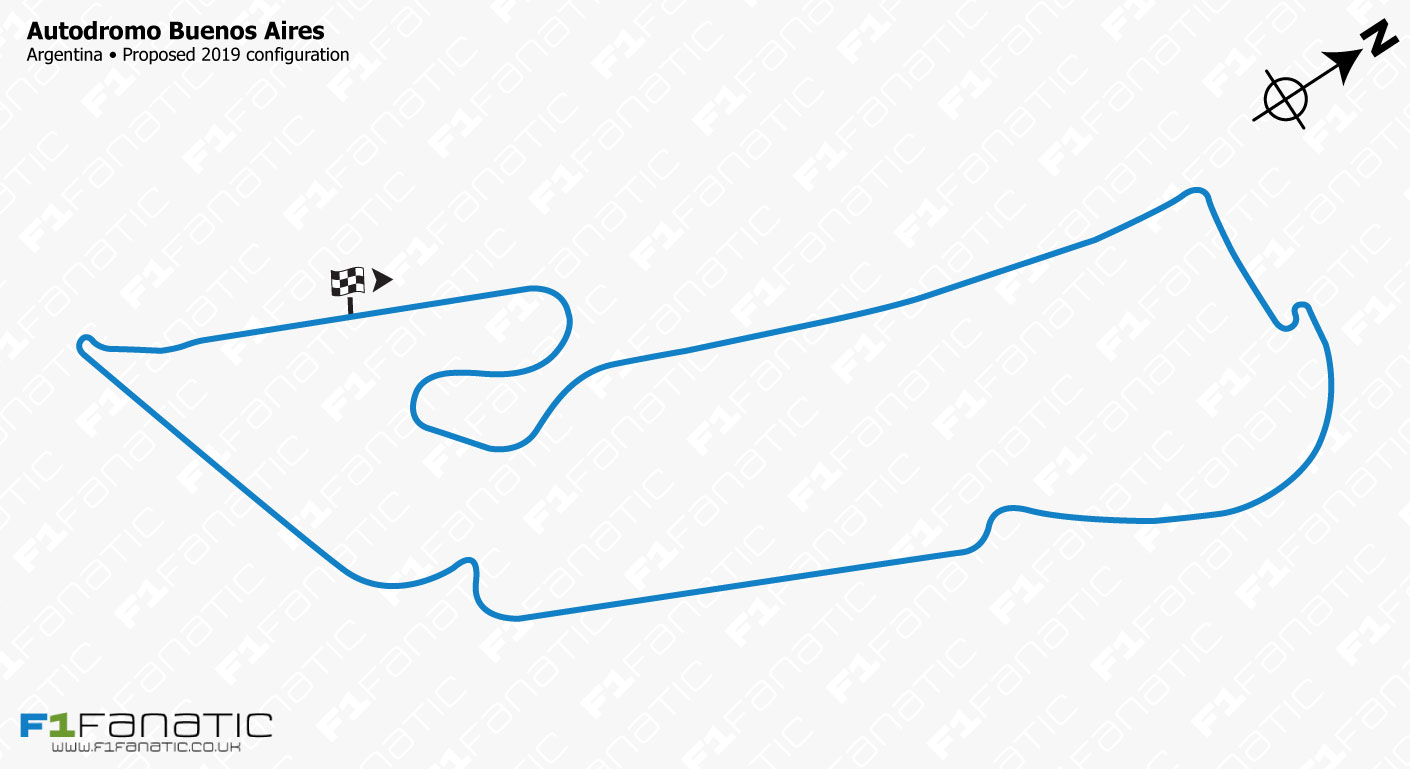 A new version of the former F1 venue in Buenos Aires, Argentina has been proposed by a company which was involved in creating Valencia’s Formula One street circuit.

The Autodromo de Buenos Aires Ocsar y Juan Galvez was recently visited by FIA race director and safety delegate Charlie Whiting with a view to a potential return in 2019. This design by Typsa was examined by Whiting.

The plan would incorporate a section of the circuit which F1 last used between 1974 and 1981. The loop around the lake was omitted when F1 most recently raced at the circuit from 1995 to 1998.

The proposed track configuration would be up to six kilometres in length. However none of the high-speed corners from the original long layout would be retained.

As well as creating a new, slower corner before the old ‘Curvon’ double-right at the northern end of the circuit, the bend would also be interrupted by a slow chicane. However, according to Carburando, Whiting has suggested this could be removed to retain some of the section’s high-speed characteristic.

Whiting also proposed modifying the final hairpin along the lines of turn one at the Circuit of the Americas, which has a wide approach to encourage overtaking.

The race promoters are hoping to revive the Argentinian Grand Prix for a slot on the 2019 F1 calendar. Argentina held 20 rounds of the world championship between 1953 and 1998.

Typsa, the company behind this design, provided technical assistance for the creation of the Valencia street circuit in Spain. The venue, which was designed by Tilke, held the European Grand Prix between from 2008 to 2012.

Thanks to Fer Morcillo for the tip.