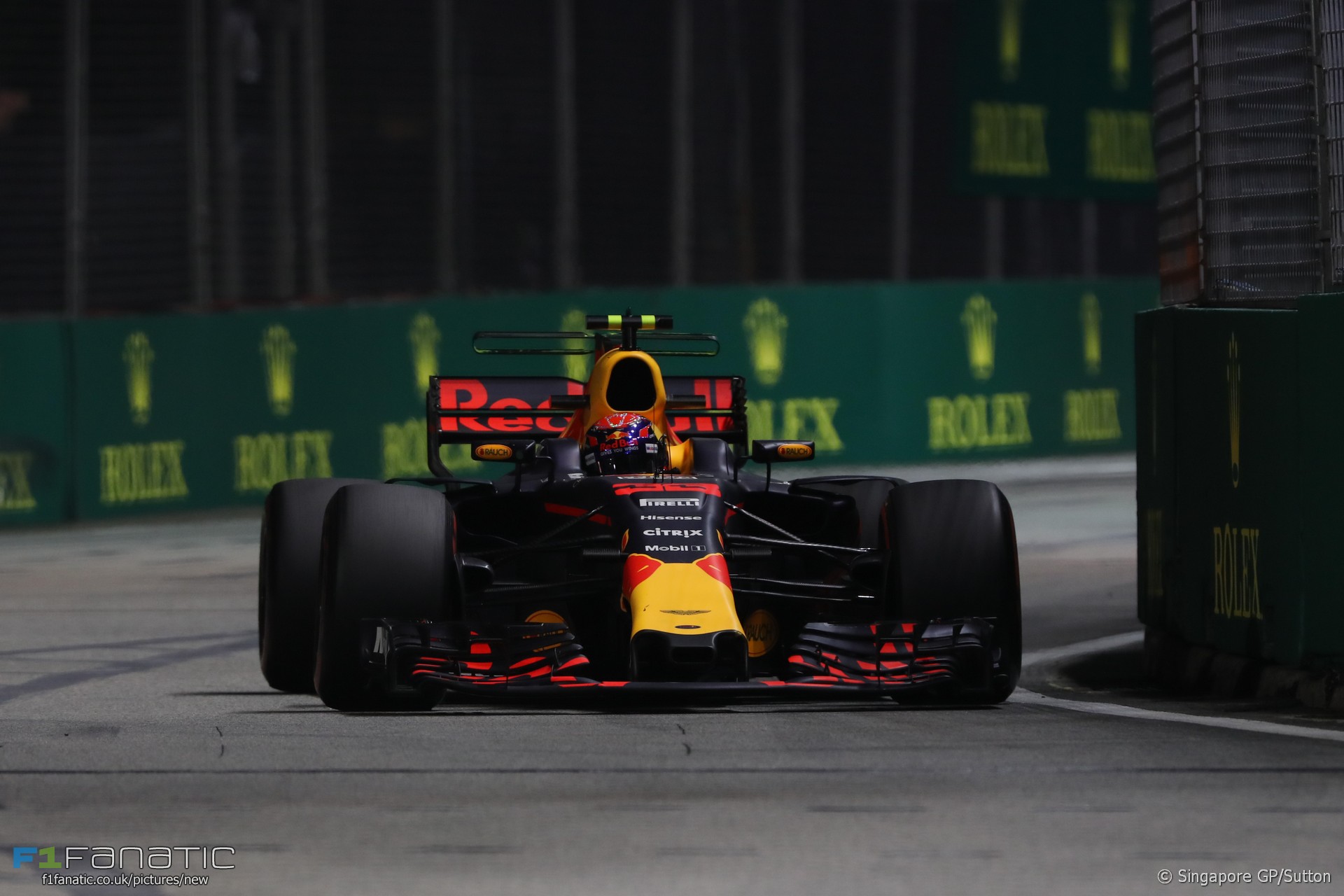 Max Verstappen was quickest for Red Bull in final practice for the Singapore Grand Prix, ahead of Sebastian Vettel and Lewis Hamilton.

Verstappen’s 1’41.829 was not the fastest time of the weekend but it was enough to give Red Bull a clean sweep of topping the timesheets for each of the three practice sessions.

It was a clear evening in Singapore as teams prepared for final practice around the Marina Bay circuit.

Sebastian Vettel and Lance Stroll both clipped the wall on the exit of turn 21 on early runs, but only minimal damage was done to either car.

The session was red flagged with just under half an hour remaining after Marcus Ericsson spun his Sauber into the wall on the exit of turn 19, causing major damage to the rear of the car.

In the closing minutes of the session, drivers prepared for their qualifying simulation runs on the ultra soft tyres.

Despite Red Bull’s pace, there was trouble for both the team’s drivers late in the session. Daniel Ricciardo clipped the barrier exiting the fast left hander of turn 10 and cruised back to the pits with minor damage, while Verstappen complained that his car was “shifting by itself” before pitting and resuming shortly after.

Verstappen’s 1’41.829 was not bested, putting the Red Bull driver quickest of all and reflecting the team’s genuine pace. Vettel was second fastest ahead of rival Lewis Hamilton, with the two McLarens of Fernando Alonso and Stoffel Vandoorne showing a surprising level of pace in fourth and fifth.

Enter your predictions for this weekend’s race before qualifying begins: