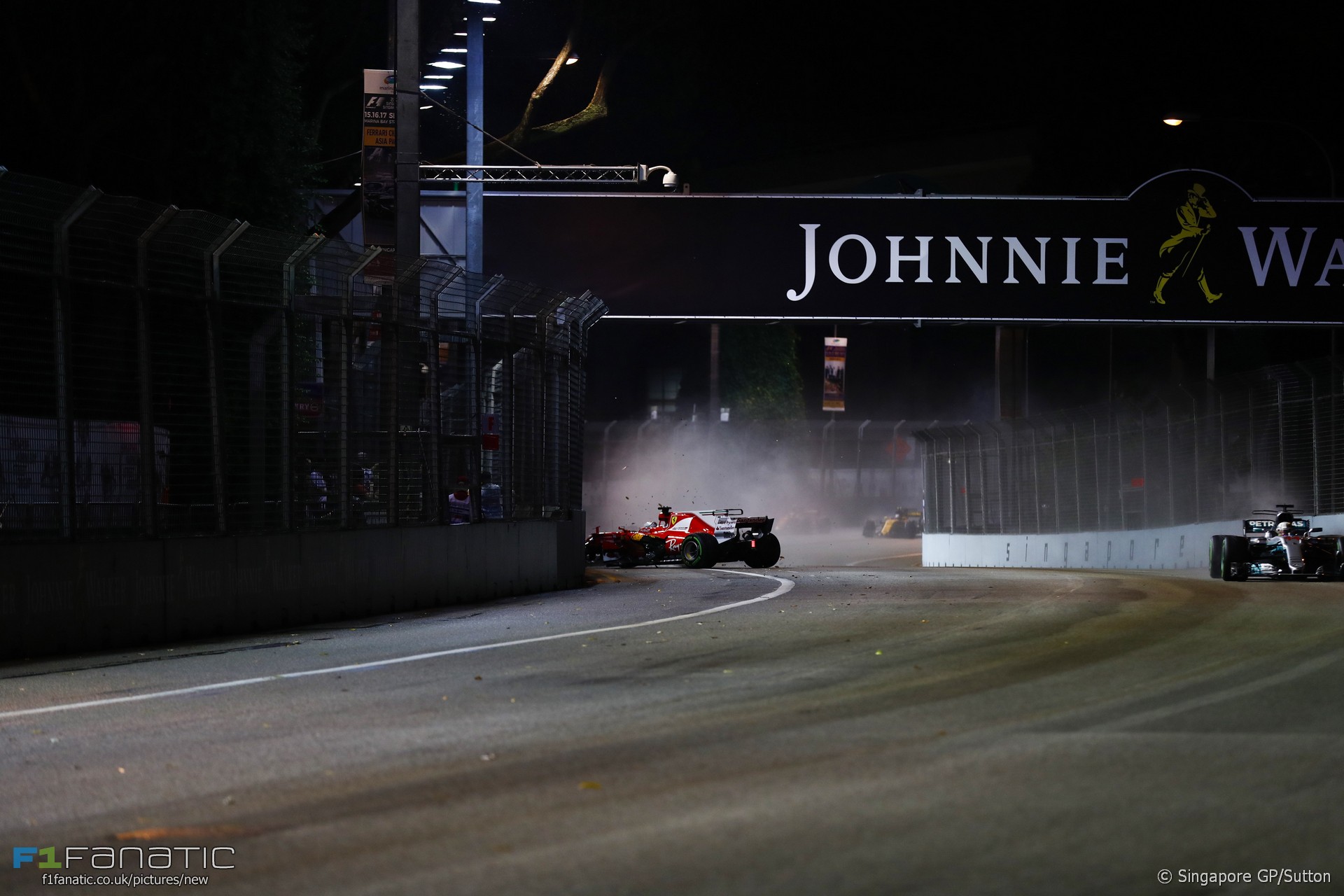 Lewis Hamilton revealed he was worried Sebastian Vettel was going to hit him when the Ferrari driver spun out of the Singapore Grand Prix.

Vettel spun out of the race in front of Hamilton on lap one. “It happened right in front of me,” Hamilton described afterwards. “I was hoping he wouldn’t collect me and obviously he didn’t.”

Vettel was one of three drivers who started in front of Hamilton and crashed out, allowing the Mercedes driver to jump up from fifth to first at the start.

!I was really focused on Daniel [Ricciardo],” said Hamilton. “I noticed he got a slightly better initial start and I got a better second phase of the start.”

“I saw Kimi [Raikkonen] got a lightning start. And I saw some commotion going on but I was just focused on trying to get into turn one and all of a sudden I’m alongside Sebastian and I was just hoping not to get collected or hit.”

“Sebastian I thought at the time made a mistake on his spin but now I know he got hit and had a damaged car. I was excited about racing him at that moment but what can I say. I came here thinking today was about damage limitation but I’ve come out ahead.”

Hamilton said he knew the rain would give him a better chance in the race.

“To come to a track which potentially was our weakest circuit and come away with a win like this and those points, it’s really such a fortunate scenario for us. I think ultimately we worked so hard so we are deserving of it.”

“When it rained I thought ‘this is it, I can win from fifth in the rain. I was so sure that I was going to be able to do something.”