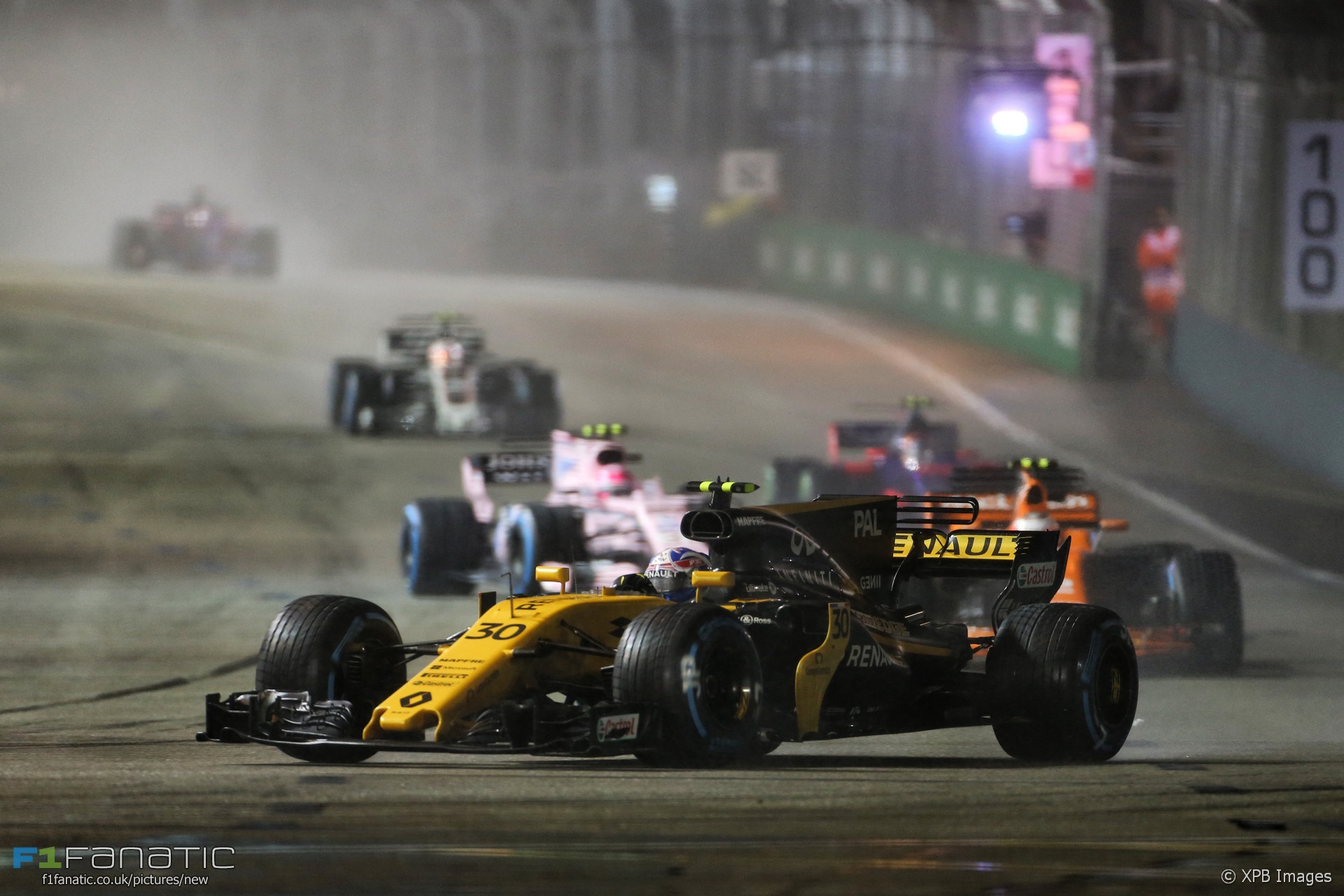 Jolyon Palmer expressed delight with his career-best finish in the Singapore Grand Prix.

The Renault driver, who is the subject of intense speculation over his future, predicted he will do even better at the next round in Malaysia. At the start of the weekend Palmer rejected claims he will lose his seat to Carlos Sainz Jnr before the Sepang race.

“I’m so happy,” said Palmer after taking sixth place in Singapore. “It’s been a long time coming but today everything fell into place.”

“It was a tricky race with the drama at the start and the heavy rain but the circumstances put us in a good place to score some points.”

“We had a good strategy, good pit stops and the car was good in the wet conditions. The next race should be even better.”

Managing director Cyril Abiteboul praised Palmer’s drive. “Despite the circumstances, he drove an error-free race on a night where it would have been easy to make many,” he said.

“He was able to help the team in its progress for the constructors’ championship, we now sit in seventh place and closer to reaching our goal for fifth position.”

Palmer’s team mate Nico Hulkenberg retired from the race with an oil leak.

“We feel very sorry and I want to apologise to Nico for having to retire his car,” said Abiteboul.

“We had an oil leak which translated in his car having to take a performance penalty in the earlier part of the race and even tried an intervention during a long pit stop. Despite all our attempts and a great teamwork from all his car wouldn’t have made it to the end so we retired for preventative measures.”