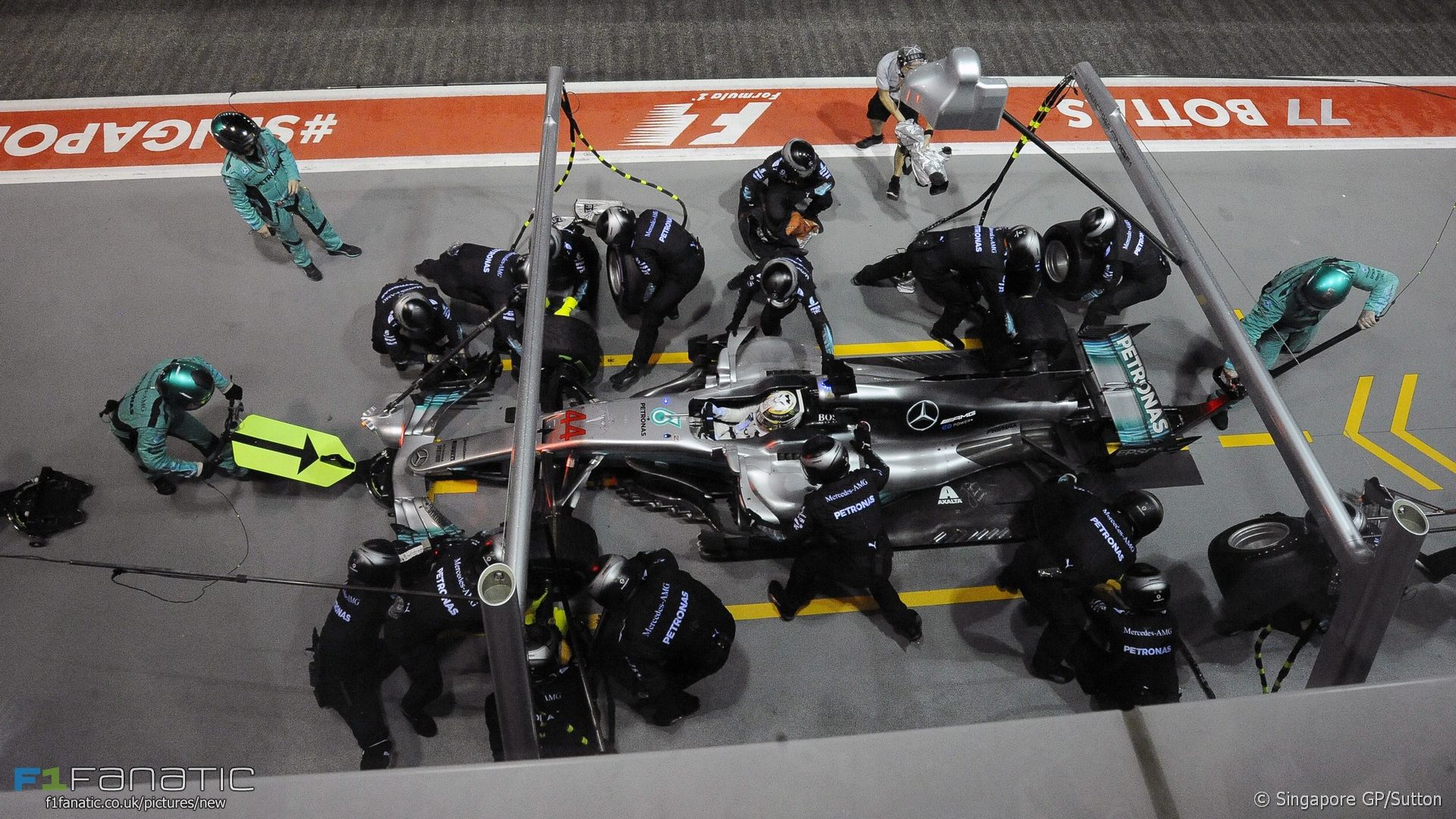 The Singapore Grand Prix was very unusual in that we saw a standing start in conditions poor enough for several drivers to use full wet weather tyres.

This will have owed something to strategy but was also influenced by the teams’ experience of running the two types of wet tyres – full wet and intermediate – at Monza. There several teams discovered problems with getting the intermediate tyres into its operating window.

Among them were Renault, which put both its cars on wets at the start. When the Safety Car made its second appearance they took the opportunity to fit intermediates, though it cost both of their drivers track position.

Carlos Sainz Jnr reaped big rewards for opting to run the intermediates at the start, eventually putting him on course for a best ever finish of fourth place. Sergio Perez achieved the best result of those who started on full wets.

Unusually, this race saw all five different tyre types make an appearance. Marcus Ericsson risked the soft – the hardest compound available – then ditched it shortly before crashing out. Sainz, meanwhile, ran to the chequered flag on a set of super-softs.