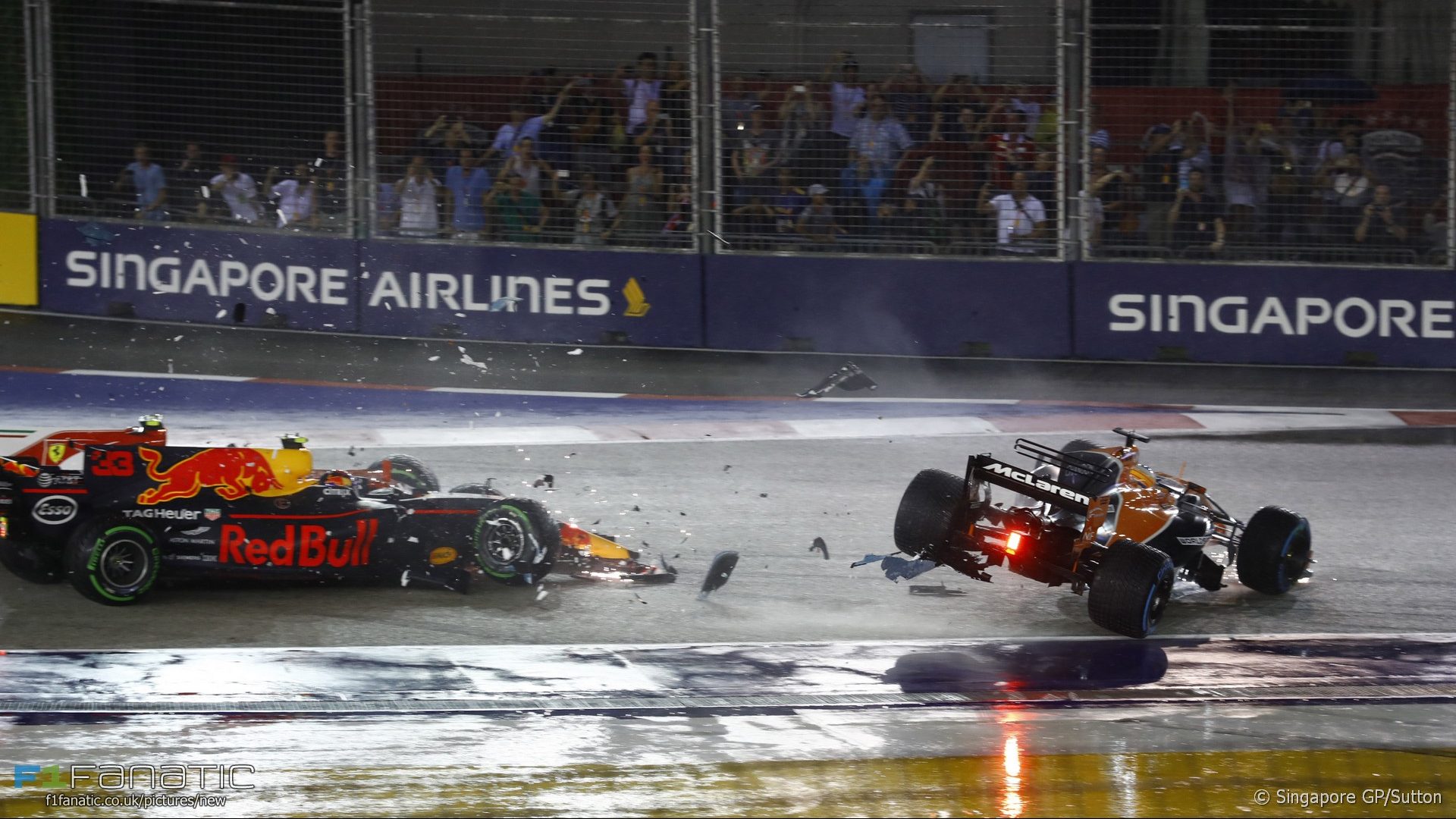 F1 drivers have defended the decision to use a standing start at the Singapore Grand Prix despite the wet conditions.

Daniel Ricciardo said the decision to use a standing start should not be blamed for the first-lap crash which led to four drivers retiring.

“I think the grid was fine,” said the Red Bull driver whose team mate Max Verstappen was among those who retired in the collision.

“Obviously unfortunate for the guys involved in the crash but I don’t think they can blame the decision of the stewards or Charlie [Whiting, race director] for starting the race. I think that was perfectly fair and fine.”

Lewis Hamilton said “it wasn’t that wet really on the grid” before the start of the race and defended the decision not to use the Safety Car to start the race.

“I think it’s always worse when it’s a rolling start and being that there is so much spray it would have just been a lot more dangerous, I potentially think. So, I think it was the right decision.”

“I think they were right to start it as a standing start,” agreed Ricciardo. “As Lewis said, the grid was not too bad.”

“I would say if it was a rolling start, probably nothing would have happened in turn one. Because normally it just goes off in order and yeah, probably would have been clean and less exciting for the fans.”

Verstappen, both Ferrari drivers and Fernando Alonso retired from the race as a result of the crash.