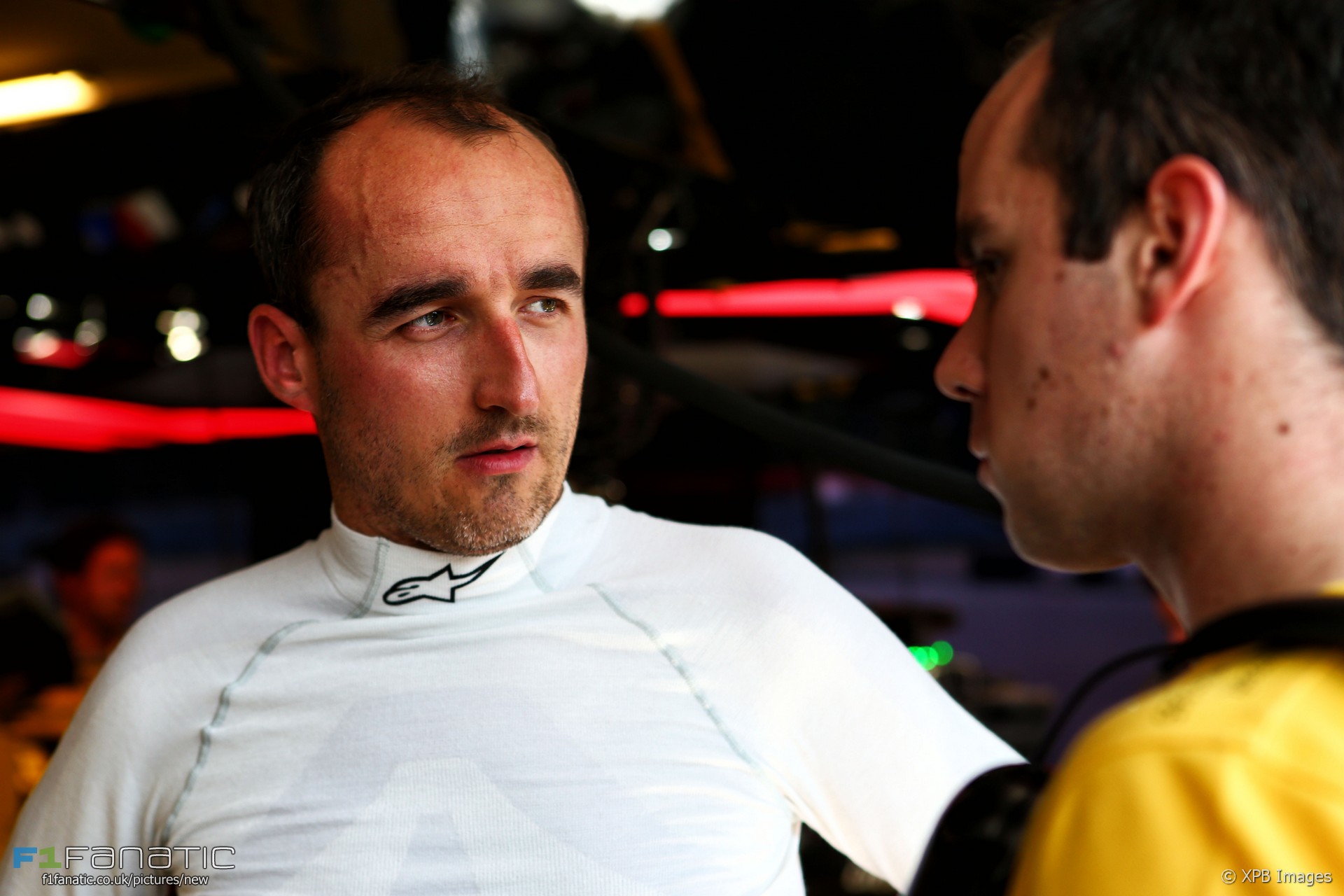 Robert Kubica has admitted his chance of making a return to Formula One is “very slight” despite his recent tests for Renault.

With Carlos Sainz Jnr set to join Nico Hulkenberg at the team next year there is no longer a vacancy for Kubica to fill. However he is believed to be under consideration at Williams as a possible replacement for Felipe Massa.

But Kubica told the FIA magazine Auto he believes his chances of returning are low.

“I am very realistic and I know that the possibility of my returning full-time to racing in Formula One is very slight,” said the 32-year-old.

“Every day, I discover my new limits, but I have always hoped that I’d at least get the chance to give it a go. I’ve done a lot of kilometres in the simulator and I’ve driven in other categories, but I knew that only driving a Formula One car would give me those special feelings again and that proved to be true.”

Kubica suffered serious injuries to his right arm and torso in a rally crash before the start of the 2011 F1 season. He admitted his recovery has taken longer than expected.

“Life had given me so much and then, in an instant, it took it all away,” said Kubica. “They say time is a healer but that wasn’t the case for me – in fact it made me suﬀer more.”

“At first I thought I’d get full functionality back quite quickly, but that didn’t happen and the improvement I was hoping for didn’t come. It was tough, but I realised I had to accept it. Once I managed that, I was able to embark on a new chapter.”

“The accident turned my life upside down, but I’m aware that a few centimetres more and I wouldn’t be here talking about it,” he added. “The biggest job I had to do was in my own head.”

“There were some terrible times in which I no longer felt up to it. It was worse than a physical pain, but now I can finally feel at peace with myself, because I’m back to being who I was – a Formula One driver.”