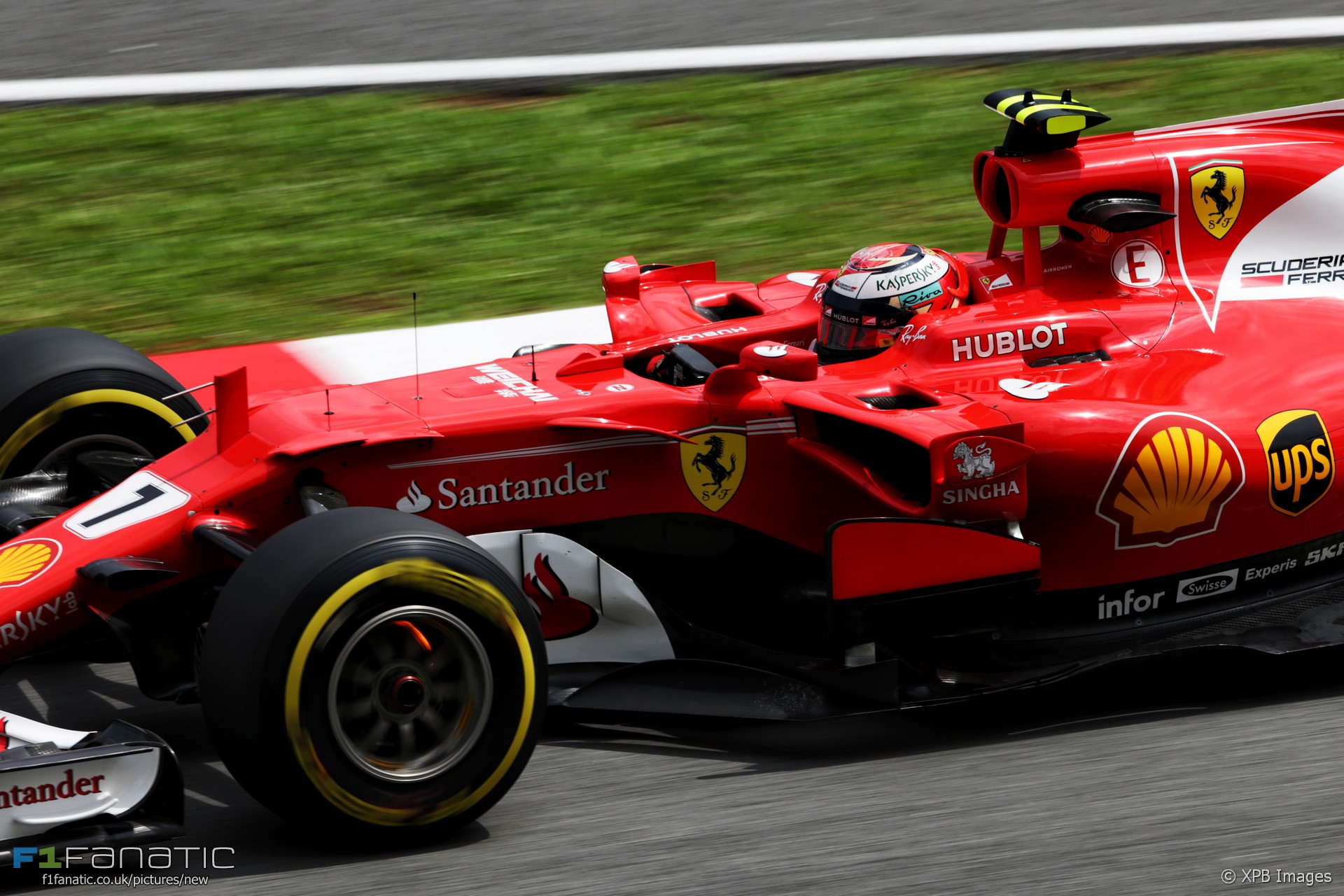 Kimi Raikkonen absolved his team of blame after failing to start the Malaysian Grand Prix due to a technical problem.

The Ferrari driver experienced a technical problem on his car on his way to the grid. He was pushed away from his starting position moments before the formation lap began and did not join the race.

Raikkonen, who was due to start from second on the grid, said he did not know what caused the failure. “I’m sure we will find out later but obviously it’s too early to say.”

However he said his team were not to blame for the problem. “It’s nothing that they did wrong,” he said.

“The car was working perfectly yesterday and all weekend and suddenly out of nowhere we had some issue today. It’s not blaming anybody, it’s one of those things that unfortunately happens.”

Raikkonen said the team’s problems was particularly disappointing given how competitive they had been at Sepang. Sebastian Vettel was unable to take part in qualifying after suffering a power unit failure during final practice which could not be repaired in time.

“It’s not been the easiest weekend,” he said. “I think car-wise, speed-wise we’ve been very good this weekend. But unfortunately Seb had issues yesterday with the other car and us today.”

“It’s disappointing but there’s nobody to blame. It’s one of those things.”

Raikkonen’s retirement is Ferrari’s first race-ending technical failure of the year. He has failed to finish on two other occasions due to first-lap crashes.