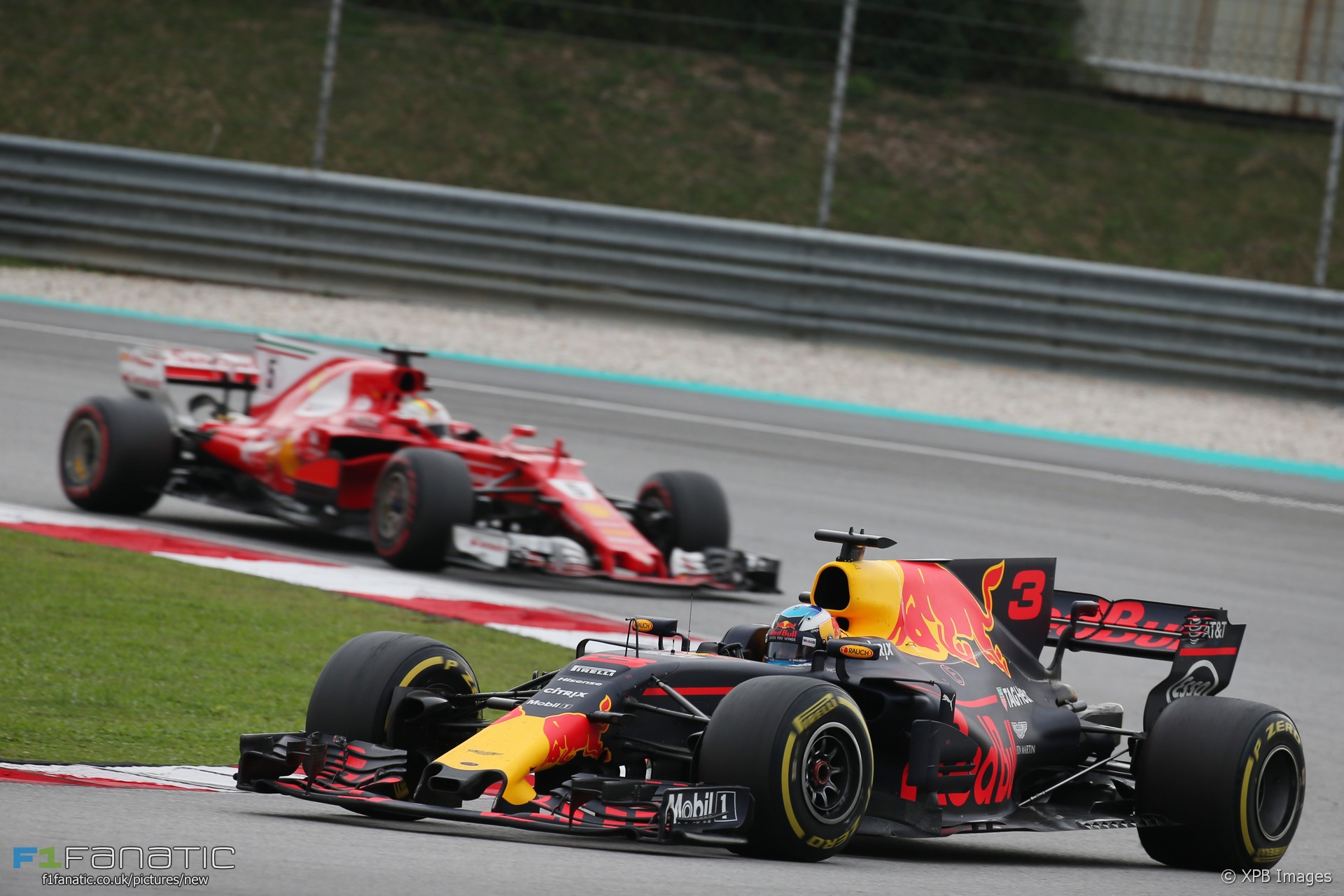 Daniel Ricciardo reckons Ferrari would have been hard to beat had they been able to start from pole position.

Technical problems struck Sebastian Vettel on Saturday and Kimi Raikkonen on Sunday in Malaysia. Raikkonen would have started from the front row but his car developed a fault before the race began.

Vettel started last on the grid after being unable to participate in qualifying and raced from the back of the grid to finish fourth behind Ricciardo.

“I think Seb showed if both Ferraris started at the front they would have been hard to beat today,” said Ricciardo.

However he believed the RB13 will be competitive at other venues later this year. “I think looking at Suzuka, Austin, we can be there I think in hot conditions we’re not going too bad. I think we can at least stand on this podium a few more times.”

Ricciardo said he was “not too disappointed” at finishing third while team mate Max Verstappen won. “I feel like I did all I could.”

“The only thing I think I would say is the start. Obviously Valtteri [Bottas] chose to go on the outside in turn one and that was the better line to take. The inside in the end was probably not the best choice, it was the more a conservative line and not the aggressive one.”

“Obviously then I lost time to Valtteri and that pout me too far [out of] reach to put pressure on Hamilton. Towards the end of that super-soft stint the pace was pretty good, we were starting to peel a bit of the gap. But then they pitted on the soft and again pulled out the gap. So didn’t really have the pace towards the end. Vettel was coming, so my race then was kind of just holding onto the podium and I was at least satisfied to do that.”

“I’m not too discouraged,” Ricciardo added. “Max obviously did really well. I’m happy to leave here on the podium. I won last year but it’s honestly never been my favourite track.”