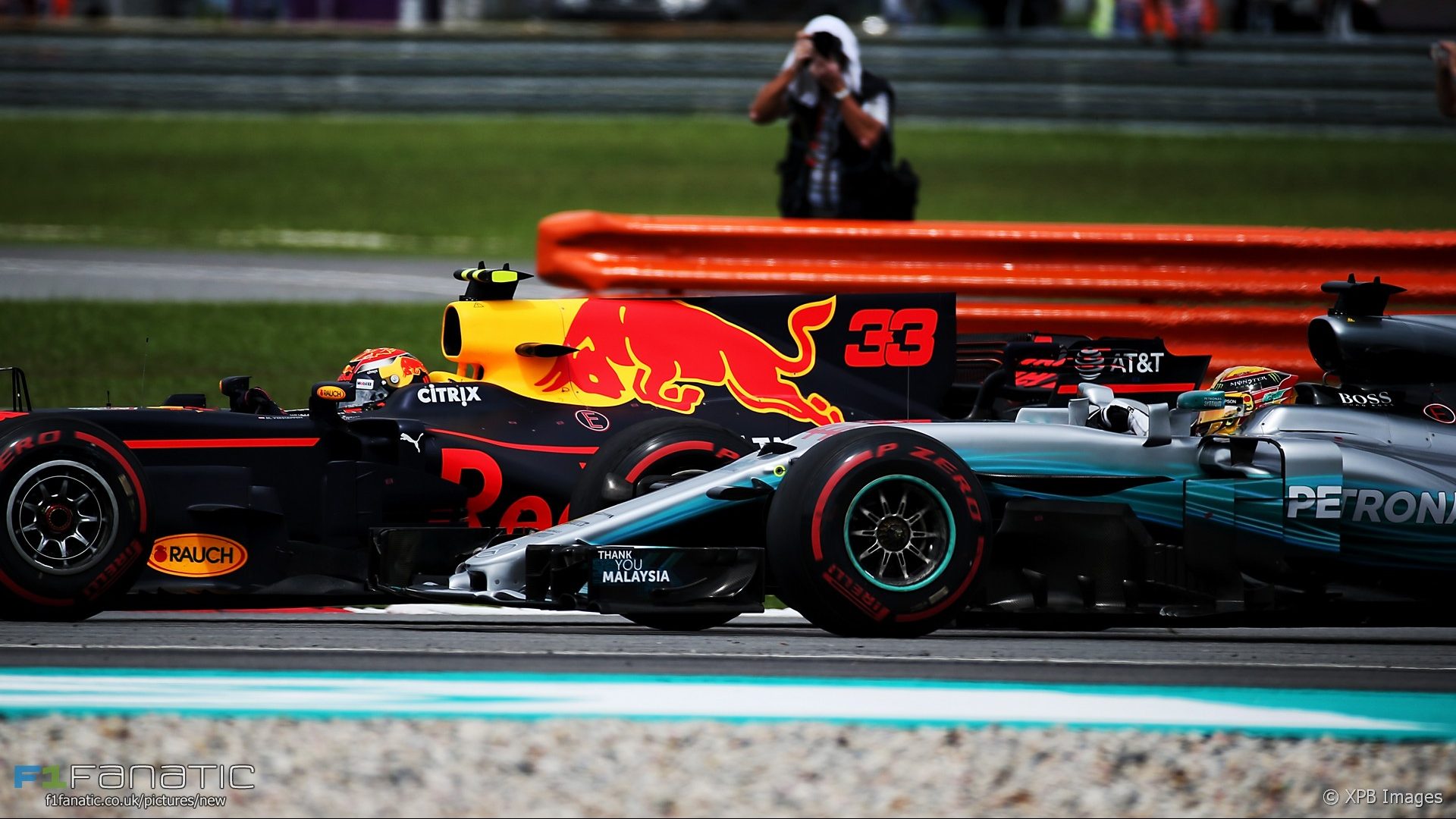 Lewis Hamilton says he didn’t make it difficult for Max Verstappen to pass him for the lead in Malaysia as he was thinking about the championship situation.

Hamilton started the race from pole position but said he expected Red Bull and Ferrari to be quicker, which meant he prioritised finishing in front of title rival Sebastian Vettel.

Verstappen passed Hamilton early in the race and went on to win. “Naturally I wanted to put up a bigger fight for Max,” Hamilton admitted.

“In my heart I would have put a bigger fight on. But then I have to think long-term and not so short so I didn’t make it too difficult for him to get by. And that’s difficult for me because I’m a fighter. But at the end of the day I needed to bag the points. They were quicker than us.”

Hamilton said he had some problems in his car at the time Verstappen caught him. “They were de-rating quite a lot so it made it easier for him to get close.”

The difficulties Mercedes experienced at Sepang prove their car is not as dominant as some have claimed, Hamilton said.

“People have been talking all year that we have the best car,” he said. “It’s a fact that some races the car has worked out to be better.”

“But overall I think globally we have not got the best car and we’ve done an exceptional job with what we have. There are some real big problems but I can’t really explain to you what they are. We really need to make sure we rectify them for next year’s car if we’re to have any chance to fight both these teams next year when they step up their game.”

“I think this year we can just stay there or thereabouts. I don’t know which one of these next races is going to be good for us and which races are not but we’ll do everything we can to try and stay ahead.”