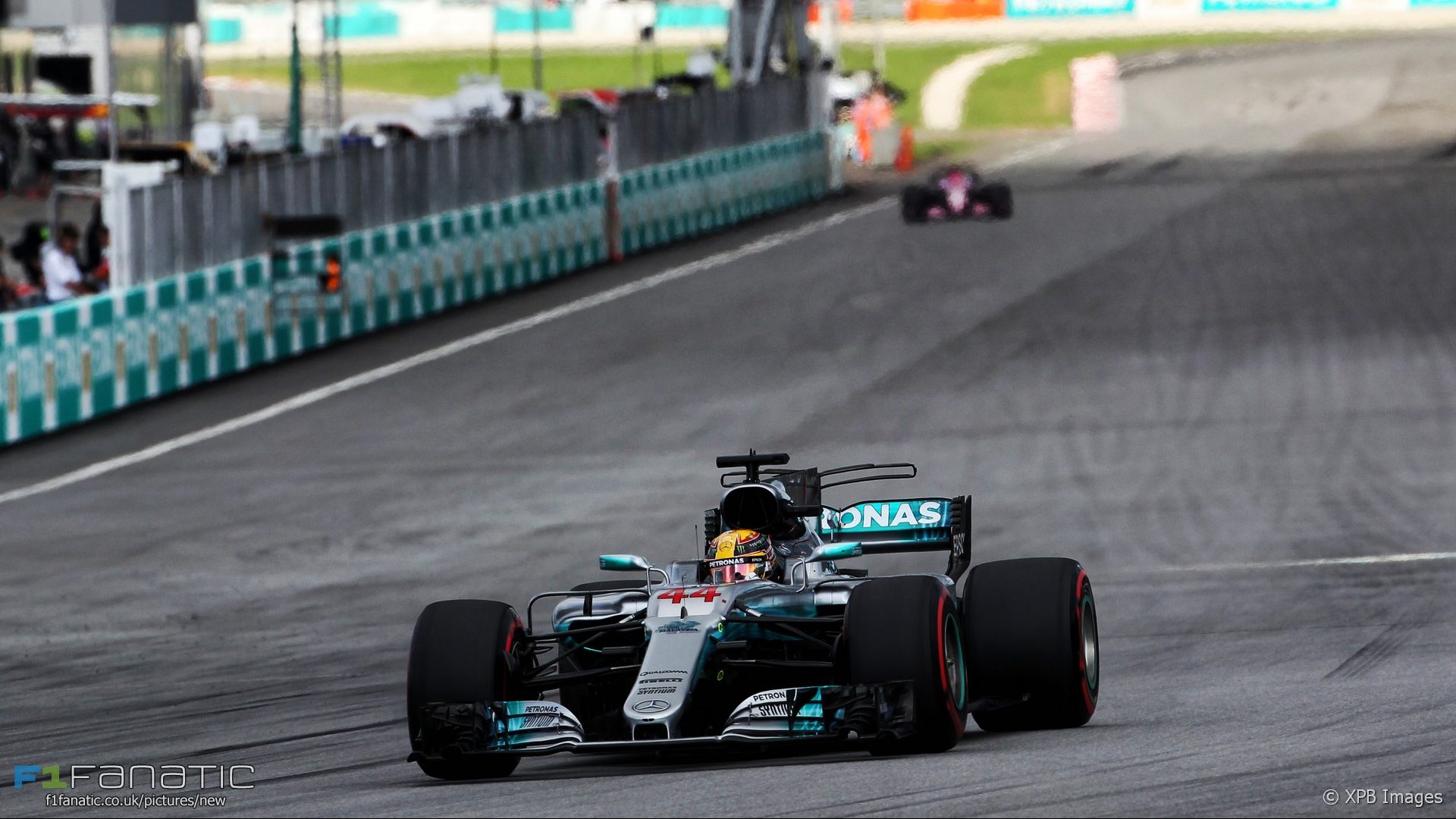 Mercedes executive director Toto Wolff says his team were fortunate to have as strong a result as they did in Malaysia.

The team’s fortunes fluctuated during the weekend. Having been almost a second and a half off the pace on Friday Lewis Hamilton took pole position on Saturday, thanks in part to Sebastian Vettel suffering a technical problem.

In the race Hamilton was unable to keep Max Verstappen’s Red Bull behind but didn’t have to worry about the other Ferrari of Kimi Raikkonen, which retired. He took second but was being caught rapidly by Daniel Ricciardo and Vettel at times during the final stint.

“It was clear after just a few laps that both Red Bull and Ferrari had better cars than us today,” said Wolff. “But we nevertheless managed to score a good number of points and extend our lead in both championships.”

Wolff said Mercedes “lacked a significant chunk of performance” at Sepang and “couldn’t have imagined such a good outcome” before the race.

“We leave Malaysia with a lot of question marks and we need to find answers to them in the next days and weeks, to ensure that we keep moving forward and racing at the front in the final quarter of this championship. We cannot get distracted by the fact we got lucky again this weekend.”

However Valtteri Bottas finished 45 seconds behind Hamilton in the team’s other car.

“Lewis did a fantastic job today to score P2 while Valtteri, just like over the rest of the weekend, struggled to match that pace and brought the car home in P5,” said Wolff.

“We know that gap doesn’t reflect his true level of performance, and it will be a priority for us to put two equally competitive cars on track next weekend in Suzuka.”

23 comments on “Mercedes “got lucky” in Malaysia, says Wolff”