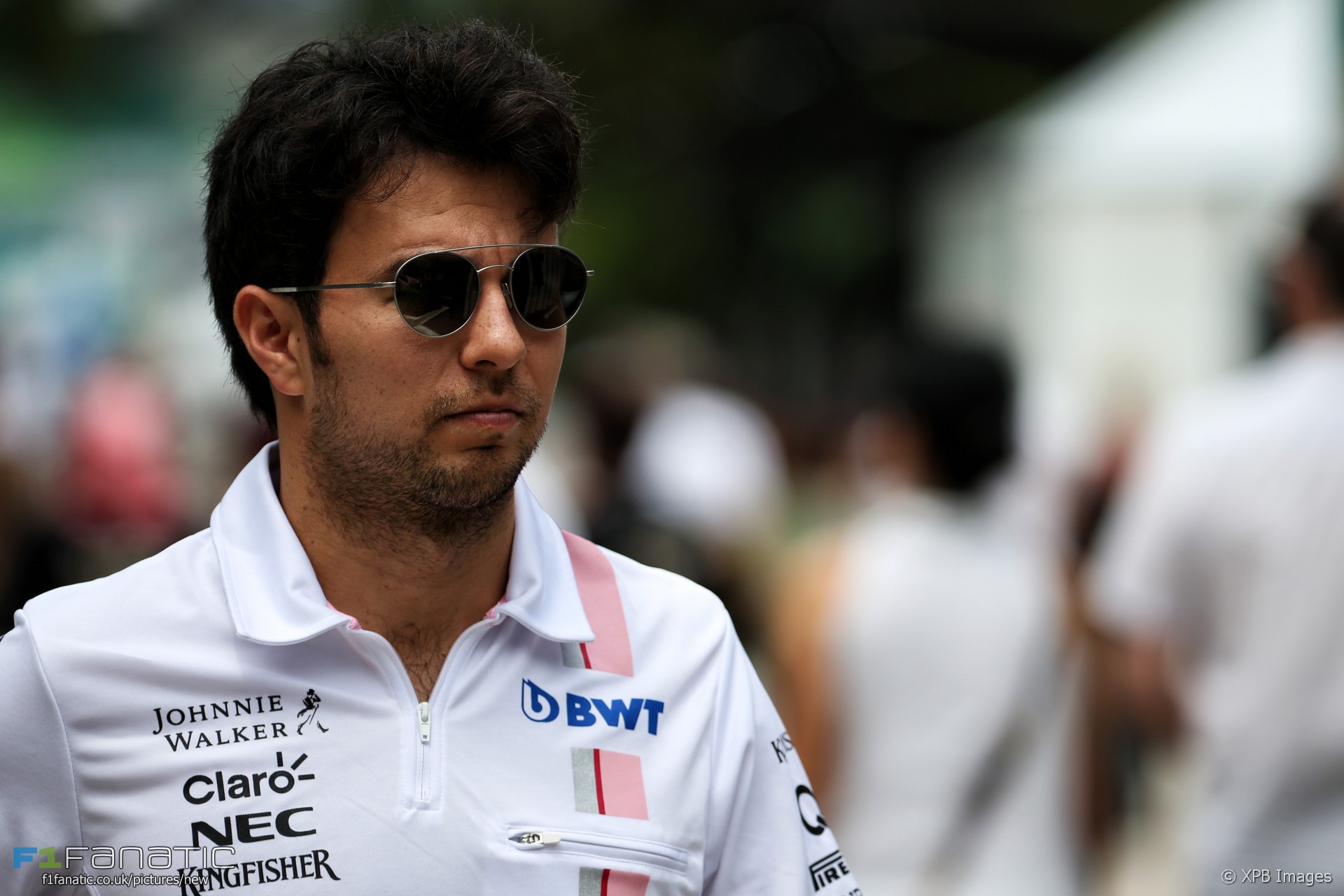 Sergio Perez thanked his doctors after finishing in sixth place at the Malaysian Grand Prix.

The Force India driver has been suffering with a stomach infection throughout the race weekend and said he worried he would have to pull out of the event at one stage.

“It was probably the hardest race of my career on a weekend in which I feared I would need to give up,” he said. “It is an amazing result just to make it to the finish.”

“I just kept going out of willingness to do it and I have to thank the doctors for helping me out.”

Perez started well and overtook one of the McLarens soon afterwards, but was unable to keep Sebastian Vettel behind.

“Having a good start was the key to my race and so was passing [Stoffel] Vandoorne during the first few laps,” he said. “After that, I was able to manage my race and it was all pretty uneventful.”

“We were able to extend the first stint and manage our tyres well. I was only under pressure from Vettel, but that was not really my fight. We scored some more important points for the team and I am happy to come home with a good result after such a difficult weekend.”

“I hope to be back to full fitness in Japan,” he added.

Force India’s deputy team principal Robert Fernley praised Perez’s efforts. “Sergio drove a pretty much perfect race, despite being unwell, and sixth place is a wonderful reward for his perseverance over the weekend.”