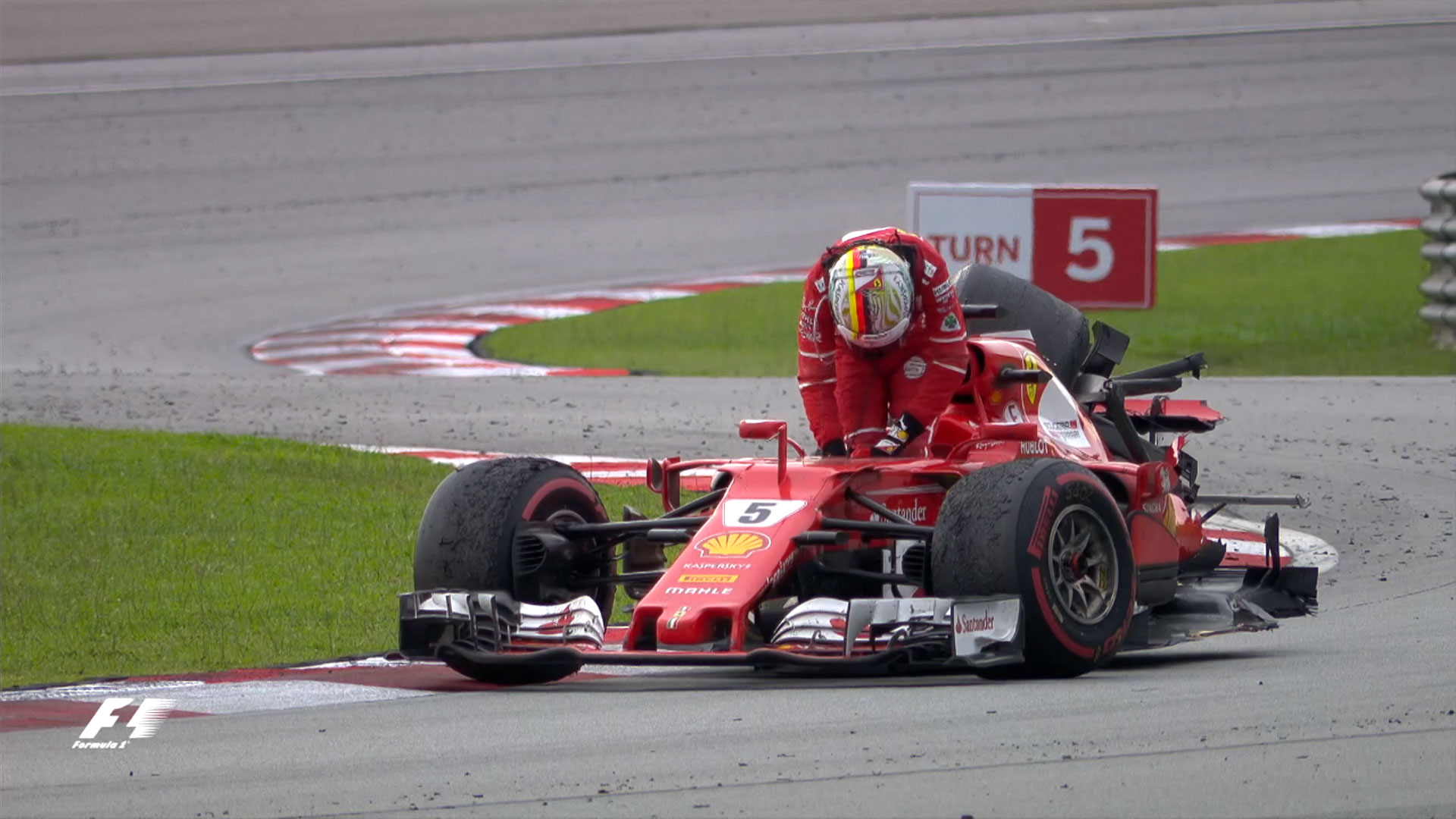 Sebastian Vettel’s championship hopes may suffer a fresh blow in this weekend’s Japanese Grand Prix as the Ferrari driver is likely to receive a five-place grid penalty.

Vettel is expected to need a replacement gearbox following the damage sustained in his collision with Lance Stroll on the slow-down lap following yesterday’s Malaysian Grand Prix. Drivers are required to use the same gearbox for six consecutive races, but Vettel only began using his current gearbox at last weekend’s race.

The impact tore the left-rear wheel and driveshaft assembly off Vettel’s car. As gearboxes must last for six races teams try to design these in such a way that minimises the possibility of driveshafts damaging the gearboxes.

As a full manufacturer, Ferrari has total control over this design as it builds its own power units and gearboxes. Nonetheless it is difficult to mitigate the effect of this type of accident. If the driveshaft has been pushed into the gearbox then a replacement will almost certainly be necessary.

Teams are allowed to change a limited number of internal parts of the gearbox without penalty. However any other parts which may need replacing cannot be changed without removing or damaging the FIA seals which are fixed to the gearbox, which means incurring a penalty.

The rules state teams can fit a new gearbox if the original is damaged “for reasons which the technical delegate accepts as being beyond the control of the team or driver”. Ferrari has already requested to take a penalty-free gearbox change, according to The Times, but the FIA has turned them down.

Ferrari may have made the request purely as a precaution. But if, as seems likely, Vettel does need a new gearbox, the subsequent penalty will mean he will not be able to start higher than sixth on the grid at Suzuka this weekend, a circuit where overtaking is particularly difficult.

That could hand Lewis Hamilton another chance to extend his championship lead. And if Vettel fails to take any points off his rival this weekend, Hamilton will be able to win the title by finishing second to Vettel in all the remaining races. 108 comments on “Vettel likely to get grid penalty at Suzuka”