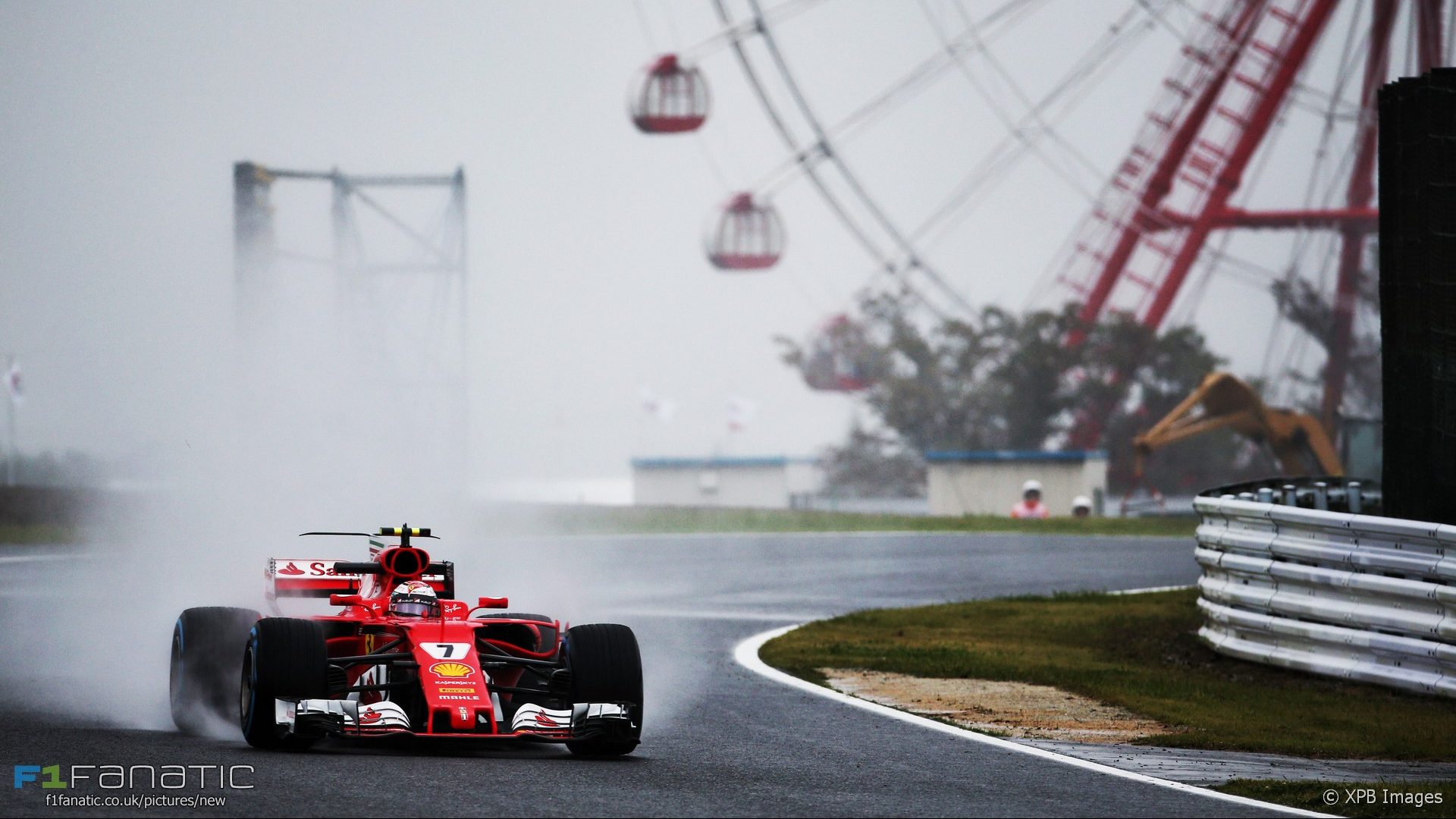 Lewis Hamilton was fastest in the second practice session at Suzuka but he was one of only five drivers to set times during a very wet session.

The world championship leader set a best time of 1’48.719 using full wet weather tyres on a very wet circuit. The pit lane did not open until halfway through the allotted 90 minutes of running due to the amount of standing water on the circuit. The rain later eased, allowing some drivers to set times, but returned before the chequered flag fell.

Williams and Force India were the only other team to send either of their cars out. Lance Stroll set a time despite running off the track at turn one after hitting a deep patch of water.

Nine other drivers performed installation laps but Red Bull and Haas did not send either of their drivers out and Pierre Gasly and Valtteri Bottas also spent the session in the pits.