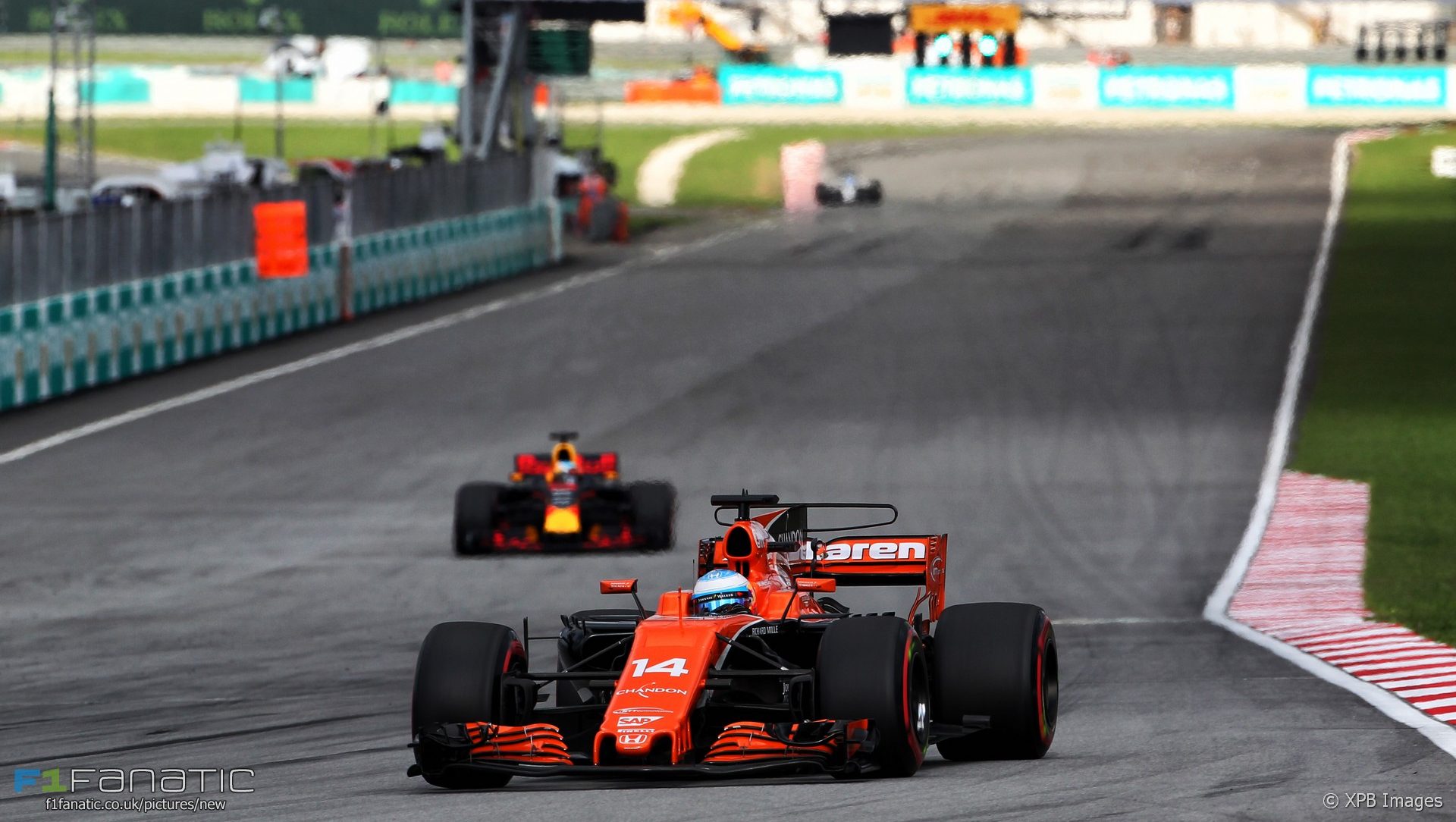 In the round-up: Fernando Alonso expects McLaren to match Red Bull’s level of performance in 2018 when they have the same Renault engines.

"We need to make sure we do our job on the chassis side because the engine can deliver wins as Red Bull prove. We need to match that performance with the chassis and that is a challenge for sure."

"I think our car will be in a much better position (in Japan), but Ferrari brought quite a big upgrade to the last race so it will be interesting to see that properly unleashed"

"Knowing what is going on internally, there is no panic, no big plans as a reaction."

"I don’t want to rely on fortune from the others’ misfortune,” Hamilton said. “Ultimately if it’s on personal performance from Sebastian, I’m not bothered about that."

Hamilton on the hunt despite F1 title lead (Reuters)

"Me and the car I think have lots of things in common - it’s got great potential but doesn’t always want to do what you tell it to do."

Hamilton position 'not comfortable at all' (BBC)

"I don't know if any of you guys can predict but I definitely can't predict what races are going to work and what are not. We thought we'd be stronger in the last race but we were way off but we still got pole and finished second."

'Starting from zero each year' detrimental to Honda - Alonso (F1i)

"Stoffel was better and maximised the car in qualifying, it was one-tenth-and-a-half but there were quite a few position in that and that had quite an impact on the first corner, meant I remained in groups behind the train of the leaders."

"It is certainly very competitive on a Sunday, but there is clearly a bit missing on Saturday in qualifying. We don't have that sort of 'magic' qualifying mode, but we are working hard on it."

Think Hamilton has the world championship sewn up? A charging Red Bull should make you think again (The Independent)

"There’s a school of thought of late that the fight is over, with Hamilton those 34 points in front. In truth, if Red Bull can keep up their pace here and in succeeding races, the real fight might just be starting."

3 years since the accident. I was exactly at the same track as I am now when it happened. We miss you and we'll never forget you ❤👊 pic.twitter.com/ANqH1azXqF

Yes, you were driver coaching me. I wrote all the things you told me that week-end. Thanks for the help this week-end mate 😅

I decided to stop racing. Many thanks to all those who believed in me and helped me in my career!

The emergence of a video showing Lance Stroll’s view of his collision with Sebastian Vettel in Malaysia hopefully drew a line under the debate. Here’s Jordi’s take:

Watching the video in slow motion, Stroll does drift away from the apex slightly. He’s turning in, but a bit less than what would be needed to make the corner around while keeping a constant radius.

On the other hand, Vettel seems to be getting closer to the inside at a bigger rate than Stroll goes to the outside. And as far as I can tell, Stroll’s right wheels were significantly to the left of the middle of the track, so Vettel had plenty of room to go around Stroll and pick some marbles.

Vettel had plenty of room to his right, and absolutely no reason to get so close to Stroll while passing him. Stroll might have been able to take a tighter line, but that doesn’t take away the fact Vettel had a whole highway for himself and chose to crowd Stroll for whatever reason.
Jordi Casademunt (@Casjo)