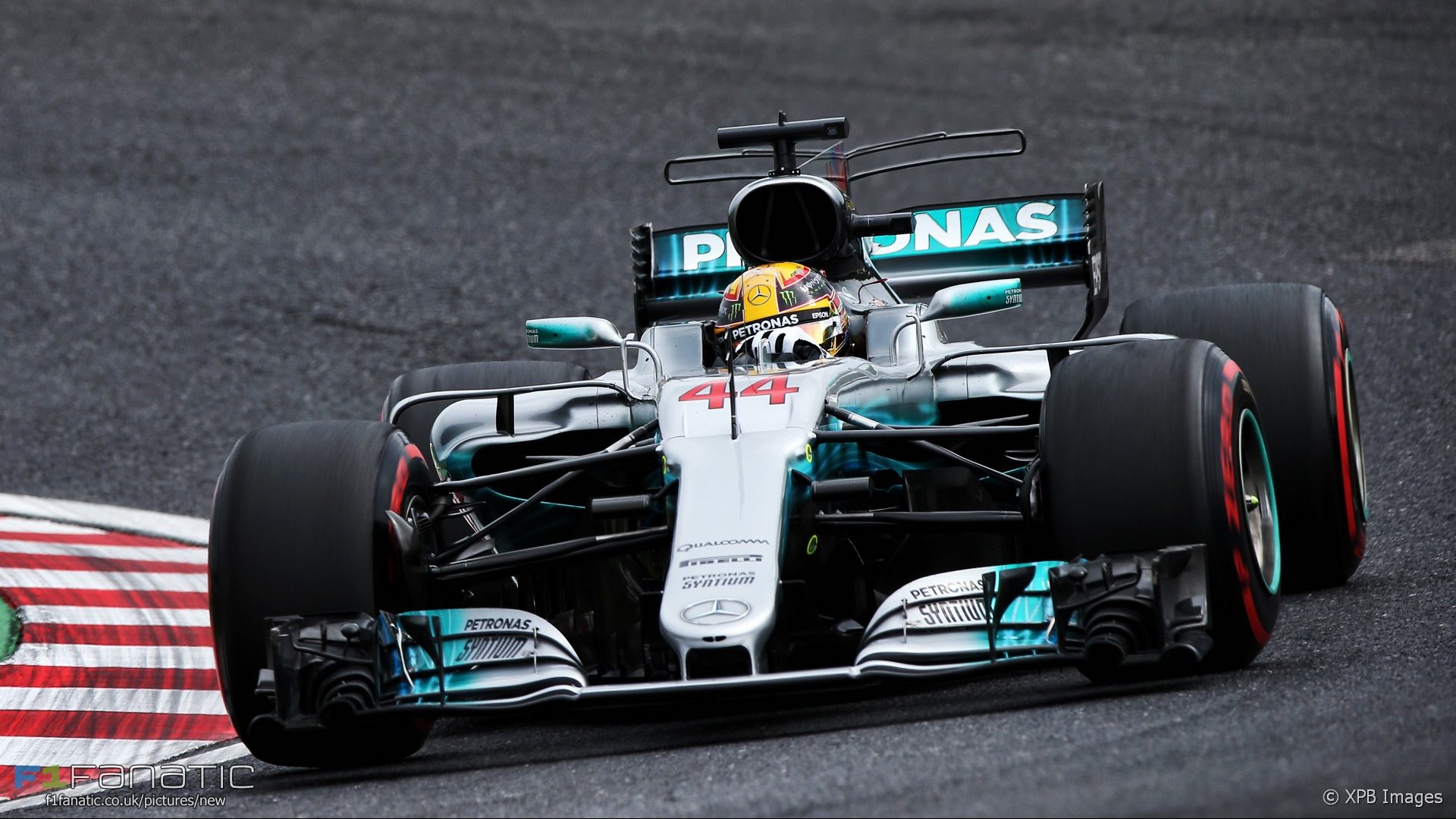 Lewis Hamilton took his tenth pole position of the season and his first ever at Suzuka after dominating qualifying for the Japanese Grand Prix.

The Mercedes driver led a one-two for his team, though Valtteri Bottas has to take a grid penalty which will drop him off the front row.

That means Sebastian Vettel, who originally qualified third, will start tomorrow’s race alongside his championshiop rival.

A heavy crash for Romain Grosjean brought an early end to Q1 and thwarted several drivers’ attempts to progress to Q2. The Haas driver got out of shape after touching the kerb at turn three, ran wide at the next corner and then spun into the barriers, finally coming to a stop at turn five.

Haas had noted Grosjean’s car was running too low on his previous run. He was also one of several drivers to complain about being held up by a rival.

Among those was Lance Stroll, who believed both his laps were compromised by traffic. That left him in the drop zone, and Grosjean’s crash left him unable to improve further, ending his session.

Pierre Gasly, one of the drivers Stroll blamed for his delay, also failed to progress beyond Q1, as did the Sauber pair.

As Kimi Raikkonen and Valtteri Bottas both have five-second grid penalties for the race, Ferrari and Mercedes sent them our on soft tyres to put them at a strategic advantage. Both drivers made the cut on their softs.

That meant the contest for fastest time was between their team mates, and it was a fairly one-sided fight. Hamilton’s 1’27.819 was six-tenths of a second quicker than anything Vettel could manage.

The Red Bulls and Force Indias claimed their places in Q3, as did the sole Williams of Felipe Massa. The last car to join them was Fernando Alonso’s McLaren, which narrowly edged the team’s other car out of a place in the final ten.

Both Renaults dropped out too, Jolyon Palmer making a small mistake at the chicane. Nico Hulkenberg complained of growing understeer in his car.

Hamilton continued to assert his supremacy at the beginning of Q3. A lap of 1’27.345 was six-tenths quicker than his team mate could manage.

Bottas, who’d gone off at Degner earlier in the session, continued to look uncomfortable on his first run. However his second effort looked more assured and he halved the gap to his team mate.

That proved significant as Vettel was unable to get any closer to Hamilton, leaving him third, which will become second after penalties have been applied. Bottas will start seventh.

Raikkonen made a mistake at Degner on his first run and headed for the pits afterwards. His final run was only good enough for sixth behind the Red Bulls.