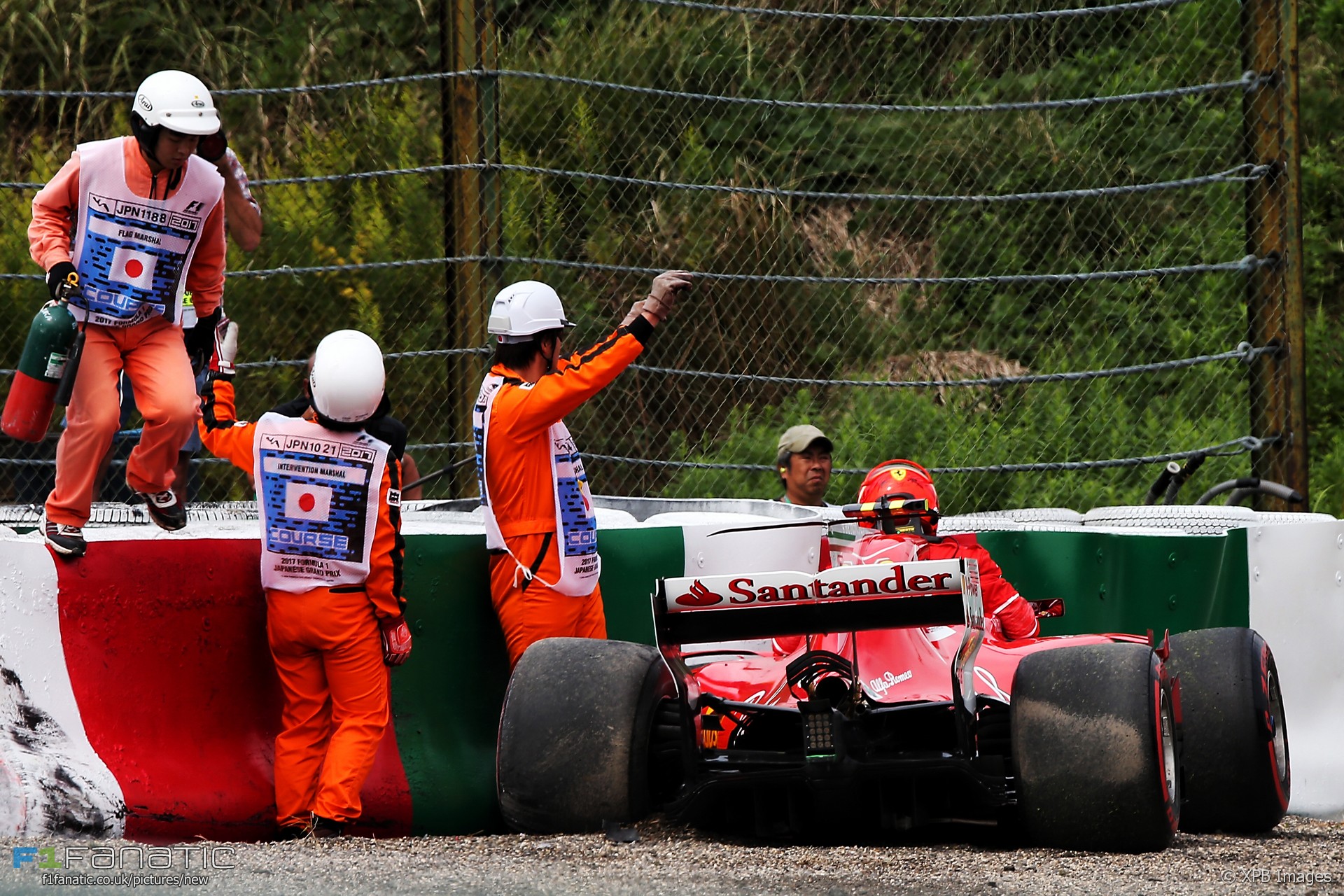 Kimi Raikkonen says his crash during final practice meant he went into qualifying unsure about his car.

The Ferrari driver set the sixth-quickest time in the session but will take a five-place grid penalty as his team had to to replace the gearbox which was damaged in the crash.

Raikkonen said his team “did a great job” to rebuild his car in time for qualifying. “But obviously you pay a price for mistakes.”

“I made a mistake today, we had to change the gearbox and obviously was far from ideal to prepare for qualifying. Especially after yesterday’s little running on the track.”

Raikkonen made it into Q3 but then abandoned his first attempt at a lap. He said the car “felt OK, but obviously when I had to really push I made a mistake in the first run in the last qualifying and then pretty average lap time on the second.”

“But it’s a bit tricky after the mistake that I did then obviously not really knowing where we should be,” said Raikkonen. “I think it’s the consequences of missing or crashing in the wrong moment of the weekend.”

“Obviously it’s not an ideal starting position but we should have a good car so we’ll see what happens,” he added.

Raikkonen’s team mate Sebastian Vettel qualified third. He will start the race from the front row of the grid alongside Lewis Hamilton as Valtteri Bottas, who originally qualified second, also has a five-place grid penalty for a gearbox change.