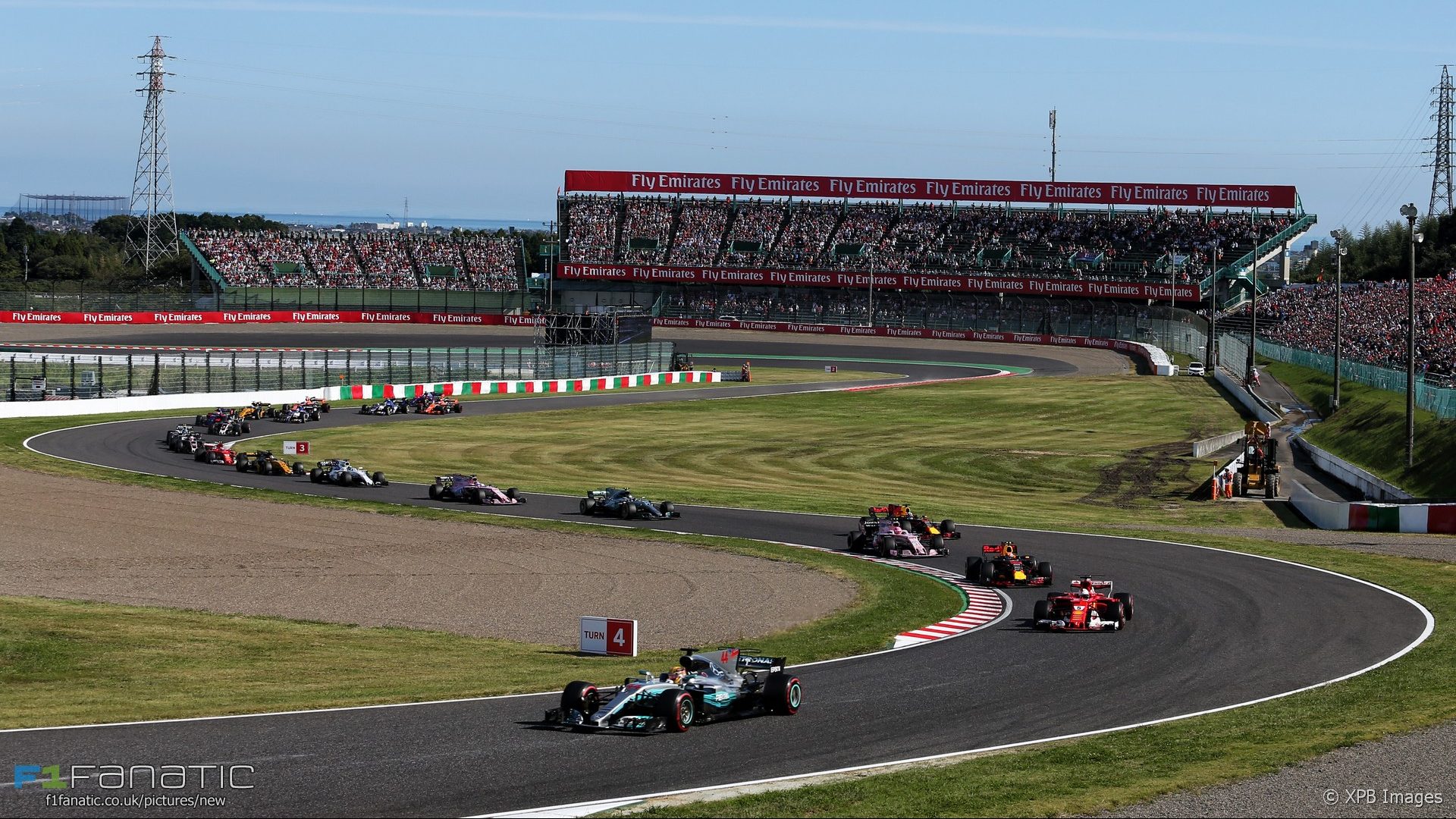 Hamilton can win the championship at the next round of the season but isn’t prepared to say he’s got one hand on a fourth title.

“Of course he’s been very unfortunate, through no fault of his own. These things, it sucks the reliability thing, these engines are so complex.”

“All I can really say is my guys do such a phenomenal job, they’re so meticulous, faultless with their procedures and processes that go back at the factory. So a big thank you to everyone back at the factory, both Brixworth and Brackley do an amazing job and I hope I’m making them proud.”

Vettel’s retirement removed Hamilton’s biggest threat from the race and he duly scored his eighth win of the season. But he came under attack late in the race from Max Verstappen.

“For the first half of the race, it was very well under control. The second half was a lot harder.”

“The tyres, balance of the car, traffic that we were getting a lot of the time. And with the VSC, which I did a great job under, the front tyres weren’t working so I had massive understeer, all of a sudden he was on mew. And he looked so big in my mirrors.”

“I’m pretty grateful the car stuck together and I didn’t make any mistakes so really proud of that.”