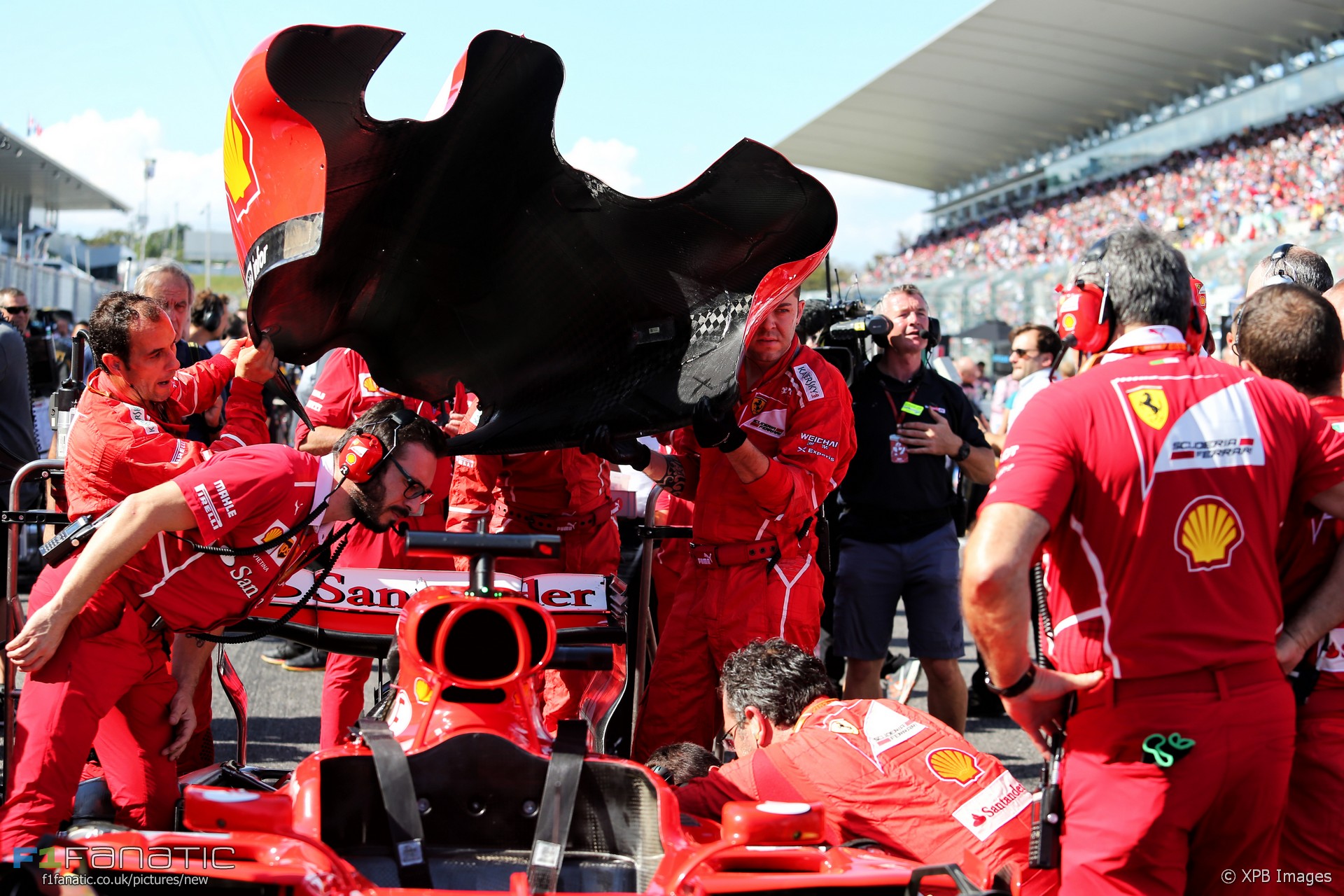 Ferrari confirmed a spark plug failure caused his retirement shortly after the start of today’s Japanese Grand Prix. One week ago in Malaysia he was unable to take part in qualifying due to another problem with his power unit.

“Of course it hurts and we’re all disappointed,” Vettel told the media at Suzuka during the race. “But now I think the best is to get back, get some rest, go flat out for the last four races and see what happens.”

“I think I need to protect them. We’ve done an incredible job so far, obviously bitter the last two races with the reliability issues. But it’s like that sometimes.”

Lewis Hamilton extended his championship lead by winning in Japan and can clinch the title at the next round. Vettel is now 59 points behind with up to 100 available over the remaining races.

“We still have a chance this year,” said Vettel. “Obviously it’s not as much in our control as we would like.”